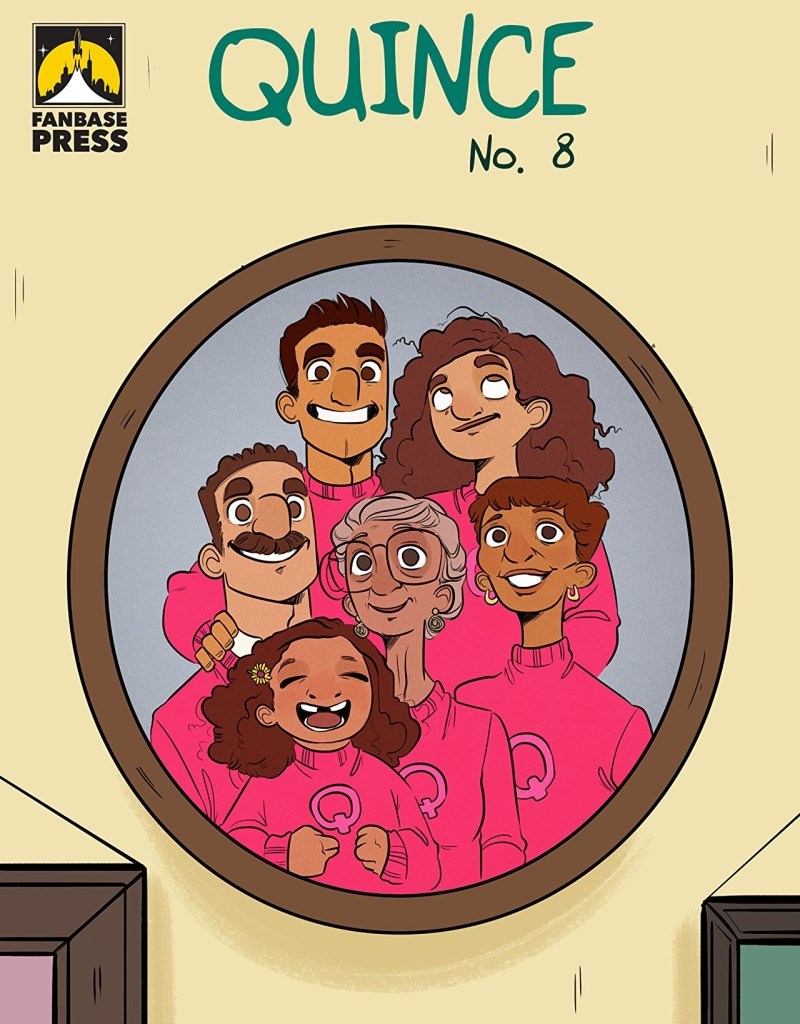 Lupe is an established crime fighting superhero in her city with the admiration of her peers, she has cute threads to wear while she’s out saving the day and…if you needed a reminder from the end of last issue: Devon goes all HEART EYES when “Q” is around or mentioned. Life is good, fam. Lupe pulls up to her bedroom window early one morning after doing what she does to find her entire immediate family posted up waiting for her. YIKES. 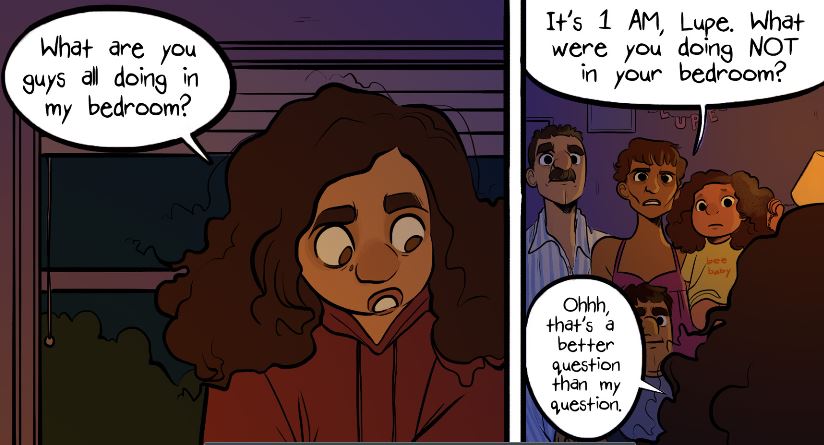 Lupe begs Abuela (who came late to the party cause OG’s need their beauty rest) to come to her rescue and help explain. It doesn’t even matter because none of them will believe the truth until some photo evidence is brought into the room via social media. Hah. Look, there are many ways for people, your family especially, to react to you when you reveal your superhero identity and how Lupe’s fam reacts is as hilarious as it is unique. The whole setup to the reveal is comedy in itself. 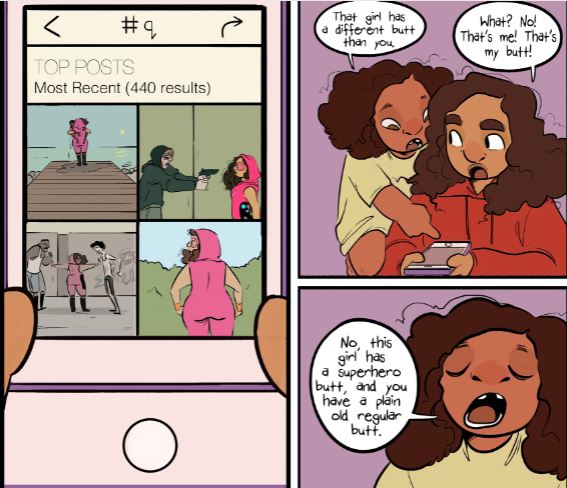 This issue ends on a hopeful, feel-good note. There’s a spectacular page of Lupe rescuing a family (AND ALL THE DOGS) from an apartment fire. When she touches ground, her family is there to celebrate and congratulate her. We’re surprised with a super cool plot development at the every end which will throw you for a loop in the best way, leaving this issue riding on yet another high.

9.2 special slow dances to Selena songs out of 10

Purchase this issue of Quince on Comixology. If you like what you read so far, consider pre-ordering the trade paperback which will be available later this year collecting all fifteen issues.