type in your search and press enter
7 Shares

I met Nerdcore rapper and producer Sammus aka Enongo Lumumba-Kasongo back in 2017 at Geek Girl Con in Seattle, Washington. I liked her style immediately. She was soft-spoken and genuinely engaging in our interview with her. On stage that year at GGC she was something else — fierce and full of energy. Sammus has gone on to do so much more, including earning her PhD from Cornell. Her latest project, ENONGO, is seeking crowdfunding. It is a feature-length documentary project inspired by her life story with original, hand-drawn animation sequences from a team of six talented Black women.

Sammus’ music tackles various subjects including race, feminism, video games, the music industry, mental health, and the complexity of relationships. Inspired by the iconic feminist bounty hunter protagonist of Nintendo’s Metroid video game series, Enongo adopted the stage persona “Sammus” to tell her story and experiences through her music. Sammus is an amazing lyricist and beat stylist with a hard nerd edge. Hailing from New York state, she is a woman with a story to tell and a dope crew of Black women behind her. Her music is available on her website: Sammus Music. In addition to 4 discs and numerous singles, Sammus is also an accomplished educator and activist.

“A major goal in my career as an artist is to provide representation for Black women and show the multiplicity of our stories. Enongo has such a unique voice in hip hop music and I’m really looking forward to visualizing her journey.”
– Christa Carr

“Once I heard [Sammus’ song] ‘Mighty Morphing’ for the first time, it resonated on a spiritual level; it was me described so eloquently. Enongo is unapologetically Black, yet not afraid to be vulnerable. Her story is inspiring and I’m honored to work on this project. This film is needed.”
– Shammah McVay

“…Enongo will be an emotional journey for all of us, I think, because we are all going through that struggle of life, trying to figure out who we are, what our purpose is, and Enongo shows that in both her personal life and music. To have the opportunity to express her life through animation is something I will do my best to reflect as best to her character as I possibly can!”
– Leah Coleman

“I wanted to be a part of this project because I love the style and feel of the documentary. Since I’m a 2D animator, I wanted to provide great visuals to go with this great film.”
– Ariel Paxton

“Working on a film about a fellow Black female artist fills me with so much joy. Enongo’s music is so inspiring and I can’t wait to share her story through my art.”
– Brooklyn Lee

“As soon as I heard of Enongo, I was intrigued. It’s not every day you hear of someone with so many talents and skills. I’m excited to be a part of the team that helps bring her story to life for the masses!”
– Jessica Honore

Live action filming of ENONGO is nearing completion, and editing is well underway. Yet the creative team noticed something was missing from the narrative on a cinematic level. They had little visual record of Sammus’ past, and no way of visually showing what is going on inside Enongo’s mind. They realized that the best way to bring those separate but crucial chapters of her journey to life was through animation. So the mission now is to include some original, frame-by-frame, hand-drawn animation — conceived, designed, storyboarded and brought to life by a team of six young, Black women animators from across the country.

These animation sequences will shed light on Enongo’s complicated upbringing as a child of West-African immigrants living in mostly-white Upstate New York, her battles with mental health, how the feminist icon of video game heroine Samus Aran inspired her, and other key aspects of her narrative. I’m so overjoyed to see this team of Black women working on this project about a fellow Black woman and taking charge of not just how we present ourselves on screen but who is allowed, who has the agency to do so.

It’s exciting to see and certainly inspirational! By reaching the team’s minimum goal of at least $20,000 (and hopefully surpassing it!), they’ll be able to finish roughing out, drawing, and clean-up on their amazing animation sequences to add to the documentary film. Along with wanting this team of Black women animators to win, I’m ecstatic for more folks to know about Enongo Lumumba-Kasongo, her music and her life story. 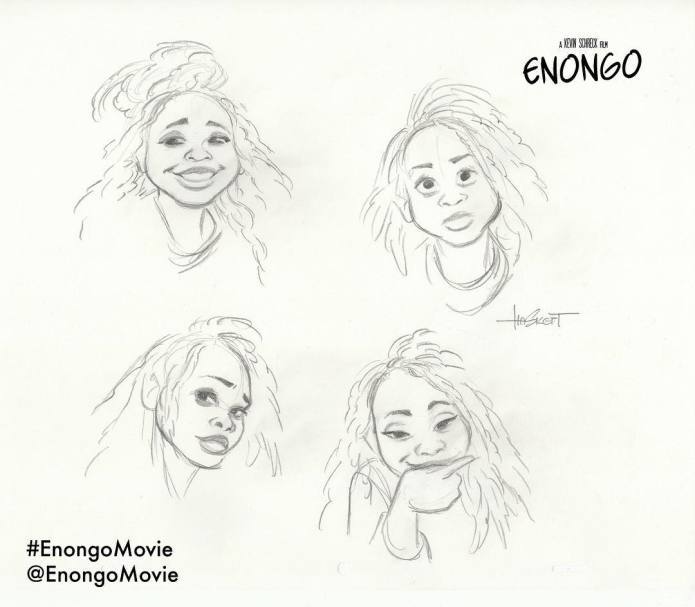 WE FINALLY MADE IT to $10,000 / 50% of our minimum goal!! YOU DID IT! Thank you, thank you, thank you! Keep it coming & keep this project alive — Support hand-drawn animation and Black women #animators, and DONATE to the #Enongo #Animation Fund!: https://t.co/Io5jvOuzxt pic.twitter.com/YNRpaY3i5D 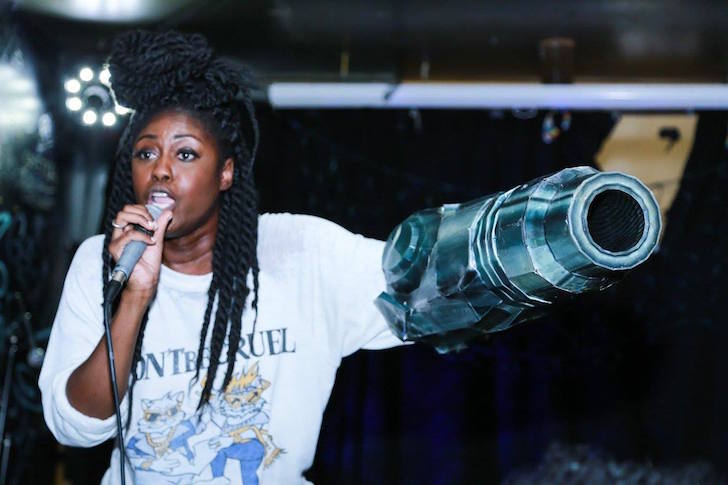