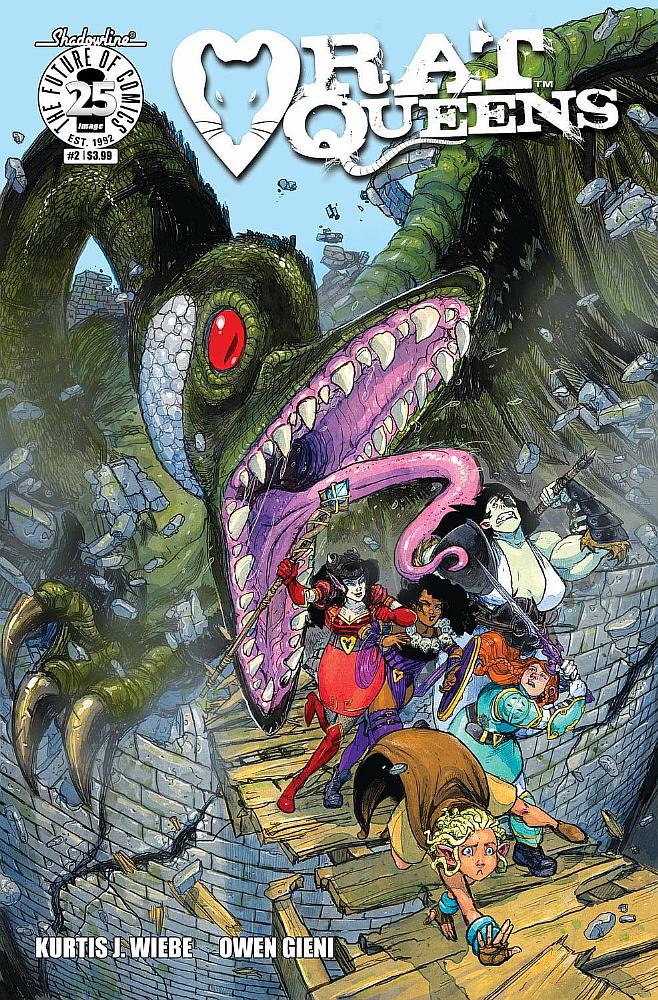 We rejoin the ladies of monster mayhem in the middle of one of their immaculately ordered plans…sort of. 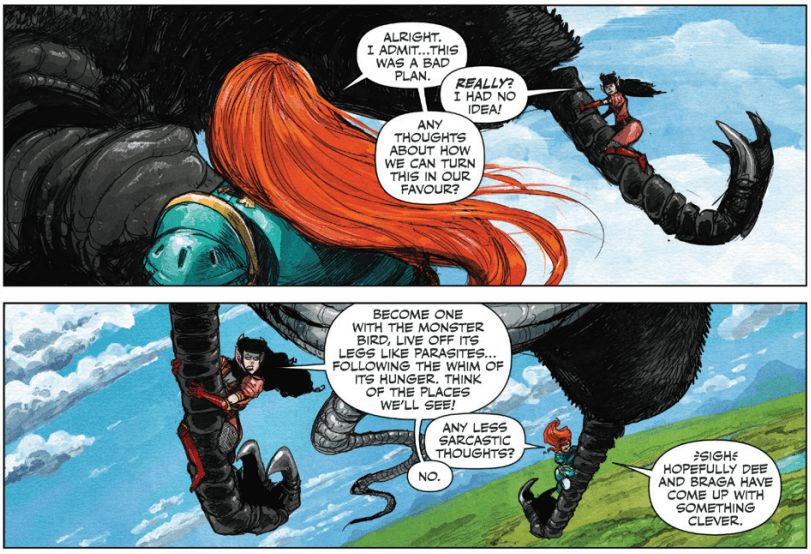 Hannah and Violet are clinging to the leg of a giant dinobird. Dee and Braga are on the beast’s head. Violet’s brother and his crew are cowering on the ground. And everyone’s favorite smidgen Betty? Where’s Betty?

Yes, she’s been swallowed by the bird and is negotiating with a gut merchant to get out. The entire set up is funny in a fantasy world gone wrong kind of way. The tone is light and the quips quick. The Queens do conquer the beast, once Betty carves her way out of its belly, that is. They agree to treat Vi’s brother to drinks and off they go back to town.

Palisades has definitely seen better days, what with it having been destroyed by a giant octopus deity back a while ago. Dee has some guilt around that, understandably. Some of their favorite townies, including everyone’s fave fuck buddy Orc Dave, have become devotees of a town death cult, worshipping the many-tentacled N’Rygoth with pale faces and upturned eyes. Well ain’t that a bitch, you save a town from a flesh eating monster and they turn around and worship it.

I will say I’m not yet digging the art. The line work on some of the action scenes give it all a muddy, blurry look. However, in some other settings, the art and arrangement of the panels is excellent, giving a feeling of pops of conversation over a background murmur of a happy, drunken bar. Every artist has strengths and weaknesses, and both are on full display in a comic like this. Gieni is going a fine job, but I wonder if it will continue to evolve as he gets a tighter feel for the work. 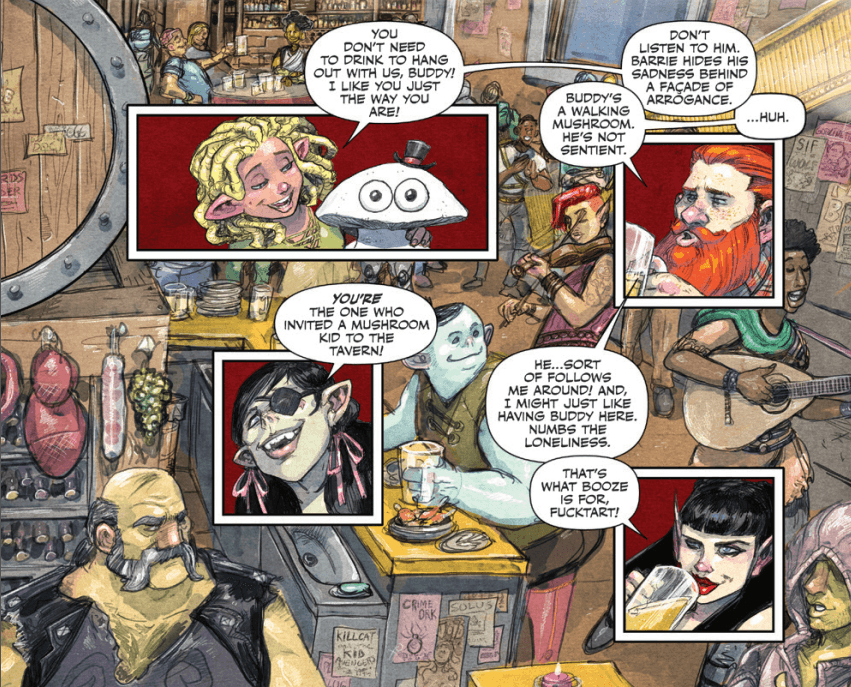 The other thing I do really like in this issue is that the Queens are shown in a relaxed, bar hopping mode, and they are all very feminine and sexy. Well as stereotypically feminine as one can be while puking in a cemetery. There’s no contradiction in these women being monster-slayers and also wearing pink lace (Braga looks particularly adorable). It is great to see this all male writer/artist team continuing to be committed to not stereotyping these characters.

Speaking of cemetery puking… well that leads to some bad Hannah necromancy and some zombies. As one would expect. But who they’re saved by… well, that’s not expected at all. Next issue: BLACK ELF PALADIN!

We’ve been riding for Rat Queens a long time. Find BNP’s other reviews of the series here.