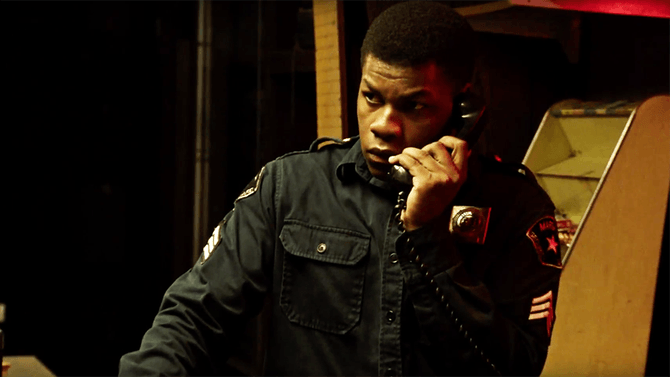 [quote_simple]“They [Kathryn Bigalow and Mark Boal] better get this right or we coming to burn down their shit off rip”- The queen, after our first run-through of the Detroit trailer[/quote_simple]

I really couldn’t have said this any better. I’ve got so many feels here being a life-long Detroiter myself. This year marks the 50th anniversary of the 1967 Detroit rebellion, and everyone is throwing their hat in the ring to capture and commemorate one of the most transformative, violent clashes between blacks and police in history. The latest and most audacious of offerings likely to be “DETROIT”, a film directed Kathryn Bigalow, who brought us The Hurt Locker (hey, it won an Oscar) and Zero Dark Thirty (meh), with a film poster showcasing my hometown’s seven heavy letters embossed vertically in fire red with the tagline “It’s Time We Knew”.

When I tell you this needs to be handled properly. When I tell you since 1967, the rule is each black child born onto the Three-One-Third is given the history and truth of this revolt like a small blade to keep sharp always. When I tell you we still feeling the effects, reconciling with the fallout, and history stay repeating itself.

I’m here for any honest assembly of facts of what became the infamous Algiers Motel Incident in which Detroit police killed three young black men and skated on charges because F*CK THE POLICE. I’m here for putting American history back in the face of an America that loves to forget. I’m here for Attack The Block alien-killing quasi-Jedi gawd John Boyega and him bringing subtle shade to trash cops forever and ever amen. I’m here for Common’s “Kingdom” setting the stage for any trailer about my people and home saying “That’s Gonna Be A No From Me, Dawg” to any and all oppression.

But not if it’s to hype beast yet another half-stepping gentrification of my city’s name. Because I get nervous seeing anyone not black or from Detroit attached to the director’s chair or screenplay of a narrative so undeniably and furiously us. I get nervous at any commercial telling of any large scale moment our people were at the center of without us directly piloting or co-piloting the depiction of it.

I get nervous around any rehashing of history in which the role and presence and involvement of black women seems absent or overlooked. I get nervous seeing Anthony Mackie in anything Detroit or blackness-related after getting washed at The Shelter by B-Rabbit in 8 Mile and “drinking the Kool-Aid” on Trump for President. So color me and bae hoping for the best but the planning for the worst. With matches.