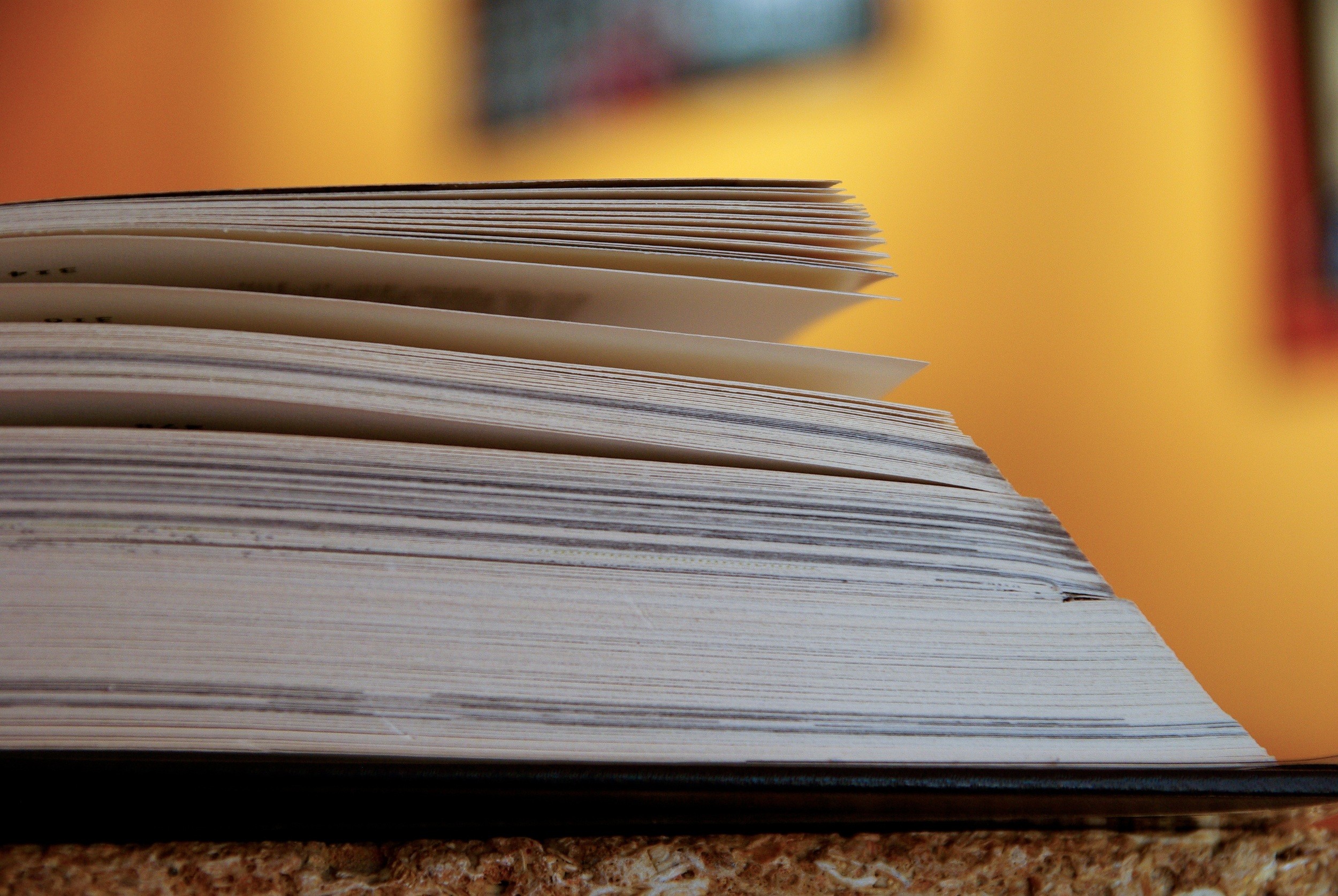 The beginning of any year brings a few of the best things. High up on the list is new “to-do” lists. We are, if nothing else, an organized people. The best “to do” list of all is a list of books to read. To be clear, we prefer our books filled with complex, characters with folks included from across identities and ethnicities. We like our non-fiction insightful and challenging. We’re here for authors who are under-represented in the mainstream. While not exhaustive, these are the books we’re hitting pre-order on for 2018. The To Be Read List never gets shorter, but it should always get better. 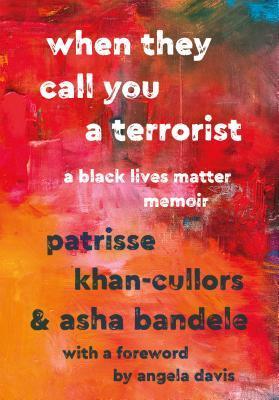 When They Call You A Terrorist: A Black Lives Matter Memoir
By Patrisse Khan-Cullors and Asha Bandele; Foreword by Angela Davis
Available January 16, 2018

This book is the memoir of Patrisse Khan-Cullors, co-founder of the Black Lives Matter movement. Cullors and bandele work together to expose the visionary movement and consequences that ensued because of the criminalization of a generation. I’m no expert in this, but Angela Davis writing your forward has to mean something powerful. Black women leading the way, being the backbone of movements and preserving life lines is nothing new. Black women having the opportunity to tell their stories and shine is something that I’m looking forward to in 2018. I believe that this memoir will be one of many to lead us into the light.

Sisters in the Life: A History of Out African American Lesbian Media-Making
Edited by Yvonnne Welbon and Alexandra Yuhasz
Available March 16, 2018 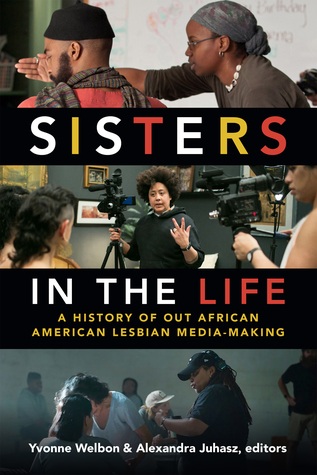 In the year of Black women telling their stories two thousand and eighteen, this book sheds light on the powerful and necessary contributions of Black lesbians in film. Featuring several contributors, the essays in Sisters in the Life are sure to give us a deeper insight into 30 years of Black lesbian media making. Among the writers is Jennifer DeClue, Ph.D, whose research has covered representations of Black lesbians and queer sexuality in cinema. After 2016 gave us Moonlight, the world may have finally understood the value in Black queer cinema. The women in this book are sure to show us all exactly what we’ve been missing. This book is Black gold. 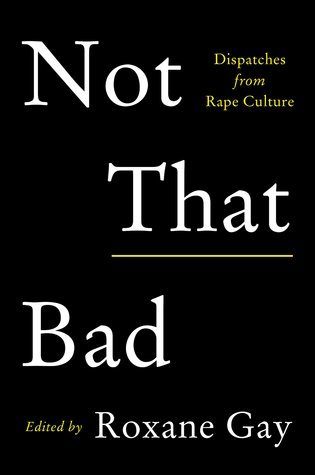 Not that Bad: Dispatches from Rape Culture
By Roxane Gay
Available May 1, 2018

Following last year’s Hunger, next on the list of difficult topics to face is Not That Bad, a series of first-person essays on rape culture. It’s a book I look forward to the way I might a doctor’s visit — it will be difficult, nerve racking, and entirely necessary. I say this particularly as a man, part of the group for whom the brunt of this experience is least likely felt, and who, at the same time, are also least likely to read about it. Yet we should — we must — if we are to better understand and dismantle a system that leads to harassment and violence. With essays from the likes of Gabrielle Union and more, this book is a welcome addition to my 2018 reading list. 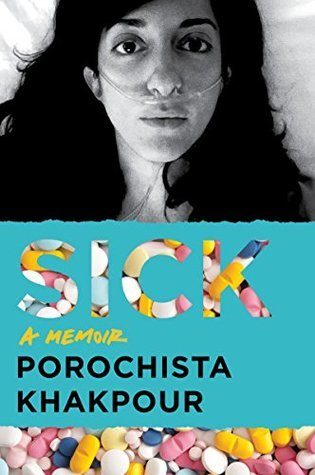 At the time I write this, I have never been significantly sick. I have never broken a bone, checked into a hospital, been diagnosed, misdiagnosed, or suffered from chronic pain. For those facts I am as lucky as I am ignorant to how much I take my health for granted. For Porochista Khakpour, sickness has been all she’s known, and in her memoir she shares her experience living with chronic illness and everything that comes with it. While I can only imagine what it’s like to live with chronic illness I don’t want fear of it to keep from others’ stories, as if turning away is protection, as if their stories are a burden to those who listen. I look forward to reading Sick: A Memoir to learn from a perspective that affects more than 100 million Americans each year, and face the understanding that any one of us can begin to share that experience, too. 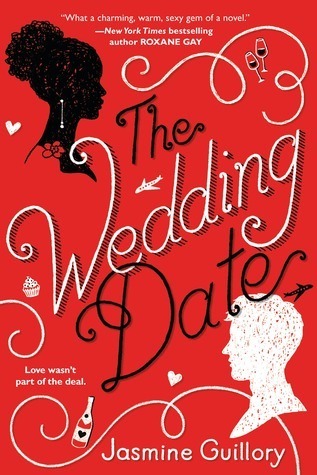 Who hasn’t imagined living this premise? You meet someone unexpectedly, more fun than you could imagine, and have the type of date you could only have without all the built-in stress of a real date. All in the context of a wedding? The Wedding Date is about to be my beach read in January, sitting close to a ski lodge fireplace with a hot cocoa warm as summer. Add a little exploration into their dynamic as an interracial couple and I expect The Wedding Date to be a fun and unique take on relationships and the only romantic comedy on my TBR list this year. 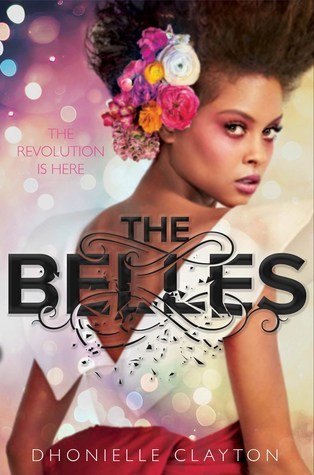 In a case of judging a book by it’s cover, the Black girl (who looks just like Eva Marcille from America’s Next Top Model Cycle 3) dressed to the nines, face beat, and hair laid grabbed my attention on this book. Our protagonist is Camellia Beauregard and what an epic friggin name to give your Black girl lead! EYE LIVE! Anywho, Mlle. Beauregard is a Belle, one who controls beauty in the world of Orleans. But dealing with becoming a government agent of aesthetics isn’t enough for this story. Clayton throws in a peek at a possible sham behind the court curtain, some royal requests that are really more like demands, and a healthy dose of palace intrigue. Ladies and gents, I think that all adds up to a book that hooks with lewks and I’m ready for my copy. 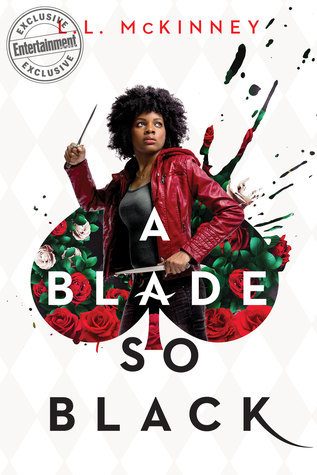 Look, I have a huge soft spot for retellings, redeaux, remixes, and “professional fanfiction” (don’t y’all twist this into a diss because fanfiction is a friggin ART. IT’S ART). I’ve been down with everything from The 10th Kingdom miniseries (we’ll talk about that in another article) to the Saturday morning Adventures in Wonderland (we’ll talk about that in another article, too). So when L. L. McKinney started talking up her Urban Fantasy take on Alice in Wonderland (with a Black girl protagonist) I knew I’d be onboard. I’m assuming there’s gonna be at least one sword involved which, if you know me at all, is absolutely a selling point. And with the cover and excerpt that just dropped? Oooooooooh, bish. I’m all in. 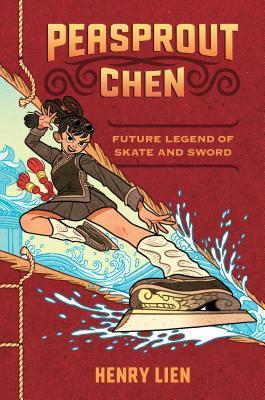 The title caught me on this one because really HOW COULD IT NOT. I was one of those kids who wanted to become a figure skater (plus a ballerina and a gymnast and basically everything that Barbie was because she had the best outfits). I was also a kid who appreciated a fine sword and a kick-ass fight scene. And Lien, gift that he is, gives me figure skating AND swordplay AND a new type of fantasy world AND a female protagonist. I didn’t put this on my birthday wish list but I still feel like he read it and knew. Like maybe this is a gift 11 year-old me asked for and I just had to wait this long to get it. Well time is a flat circle so I’ll take this book as an early/late/on-time birthday present. Figure skating warrior girls. This is the America liberals want. 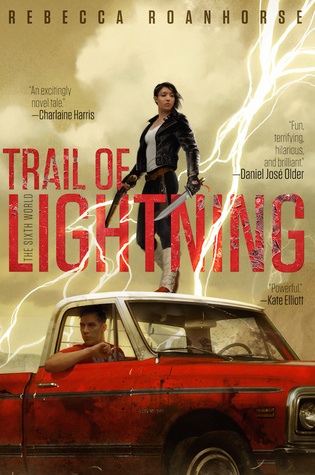 I read that the elevator pitch for this book was “Indigenous Mad Max: Fury Road.” Color me interested. It dawned on me that I wanted to read about ingenious folks in the fantasy (and sci-fi) genre but by someone who was a POC, preferably someone with an Ingenious background so we didn’t fall into that J.K-Rowling-I’ll-rewrite-Native-American-Skinwalkers-To-Fit-The-Harry-Potter-History-Backdrop.

The protagonist of this book is Maggie Hoskie is a Dinétah monster hunter. This book looks to have a mostly Native American cast exploring the origins of North American Indigenous Gods and legends. I think that just hooked me. I love supernatural twists wrapped up in a post-apocalyptic world. I love fantastic cover art — have you seen the beautiful wrap around cover?! Trail of Lightning is the debut book of a new author who heeded the advice of Toni Morrison: She wrote the book she’s been looking for. This will be the first book in a new, developing series. Count me in. 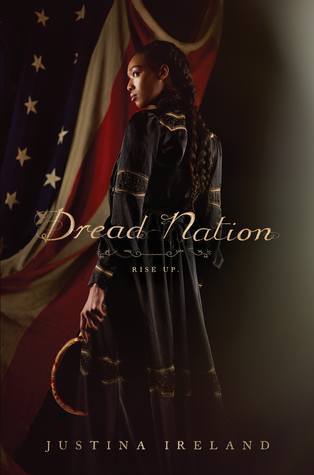 Honestly, this is the only blurb I needed to want to read this book:

This is the absolute best. Also: do they teach the “you seem like an angry person” line in white fragility class? pic.twitter.com/YDMQU5BSCx

Sold! Where do I send my money? In more detail, the main character, Jane McKeene, lives in an alternative world where zombies rising from the battlefields of the Civil War actually ended that war. Because zombies. In this world, Jane is being trained on how to best put down the dead when other conspiracy level issues start to come up, threatening her training and her life. This book has a lot of high points for me: alternative history in a fascinating time period, a strong Black female lead, a body count I can really get behind. Plus Jane on the cover is unapologetic in her fierceness.

Ireland is an insightful critic of the state of Black people in literature, so I’ve been following her on social media for a while. If her book is as sharp as she is, this is a real winner.

We’ll be reviewing these books over the course of the year, so you can always check the Book List 2018 tag for more details.