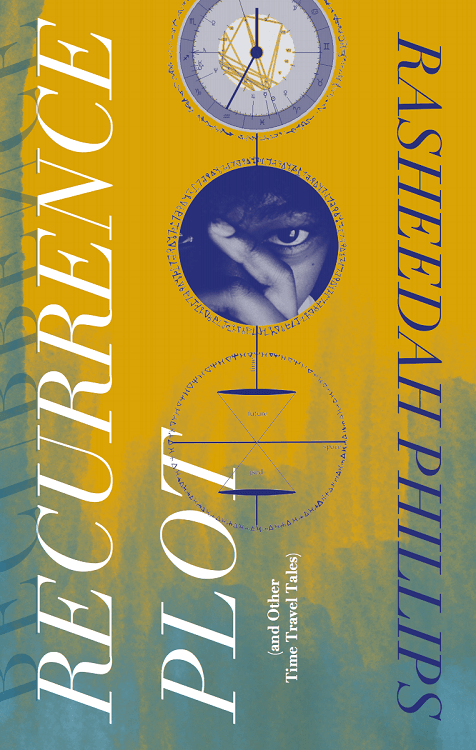 Let me open by saying that this is the second book I’ve reviewed by a Black woman named Rasheedah. You’re not going to get that kind of coincidence in any other book review column on the Internet. It isn’t that I won’t review your book if your name is Sophia (the top girls name in the country in 2013) it is just that in the AfroFuture, Rasheedah and Sophia are in the same writing group and they accept their awards side by side.

This month’s Rasheedah, Rasheedah Philips, has a strong Afrofuturist pedigree as the founder of AfroFuturistAffair, a grassroots organization dedicated to celebrating and promoting Afrofuturistic culture, art, and literature through creative events and creative writing, centered in Philadelphia. If you’re not on their tumblr, afrofuturistaffair.tumblr.com, then you’re missing some great art and commentary. Art that I found myself thinking about as I read the book. I think this is intentional, as Philips takes a multimedia approach to writing, embedding images and graphs into the text and offering a separate soundtrack for the book via SoundCloud or CD. That multidimensionality of text, image, and sound, takes an already immersive book and really makes it one you can get lost in. The plot … well, that’s a little tricky. This is a book about time travel, not just in that the main character travels through time, but she also thinks about, and practices, how to time travel. This inevitably takes the reader on a circular journey of learning how to do so, exploring different philosophies and returning you to where you started, unsure if you ever even started at all.

Instead of a plot review, I would divide the book into about 4 sections, each related and flowing from each other, but each centered around a different object or theme. The first section time loops around a mystical astrological bracelet and a girl named Khepri — an Ancient Egyptian/Kemetic word that roughly translates to “to become”, from Khepera, the embodiment of the rising sun. Right away,you know you’re dealing with a world of cosmic forces.

The second section jumps 21 years into the future and carries Khepri’s story forward. She’s now a journalist, researching a corruption story for a local newspaper. This time, the time loop involves a book, Experimental Time Order, that Khepri finds in a thrift store. It is through interaction with the book that the text gets experimental, taking the reader back and forth between reading a story about Khepri and reading Khepri’s book about the philosophy of time. The lines between those two readings get blurry and eventually disappear altogether.

This blurring of lines was the weakest part of the book for me. While I understand that sometimes the reader should experience the dizziness that the characters are feeling, that shouldn’t lead to outright confusion. At points, I wasn’t sure if the Experimental Time Order was a fictional book or a personal philosophy. Also, instead of demonstrating through Khepri’s actions and reactions the reality and effects of time travel, which are well described and effective, the Experimental Time Order sections occasionally feel more like a lecture on science/metaphysics/quantum time effects. I’d have gladly read more of Khepri’s life and actions and less of the how-to book. Especially as the ending…the ending!

I was completely lost in Khepri’s mysteries and memories, hoping for her to remember her past by re-writing her future, so when the twist happened and I was deposited back where I’d started, this was me:

I believed in the plot and I wanted to know more, but time played tricks on me the reader, just as it does on Khepri.

The third section of the book switches again, jumping forward in the timeline or perhaps just to the side, to engage with another Black woman as she takes a short time trip of her own. The last section is the most difficult to wrap my mind around, set as it is in a time where, due to unstated factors — perhaps the actions of the women in the other sections — time actually flows backwards. That is, when you wake up in the morning, it isn’t tomorrow, it is yesterday. You know with absolute clarity what is going to happen but not how you got there. Just chew on that one for a while.

This is a difficult book to recommend. Science Fiction should bend your perception and transport you into a world of “what ifs”. But sometimes it can bend you too hard, too fast, leaving you with a dazed “what just happened here?” feeling. And where that line is, between bent and broken, is personal. I enjoyed this time twisting journey and am left curious if there will be a book two. If you like modern urban science fiction with a varied Black cast that is going to leave you with more questions than answers, then yes, read it. If you like your stories with beginnings, middles, and ends that, even if they don’t wrap up at least they leave you *somewhere*, then this one isn’t for you. Don’t worry; I’ll find another book by an author named Rasheedah that you’ll like.