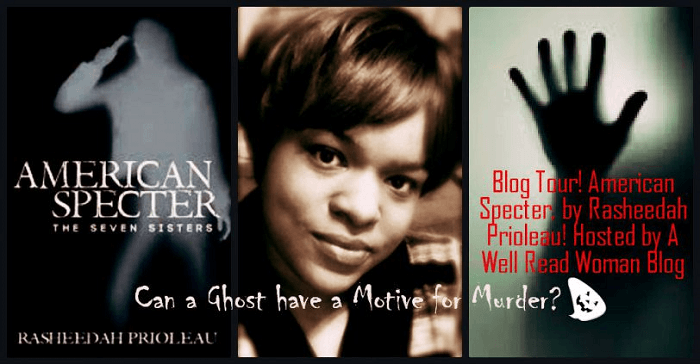 For October, Black Speculative Fiction Month to the unaware, I decided to leave the Afrofuture and read some Halloween-appropriate fiction — the yet-unpublished The Everlasting by Rasheedah Prioleau. I received a complimentary advanced readers copy, but it will be available for purchase at the end of this month through Amazon. The Everlasting falls into the horror/suspense end of Black Spec Fic – there’s a mystery, there’s a murder, there’s a restless spirit, there’s a lot of blood. I’m not going to tell you a whole lot about the plot because I don’t want to spoil it. The suspense that Prioleau builds up in this short book was a real driver for me. I desperately wanted to know who was doing what to whom and why. Only some of those questions were answered, setting us up for a continuing series in this setting. Which brings me to the setting – the greatest strength and weakness of the book. The Everlasting is set on a fictional “Gullah” island off the coast of South Carolina. I love South Carolina in the way only a wayward daughter can, so I was ready to relive some of those summer days spent on the coast with the fam, sweating and swatting bugs. Only this book would include monsters and ghosts instead of my family. Unfortunately, the setting doesn’t really show up for this novel. This part of the country is gorgeous — lush, swampy, sandy – and it just oozes history. It is everything you’d want for a horror tale, but it just isn’t used to the utmost. Most of the action actually happens in buildings that are entirely undescribed. Hotels, cottages, large houses come and go, but without details of these structures, the reader is left without any distinctive Southern feel. There isn’t a shade-porch in sight. Also, there are very few instances of dialect being spoken by the characters, despite the fact that all of them are born and bred on the islands. Now I’m not asking for a bunch of apostrophes and cut-off words. Dialect is in word choice as well as pronunciation and in my reading of the book, the characters didn’t sound like they were from the Deep South, let alone from an isolated island known for its own creole. That’s a shame because horror and suspense exist in the context of the story as well as in the plot. The fact that Prioleau can build an attention-holding story with so little setting is impressive, but it does feel like the location is wasted.

And this story does hold the attention. The main character, Aiyana, is waiting for a “Transition” that will mark her to ascention to the hereditary rulership of her community. Surrounded by her seemingly crazy aunts and uncles (we know those), this Transition is timed to happen at the end of a five-day island music festival, during which the entire island will be flooded with wealthy vacationers, sunbathing on the beaches during the day and getting high and dancing to music once the sun goes down.

There are a lot of drugs in this book. People get high at a rate that I thought most fitting to Berkeley, CA on a Saturday night. Or a Tuesday afternoon.

The tension between the locals, and the Transition that they all know is coming, and the tourists who are completely oblivious is heightened by the island’s other residents, a Native American tribe called the Esta-owey. They own the other half of the island and generally mope around as the possible source of the evil in the novel. Whether they are or not, they definitely know more than they’re letting on and as her Transition nears, Aiyana discovers old family secrets and alliances that will help her once it all goes to hell. Which you know it will, but how and why is unexpected and creepy and riveting.

Part of the plot revolves around a budding love affair between Aiyana and an Esta-owey man named Caleb. Here’s your warning: there are a couple of very general love scenes in the book that serve to cement Aiyana and Caleb’s relationship. It wasn’t anything to send the kids out of the room over, but if that’s not your kick, skip them. Aiyana and Caleb’s relationship is the best drawn in the book. Aiyana’s relationship with her family, and definitely with the “outsiders” who are on the island, can be weak at times, but that’s forgivable in a story that really focuses on Aiyana and her destiny.

Another minor issue: There were some odd moments in the book, where what the characters say and then do don’t match up, or where seemingly random facts are thrown in for no reason. Aiyana’s siblings, there are four of them, have special powers, which is pretty cool. However, of those powers, one of them has absolutely no bearing on the plot. Now maybe it’ll come into play in book two, but these kinds of loose ends make the story a little uneven at times.

If you’re a fan of horror or suspense, particularly with a romantic twist to it, then you’d probably enjoy this book. All the people are beautiful, all the deaths appropriately surprising, and the conclusion is satisfying, if a little abbreviated. The suspense that builds up made this a page-turner for me that I can recommend for a quick read.

Next month, some Space Science Fiction from Ronald T. Jones. As always, hit me with suggestions in the comments or on Twitter.