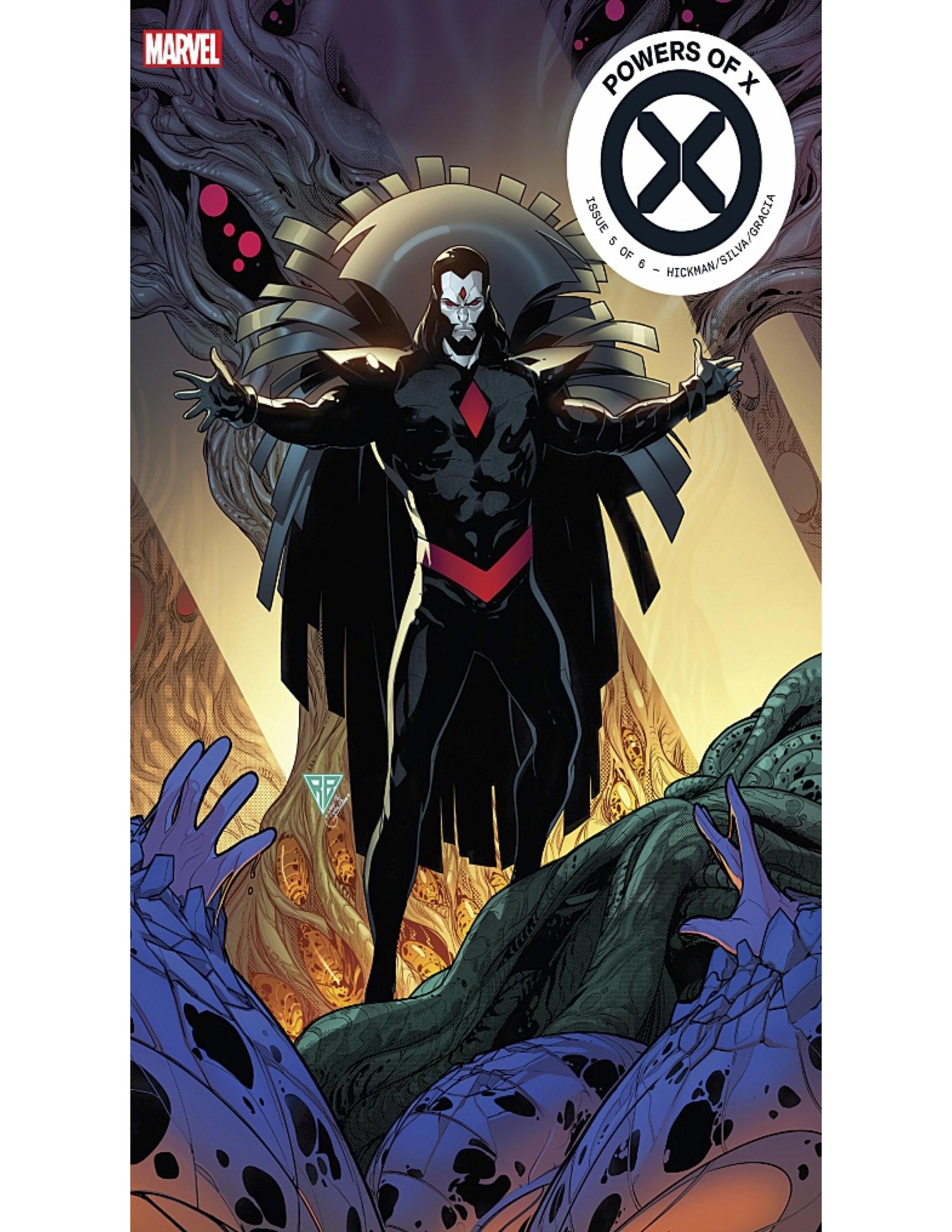 “They hate your superiority. And they always will.”

Powers of X#5 continues to go where no X-Men story has gone before by peeling away the threads of X-Men history, elaborating upon missing scenes of the past, carving out a new present,  and opening the doors of a potential future.  This issue does all three at the same time.  Beginning with a meeting between Professor X and Forge in X:Year One,  the opening scene delves into how Cerebro’s technology was upgraded to integrate Shi’ar technology.  Whereas previously this moment was never shown, but only referred to in dialogue off-screen, X-scribe Hickman injects new meaning into this meeting. Essentially, Xavier’s upgrade of the X-Men technology is not just for their defensive and operational systems, but also to create storage units and backups for every mutant mind on the planet.  House of X#5 showed the results of said backup system as the X-Men who died on the mission to destroy the Mother Mold were resurrected in new bodies. 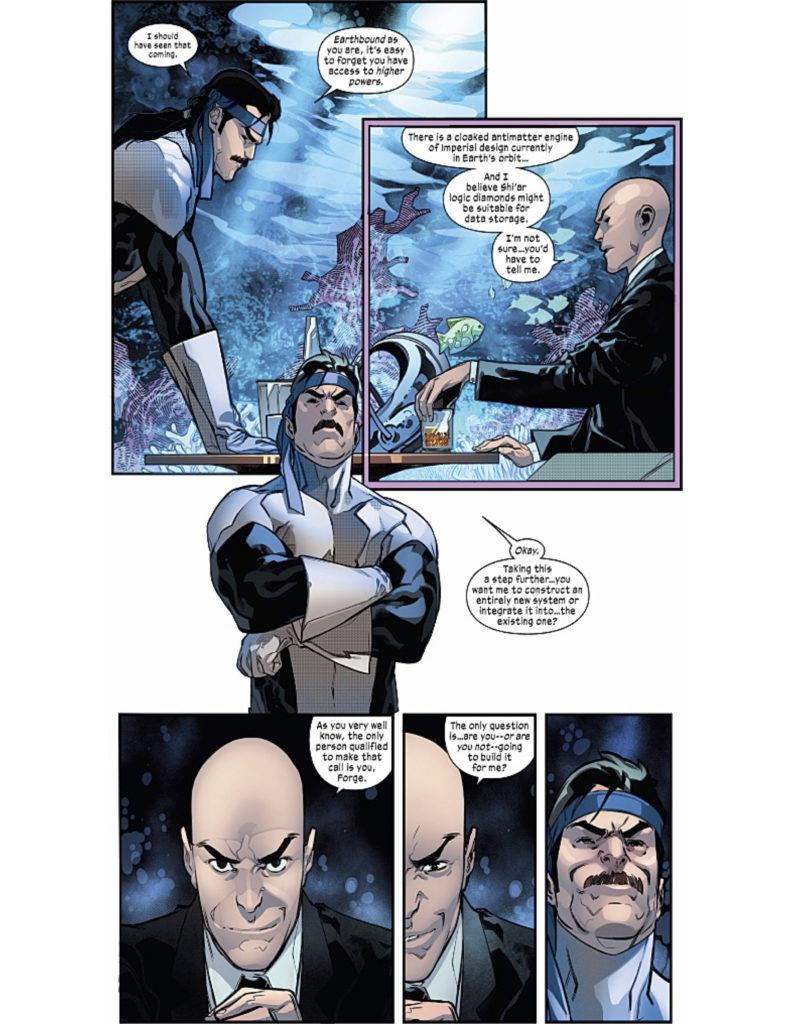 In X:Year 10, Xavier and Magneto approach Emma Frost to offer her a place in Krakoa. Whereas Emma thinks they are only offering her a place to live, they actually propose that she join the ruling council of Krakoa as the White Queen of the Hellfire Trading Company. From that position, she will run the exports of the Krakoan drug worldwide, but on the condition that she also bring along the former Black King Sebastian Shaw.  Xavier’s intention is to flood every country in the world (friendly and unfriendly) with the native Krakoan product, and who better than Sebastian Shaw to run the illegal smuggling operations.  Whereas Xavier only offers Emma two seats on the council, she asks for three or no deal.  Meanwhile, in X:Year 1000, the Phalanx draw even closer to converting all of humanity’s matter into pure energy/pure data.

Call him Pablo X-cobar or Xavier Bell if you like, but Professor X is about to flood the block with Krakoa’s drugs. More powerful than sugar, tea, coffee, oil, or opiates, Xavier intends to use the “mutant wonder drug” as leverage in humanity’s constant war against mutants. While it sounds like a playbook from the U.S. “War on Drugs,” Xavier is setting up Krakoa to ensure that  the united mutantdom is self-sustaining in every way possible.  Now, with the formation of the Council of Krakoa, a ruling body made up of both X-Men friends and foes, Xavier’s master plan of unity grows more complete by the minute.  While Charles has always exuded an air of arrogance and self-righteousness, his current personification seems more cutthroat than usual.  Leave it to a special appearance by Namor to remind Xavier that while he has only recently chosen to accept his natural superiority, the king of Atlantis has always embraced his superiority.

As Powers of X and House of X comes to a close, the mutant nation cements its place as a formidable world power – Wakanda, Atlantis, and now Krakoa.  Whereas before the mutants sought to exist as benevolent examples of what a united humanity could become, they now realize that their only chance for survival is through covert dominance.   Will the drugs produced from the Krakoa flower be enough to ensure their political and national sovereignty, or will it backfire and lead to another invasion such as the massacre on Genosha?  As the tides shift in favor of a united mutant-nation, the foreseeable future for the X-Men stories grows more enticing with each passing week.  Be sure to check out “Marauders” once it drops on October 23 for the exploits of the Hellfire Trading Club.