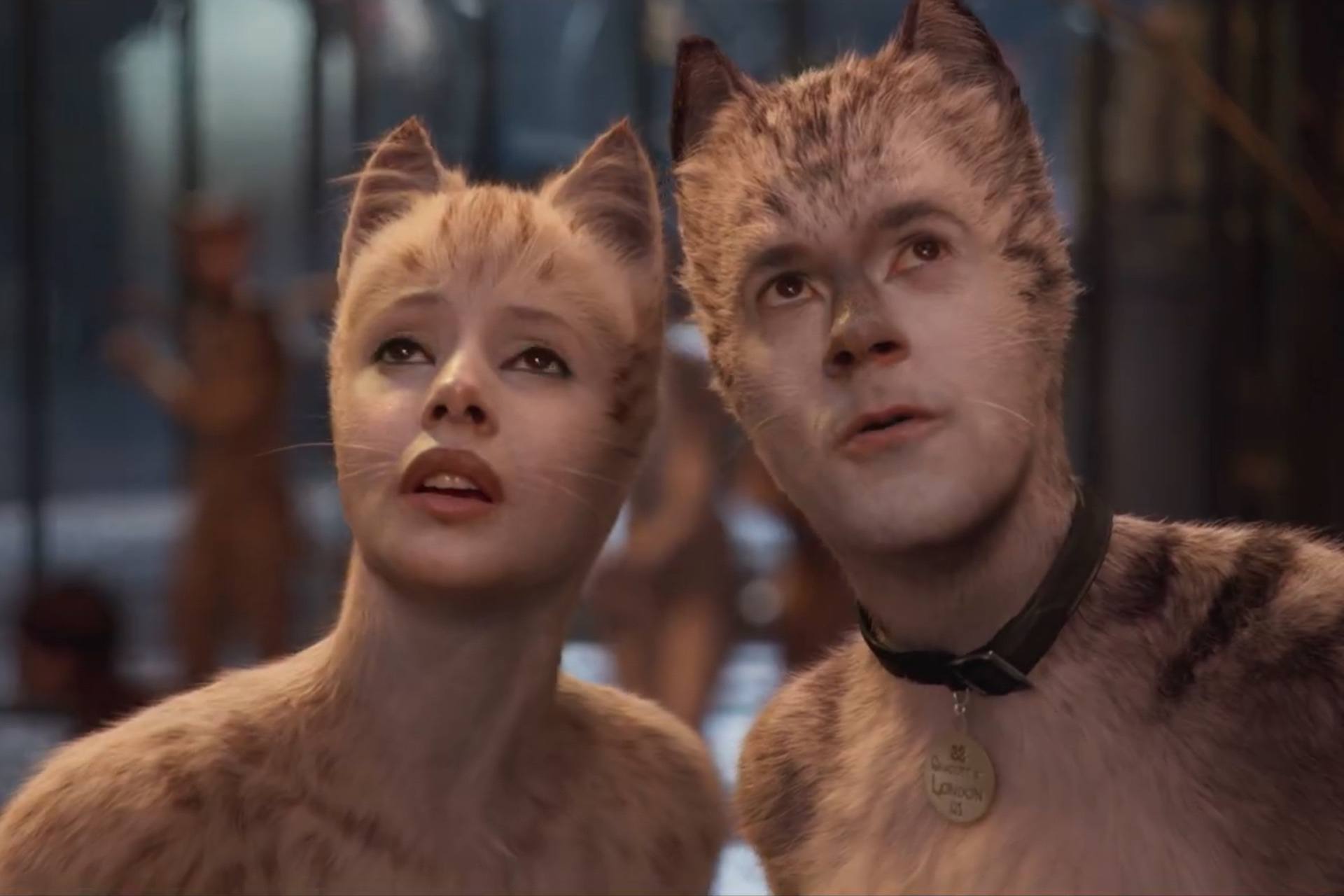 To get it out the way: Cats is the worst film of 2019. The bizarre musical-turned-movie is a lucid fever dream from start to head-scratching finish, but what’s most striking — among many striking things — is the breakneck pace of a movie without a plot. The story, for those generous enough to grant it the label, follows the lives of a clan of stray cats who are meant to choose a sort-of Chosen One, a special cat to be honored. The journey to choosing that cat includes an evil cat named Macavity (Idris Elba), a queen-like cat named Old Deuteronomy (Judi Dench), and a world of dozens of other cats, many of whom make one-scene cameos for songs ranging from self-deprecating fat-joke feline James Corben to furry thirst trap Taylor Swift.

The world of Cats is discovered through the eyes of Victoria (Francesca Hayward) as a new stray who is seeing the world for the first time. What doesn’t make sense — granted, none of this makes sense — is Victoria’s wide-eyed newness the lives and culture of her entire species given that other cats like Jennyanydots (played by a cringingly terrible Rebel Wilson performance) are indoor cats who aren’t seeing the world for the first time. Victoria is the only cat so bewildered, precisely to explain to the audience a world that actually doesn’t need much explanation.

What does need explanation is how such a remarkably bad concept and script made through greenlighting, production, and editing with a cast of A-list stars who seem to forfeit a bit of their dignity for the paycheck or who truly believed in the potential of this film. By now, to viewers, Cats can be understood best as Hollywood’s version of shooting the moon in a game of Hearts, making a movie so bad that it’s a must-see to be believed. If successful, it would make millions of dollars in profit not despite being bad, but precisely because of it; if unsuccessful, Universal could expect to lose something north of 50 million dollars when considering production and marketing costs.

It’s the only way to satisfyingly explain Idris Elba, who inexplicably teleports from every scene with a Nightcrawler bamf; or Jennifer Hudson’s perpetual snot vying for its own Oscar; or Jason Derullo’s horribly unnecessary British accent (just be an American cat!); or Rebel Wilson’s “don’t get cocky” quips to anthropomorphic dancing cockroaches. Between the cringe-laughs and horrors it’s hard not to yell at the screen, “You’re better than this!” to every renowned actor onscreen. Seeing Jennifer Hudson’s snot continue to glisten over her lips, refusing to be wiped away, made me Google, “Can you lose an Oscar?” I feared the punishment in retaliation for everyone in this film, at the same time feeling it would all be deserved.

Some of the freakiest moments came from Cats breaking the fourth wall, its digitally-enhanced characters being not enough human to be humans and not enough cat to be cats, looking directly into the camera as the biomechanics version of the uncanny valley. They give Cats brief moments of horror in between its weirdness that makes your skeleton itch. The entire cast trying to evoke genuine emotion and connection with an audience is truly embarrassing. Enough to make your favorite pun enthusiast blush, Cats keeps a steady pace of cat-related one-liners like “cat got your tongue,” “don’t mess with the crazy cat lady,” “look what the cat dragged in,” and “catcalls.” The result is an accidental cringe humor, like an ensemble cast of 30 Michael Scotts, without a hint of self-awareness of their embarrassment.

In the end is Idris Elba and Taylor Swift — another of the countless random, ineffable character introductions — creating a furries-and-musicals PornHub channel and making the audience play unwilling cucks to their abomination. The cherry atop the strange creation that is Cats is Judi Dench breaking the fourth wall one final time, singing to the audience while cooing with our newly-initiated Victoria, as the audience discovers that becoming the chosen cat essentially means being euthanized as you’re hurled into the sun. In total, Cats is a non-stop musical action that is completely exhausting, the musical theater cinematic equivalent of Michael Bay’s Transformers, if only it made less sense. You will leave the theater changed. You will leave the theater fatigued and confused. Watch if you want the challenge of enduring one of the weirdest movies of all time. Watch if you dare.