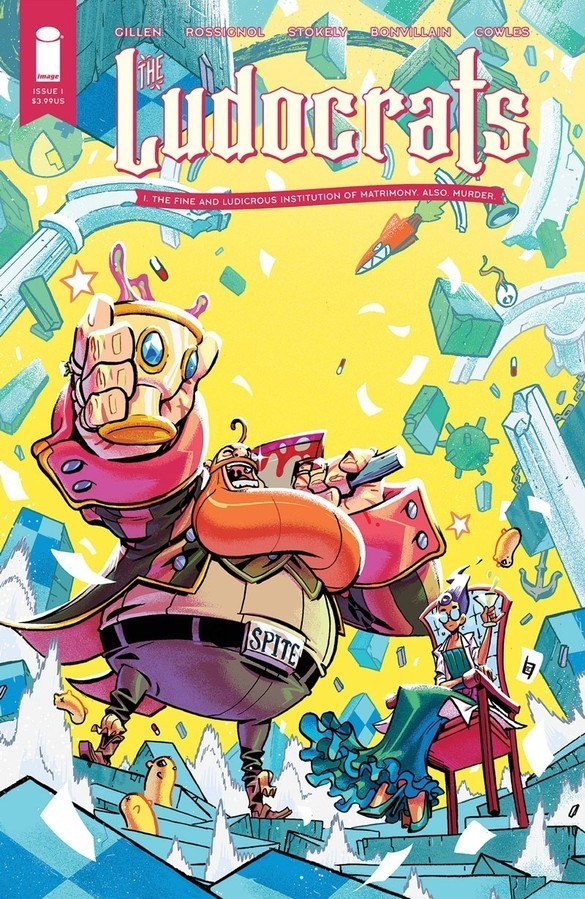 Everything about the cover of The Ludocrats #1 looks wild. The boisterous man in regal clothing with a belt buckle that reads “SPITE”. The composed woman off to his right calmly holds her martini with perfectly quaffed hair shaped like a lightning bolt. Even the tagline and first page of the comic itself portend how utterly inane this whole affair is going to be, and I’d be damned if I wasn’t having fun reading how exactly the inspired this strange, strange world. 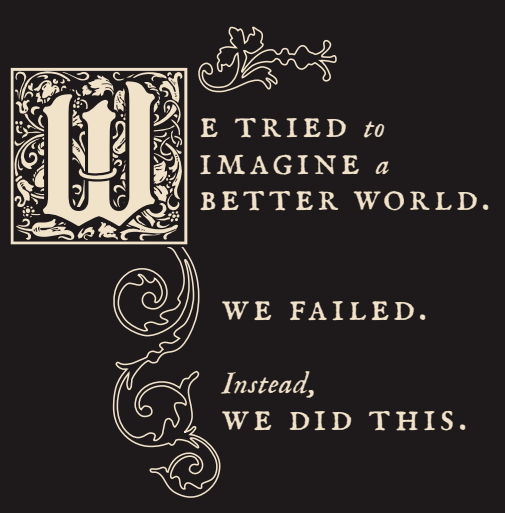 Right off the jump, do not be fooled by the bright colors and lively expressions on the cover. This is the furthest away from a kid’s book as you could possibly get, and it gets bizarrely graphic very early on with a naked man in a blood gown. I will allow you to experience the visceral shock of actually seeing that for when you inevitably open this issue. I’m used to Gillen’s works being a little more on the adult side, having read Phonograph, The Wicked + The Divine, and Die, but I don’t think I was quite ready for how off-the-wall the latest experiment from the word scientist alongside his compatriot Rossignol would be. If the phrase ‘blood gown’ didn’t catch your eye, then certainly the phrase ‘Eldritch Hyper-Pope’ will, and the series just escalates oh so very quickly.

We are essentially thrust into the world without any pretense, only knowing that there’s a wedding going on, and that Otto Von Subertan is just the most: which says something given that absurdity seems to be a mark of pride among the people of this strange kingdom. And regardless of the constant shock, the comic is just bonkers and fun to look at. Stokely and Vonvillain have crafted a series of eye-catching visuals that just keep you glued to the page. Stokely’s pencils are perfectly cartoonish for this fantasy satire, and Vonvillain’s colors pop right off the page. Cowles’s lettering accents the narrative beats with a stylistic flourish, and there is just such a distinct look that lets you know exactly what you’re getting yourself into as you progress through the story.

Gillen and Rossignol are just so intent on fabricating ridiculous scenarios and constantly upping themselves, you can’t help but be amazed by how rapidly the situations evolves (or devolves, depending on your opinion). But it’s so funny, off-key, and unrelenting in its own bat-$#!% troll logic that it works surprisingly well. The cast of characters span a wide range of tropes, the main conflict of the series is indeed ludicrous, and the last page of the narrative confirms that with an unblinking, unironic declaration that just leaves you nodding your head. 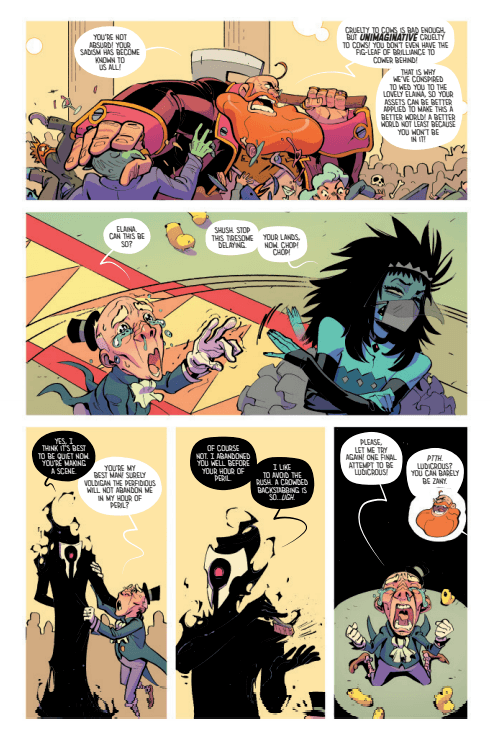 But there’s even more: the biographies of the creative team are told in Snicket-adjacent verbiage. There’s additional text that expands on the spirit of Ludocracy that make it very clear that they know exactly what they did and they just decided not to just turn it up to 11, but break the damn speakers in the process. This comic won’t be for everyone, but for the people who love absurdist humor with a fantastical flair, this comic is so far into your niche that you kind of owe it to yourself to read this tale of matrimony and murder.