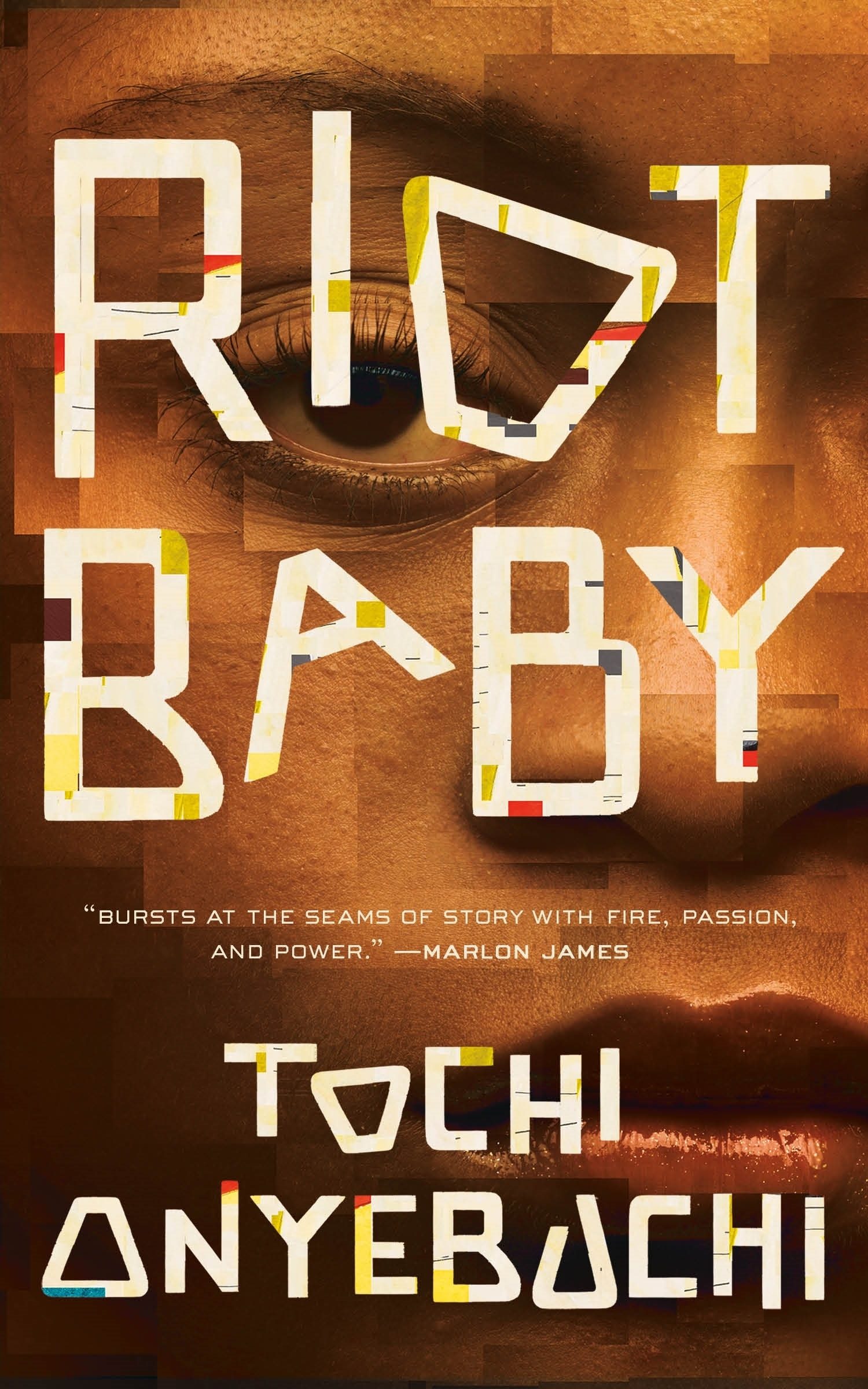 First of all, I want to thank Tor Dot Com Publishing for sponsoring this review. When I heard the title of the book and read the back cover, I was excited. Seeing more Black folk driving in the sci-fi/fantasy lane has been a dream come true for this Black nerd. There is a squad of Black writers that are tearing down the walls others have put up, breaking down the door others have locked all the while refusing to look the white gaze in the eye. Riot Baby…keeps that same energy.

The butterfly effect has always tickled my fancy. The idea that a small change can make much bigger changes happen; one small incident can have a big impact on the future. I’ve thought about it in my own life. I can track how using Google Maps in 2002, led me to a graduate program in 2010. Think about how going to one random party at the right time can lead you to a 3-year relationship. We see this phenomenon in literature. It was the basis of the Choose Your Own Adventure books that Gen X loved as kids. The comic industry has been all over this. Marvel’s What If books are phenomenal, as is DC’s Red Son, which imagines what would have happened if Kal-El’s shuttle had crashed in the Soviet Union.

I love these types of narratives, where the reader is asked to push past what we think we already know and travel in a new direction. Riot Baby by Tochi Onyebuchi does this in its own way. It asks the reader…what if, in the midst of all this: structural racism, Jim Crow, voter disenfranchisement, one of us (Black folk) manifested powers. What would happen, what would we do with that power?

Any of us who’ve fantasized about that moment would like to think we’d become some sort of Black Superman able to leap injustice in a single bound, faster than an NYPD bullet. But it’s probably more complicated than that. The reality is Black folk are dealing with the collective PTSD of being Black in a county that doesn’t value Blackness, that sometimes hates Blackness. Riot Baby sits in the backdrop of that reality and asks the reader to do the same.

There are no Charles Xavier’s in the hood, no special schools and mentors with matching suits to guide her.

Riot Baby is the story of a Kev and Ella, a brother and sister, but it’s really the story of any of us. All of us, through familiarity or shared cultural experience, can latch on and understand what Ella and her little brother Kev are going through. Buried in their story, is all of our stories, a great migration, a struggle for equality, rage against injustice, the pain of loss. Sound familiar? Of course, it does. Onyebuchi takes these themes and like a Photoshop expert, layers them perfectly on top of the world he creates, no blurring at the edges, just an aligned image that quickly comes into focus. Ella, and her family, at an early age, realizes that she has a variety of powers: planar travel, warping time and space, telekinesis, among others, but she is struggling with this virtually alone.  There are no Charles Xavier’s in the hood, no special schools and mentors with matching suits to guide her. No mansion tucked away with a cool butler and Batcave in the basement, just a younger brother, overworked mother, a bodega, and a prison cell looming in the background as an unnamed character. And this is part of what makes this book special.

What happens if the entire society is The Big Bad?

Many authors don’t like to swim in those waters. Too often it seems as if the outcomes have already been predetermined and the book is just filling time until the Good Guy does The Thing that saves everyone from The Big Bad. Or The Party, gets The Object that saves the world, or of course, The Knight slays The Dragon, you get the point. Riot Baby doesn’t suffer from that formulaic syndrome, rather it looks at the truism that actions have consequences, while staring defiantly in the direction of white supremacy, Big Bad? What happens if the entire society is The Big Bad? What happens if The Big Bad is so widely entrenched that the people learn to love the oppression for the order it provides? Riot Baby bobs and weaves through all of these themes.

Tochi Onyebuchi, much like Steve Erickson, refuses to hold your hand and spoon-feed you the narrative. He forces you to jump in and swim.

Additionally, because the fantasy genre is so vulnerable to groupthink (hence the 40 some-odd Harry Dresden-esk books), I’m always excited when I run into something new. From a technical point of view, one of the interesting things about Riot Baby was the discordance. There are places where scenes abruptly shift, and you are required to keep up. Tochi Onyebuchi, much like Steve Erickson, refuses to hold your hand and spoon-feed you the narrative. He forces you to jump in and swim. It’s a risk, readers in the sci-fi/fantasy genre have become accustomed to being carefully walked through cultivated and manicured landscapes. Onyebuchi doesn’t do that, he grabs a machete throws it at your feet, points in the general direction of the LZ and says meet me there. That shouldn’t be mistaken for a lack of skill or carelessness, rather in Riot Baby it seems to be a carefully woven part of the experience. The discordance isn’t an accident or a byproduct of lazy writing, rather it seems like an intentional piece of craft used to push the reader into a deliberately uncomfortable place.

It reminds me of how Kendrick Lamar will utilize a similar style, when he sometimes flows over discordant beats, deliberately pushing us past our boom/bap comfort level. It forces our ears to catch up and work in a new way. Onyebuchi mirrors this technique in his writing. Having faith in his writing and readers, that they are going to be willing to rock to a different beat and see where it takes them.

Admittedly, there is a lot going on, I mean, we haven’t even covered the hi-tech dystopian angle, or talked about the author’s total disdain for the white gaze. But as I’ve said before in other reviews, a kitchen shelf with a bunch of ingredients will only intimidate an inferior chef.  A confident writer, committed to craft isn’t afraid of a challenge, and as a reader tackling Riot Baby for the first time it seemed that the author wrote himself into tight corners just to see what he could do with it. And what he did, was take all these ingredients and craft something beautiful. Do yourself a favor and go get this book.

Find our other Literature reviews here.