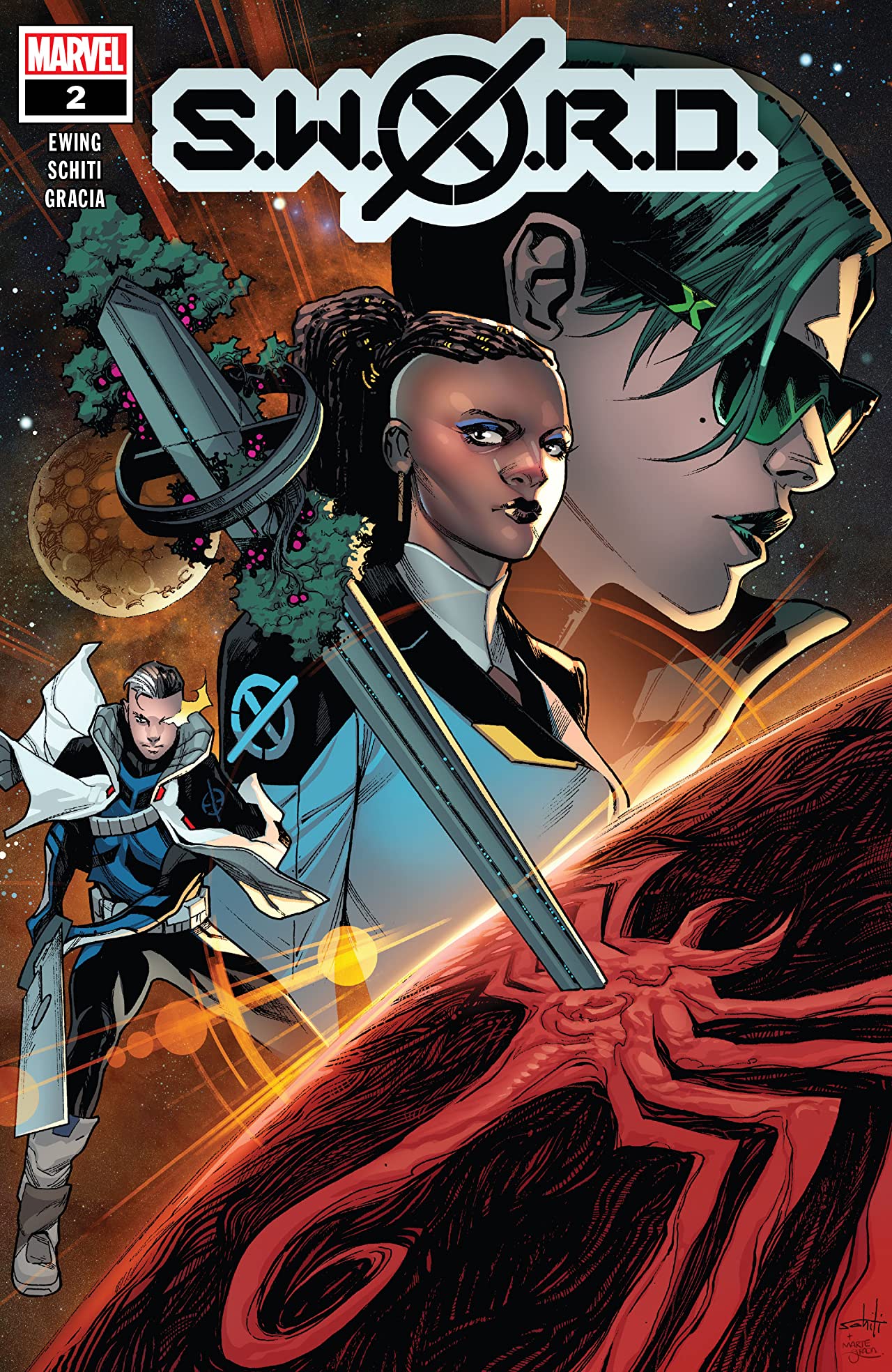 Another day, another King In Black tie-in. This time, it’s S.W.O.R.D. Although the series has barely started, this is the perfect event for the new, mutant-led iteration of the organization. It’s all hands on deck as the world is covered in black symbiote goo, and Abigail Brand seems more than ready to tackle this god level alien invasion. Despite the more colorful members of her crew, Brand keeps S.W.O.R.D running like a well-oiled machine, making the X-Men (and mutant-kind at large) look really good in the process.

One of the things that I like so far about S.W.O.R.D is how it sets the stage for Krokoa’s evolution on the world stage. Mutants stayed mostly out of the way of the last major alien invasion in Empyre. Not much of what the mutants are doing during this new alien invasion feels any different from how the X-Men handled the Cotati invasion. Choosing to prioritize Krokoa’s safety over teaming up with the other heroes of Earth. However, S.W.O.R.D’s involvement seems to prove otherwise is possible. Brand appears to be forging alliances to make sure the Earth remains somewhat functional. Which, given the extreme circumstances, should send a message to the world about the mutant nation once the dust settles.

What’s intriguing about this book is the focus on Abigail Brand. If anything, more than just a group book, S.W.O.R.D is really a solo series starring Abigail Brand and the people that she micromanages. The well-oiled machine part isn’t an exaggeration. The group’s various personalities feel like a hassle, especially considering the more questionable members, but Brand navigates them with finesse. Also, watching these genius-level characters work together is fascinating. They adapt and excel under chaos, which feels like the exact opposite of this week’s Thunderbolts team cobbled together by the Kingpin.

The King in Black crossover ultimately serves as an opportunity for S.W.O.R.D to really flex its muscles. Al Ewing is great at writing high concept arcs in his books and I look forward to the many places S.W.O.R.D will go, as well as what role they might play as King in Black continues. The art falls in line with a lot of the recent X-books, which is to say that it’s gorgeous. Artist Valerio Schiti draws glossy space adventure at its best, with plenty of action scenes that serve as eye candy. As the book presses on it will be interesting to see how she balances Krokoa’s interests with Brand’s accountability to protecting the whole world from extraterrestrial threats.