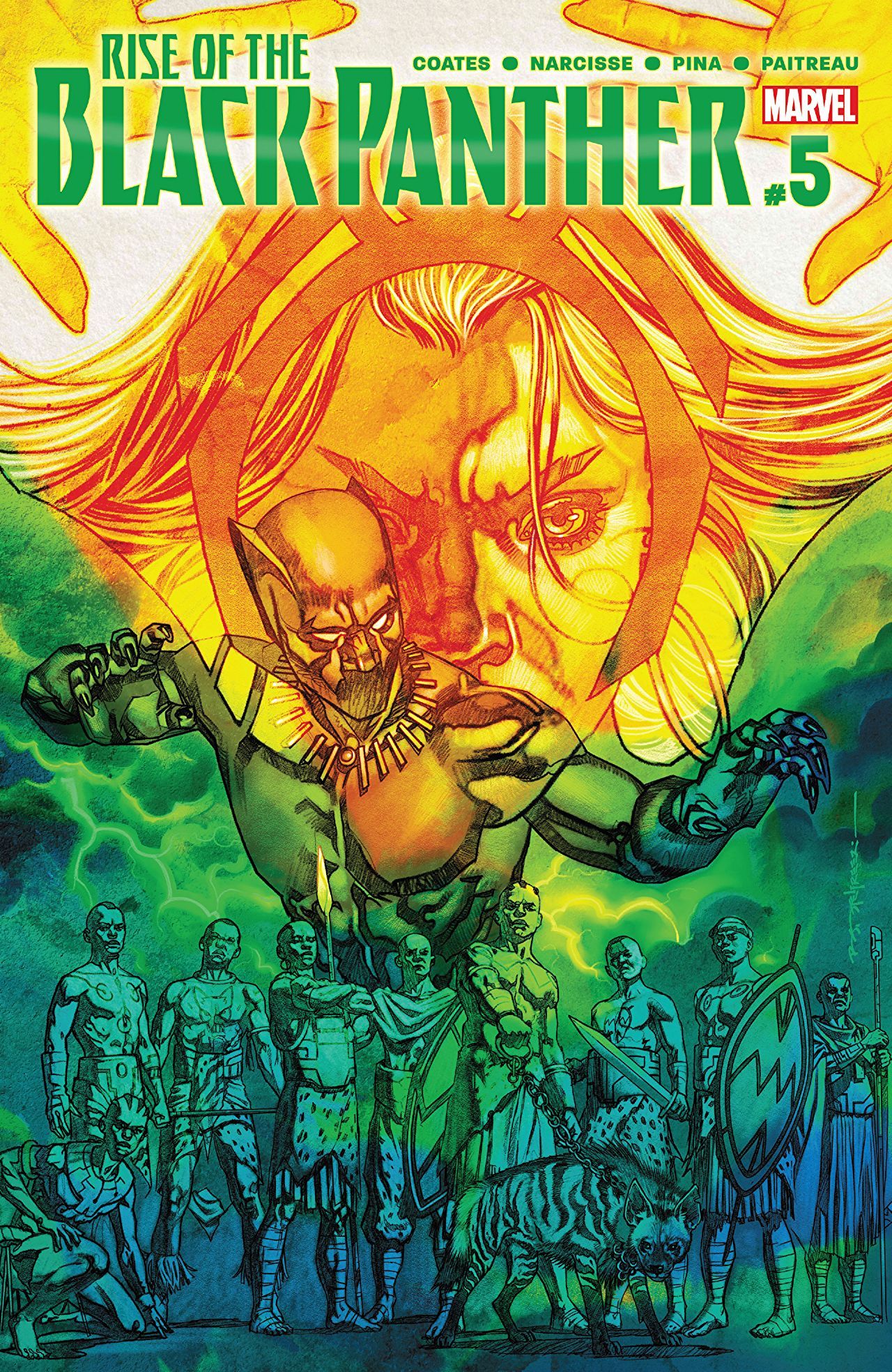 The familial drama in Wakanda is starting to get worse than a Shakespearean tragedy. The week, T’challa deals with both the remnants and revelations of his father’s past. I will say that this issue is not as strong as the ones pitting T’challa against villains like Namor and Doom. However, a few good cameos and the seeds of what’s to come still make it a fantastic read. 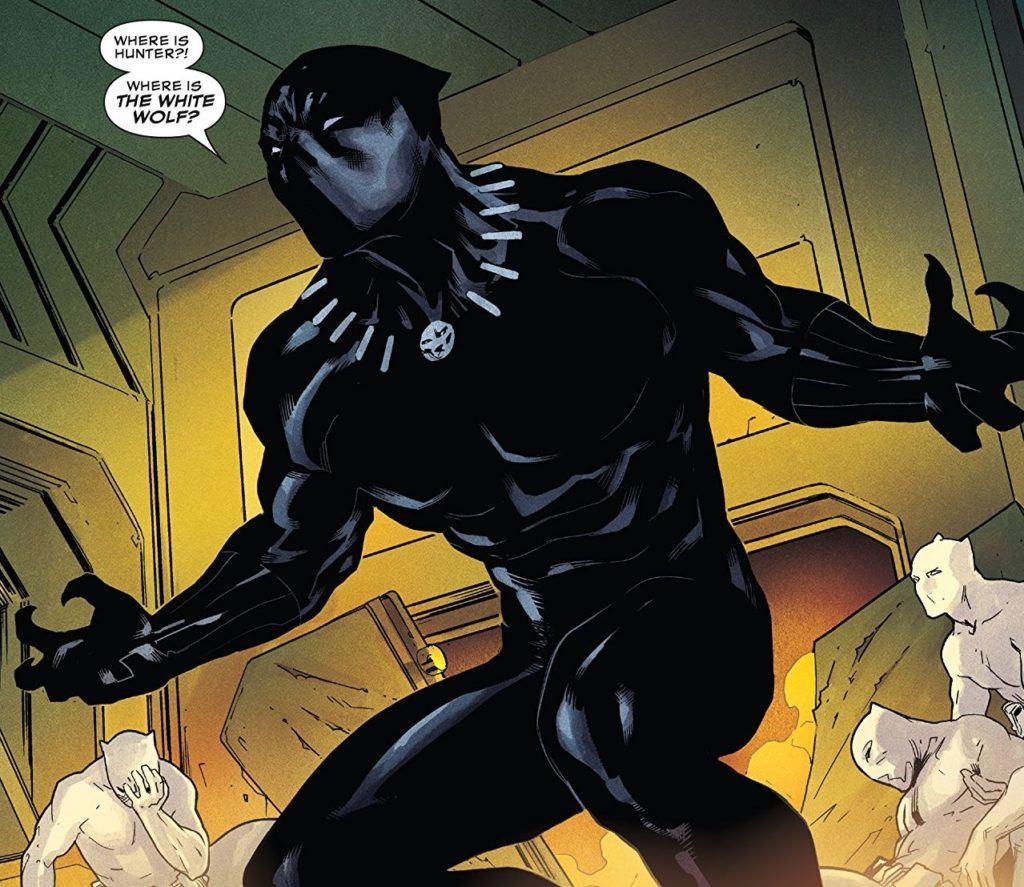 It’s good to see Hunter continue to pop up in Rise of the Black Panther. The White Wolf is one of my favorite characters from Christopher Priest’s Black Panther run. Definitely one of those antagonist characters that you love to hate. He also represents an interesting aspect of Wakanda’s past, as he and his War Dogs basically do Wakanda’s dirty jobs in secret, much to the dismay of T’challa. You immediately see that their relationship is a dicey one and I hope it comes into towards the end of this book. 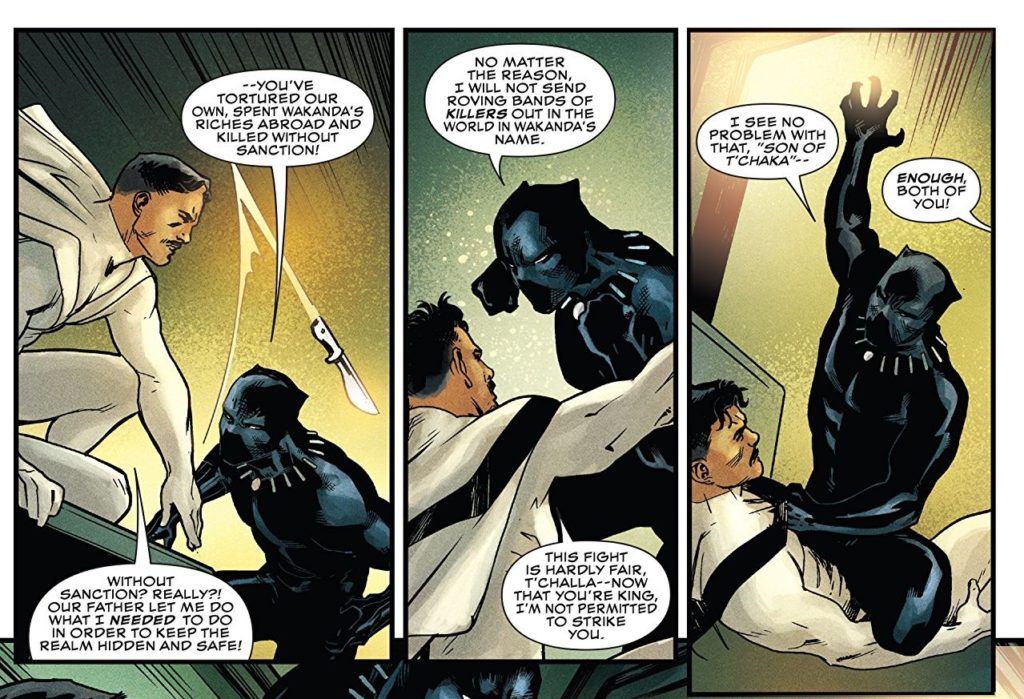 However, Hunter isn’t T’challa’s biggest problem in this issue. T’challa has to deal with a rogue faction of Wakanda, lead by a man close to him. This leads a great flashback and a team with none other than the weather goddess herself, Storm. Even though they already know each other, it’s great to see even the King of Wakanda in awe at Storm. The chemistry between them is great and you can already see the seeds of their future romance. The only gripe I have about their team up is how generic the villain is.

As always the art is on point. Both Pina and Salazar keep the action, characters  and setting looking great. I also hold a special place in my heart for the designs of all the characters clothes, especially the Black Panther suit and Storm’s outfit. As we reach the end of Rise of the Black Panther (I know, I’m going to miss it too), it’s clear who will be the last enemy that T’challa will have to face. I do wonder at what point in T’challa first year we will end up. Here’s to hoping it ends just as strong as the rest of the book.

8 All Skinfolk Ain’t Kinfolks out of 10