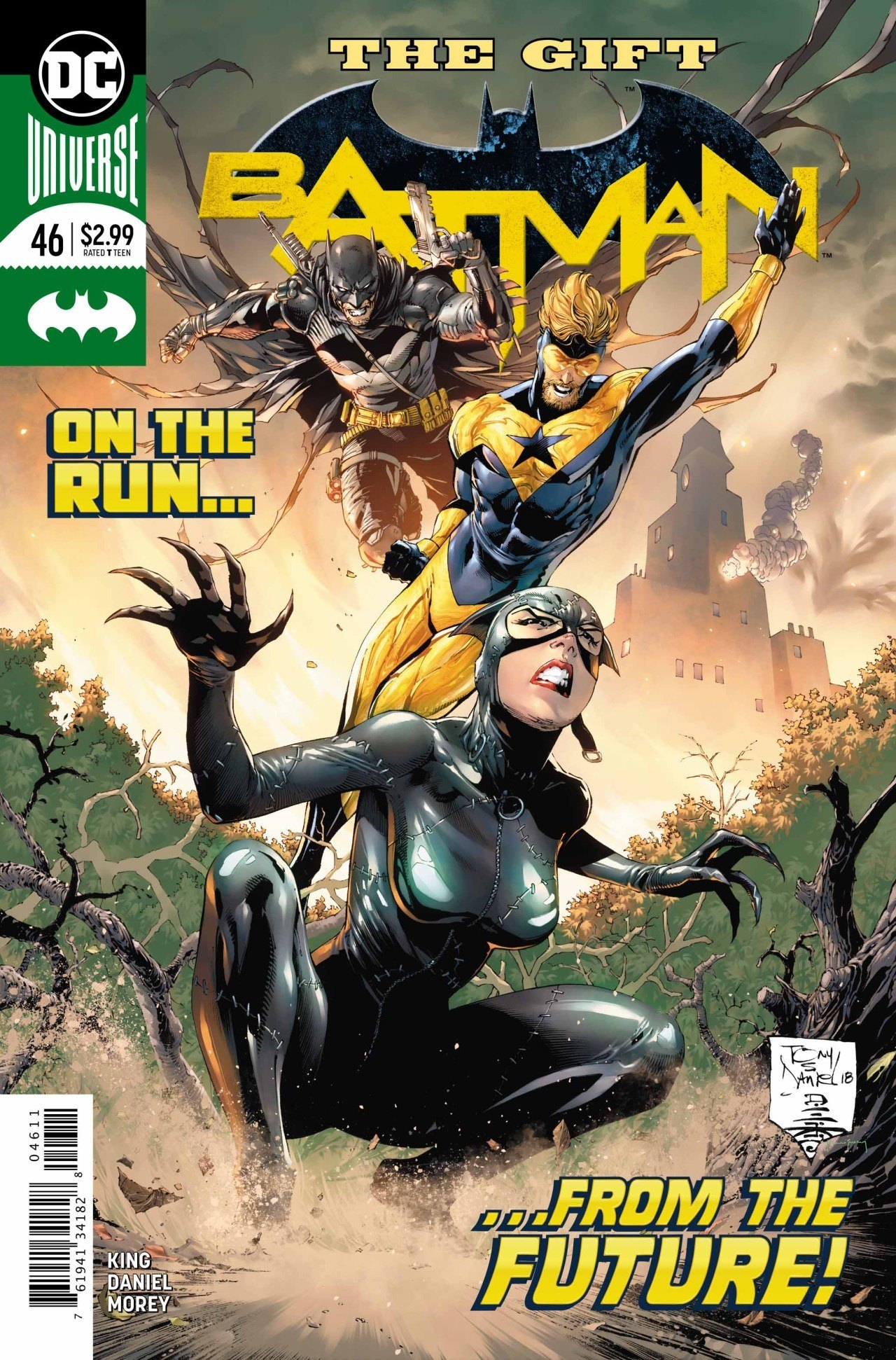 The grass is always greener on the other side. Sadly, you sometimes don’t realize that until you’ve already hopped over the fence, sprained your ankle on the landing, and found out that what you thought was grass was actually astroturf that gave you a mean case of rug burn.

In Batman #42, Booster Gold’s gotten himself, and everyone else on Earth, into a messy situation as a result of his over-involvement. It was made clear in issue #45 that his preventing Martha and Thomas Wayne’s deaths made some serious changes to the timeline. By the end of that issue, Booster was stuck in his own mess. Issue #46 picks up a year later where he’s been forced to live a life full of anxiety and unwanted attention. 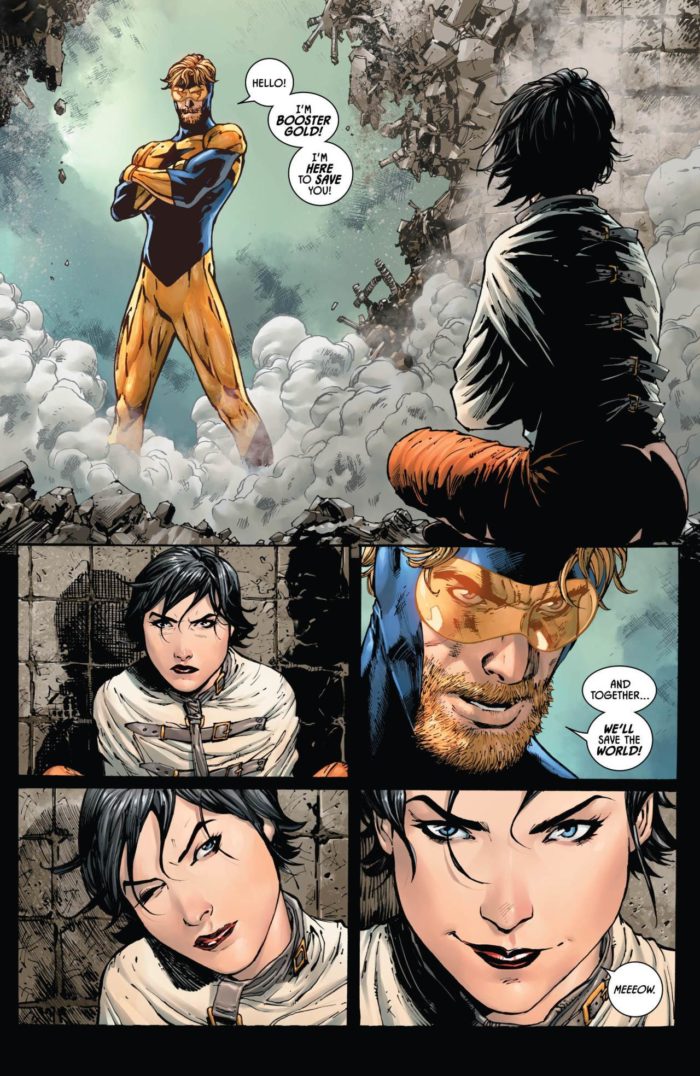 While it’s technically a side story, “The Gift” is still part of the rollout before the Wayne-Kyle wedding is issue #50. Meaning Catwoman had to come into play eventually. But because this is a severely altered world, she’s far from the Selina we’ve grown to love in King’s run on the series. If anything, she’s an even more twisted and demented version of the Catwoman we all saw in *shivers* Batman Returns.

I understand that it’s no fun to read comics where characters are always happy and things are perfect. But I still get a little excited whenever Bruce Wayne gets a glimpse of the life he deserves, with either or both of his parents at his side. The biggest downside to this, however, is watching it all go down in inevitable flames. Issue #46 is no different as yet another of Booster Gold’s plans has the exact opposite reaction he planned for.

Look, I know that he’s had a rough year but it’s getting really hard to like Booster right now. [I kind of even hope he’s not invited to the wedding.]

As far as the issue goes, it’s a solid way to escalate this story but it still kind of feels like it won’t have any lasting stakes on the story. While it’s absolutely fun, I’d kind of rather get back to canon. Perhaps issue #47 will present some long-lasting stakes to the overall Batman mythos going forward.