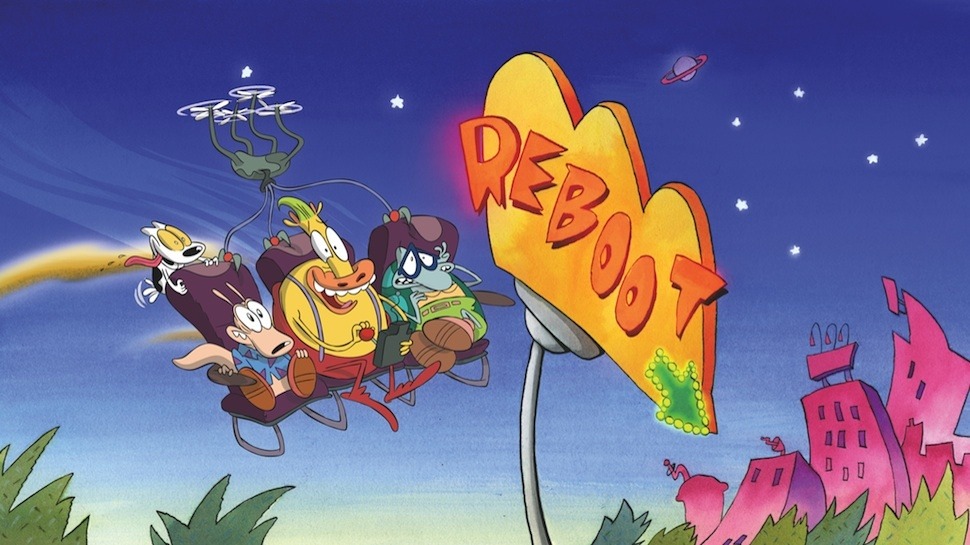 Still on my 90s resurgence flow — a never-ending flow that the industry knows it can keep raking in dough from — one of my ultimate favorite cartoons is coming back, Rocko’s Modern Life!!

I don’t know if Nickelodeon was watching the Cartoon Network reboots and were like, “They F%#$ing up, now’s our chance!”, but Nickelodeon is bringing back the 90s. They had already begun this with NickSplat, a programming block that aired nightly on TeenNick. NickSplat featured reruns of classic mid-late 1980s, 1990s, and early-mid 2000s shows. I was weirded out when I was quoting Kenan & Kel thinking these 3rd and 4th graders wouldn’t get it, and they were chiming in! Then the Hey Arnold closure movie was announced and now this! 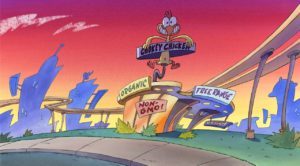 Nickelodeon has done it, they found a way to bring the wacky characters of Filburt, Heffer, and Rocko into the modern world. The show looks to be an upgraded, social-media hashtagged, technology-addicted, hipster energy-drinking mania of a show. The trailer, perfectly animated in the Rocko style, takes us through the beginning credits just as it did back in the day. Setting us up with Rocko and friends popping out of the brush, “Fellas, I don’t think we are in the 90s anymore.” In this intro we see Rocko struggling with cellphone upgrades, laptops, mega brands, coffee shops, and hormone-injected energy drinks, all while Heffer and Filburt jump right in.

Now, I am not surprised at the execution of a new age Rocko’s Modern Life, the show was always about Rocko’s interactions with the world as it turned, changed, and spun out of control. He was just trying to make sense of the modern world. If anyone needs this, it is us – in this dumpster fire of a modern life. It was a relief to see the exaggerations of our real lives made fantastical on Rocko’s Modern Life. It allowed us to laugh at the absurdity, but also shake our heads in agreement with the real life parallels. I am excited to see just how far they will go in this cartoon adventure. 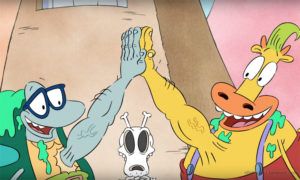 Never Too Old for Rocko

Once Rocko and Ren and Stimpy and the other gritty fantastical reality based shows were gone, I had the feeling, with the arrival of Spongebob Squarepants (yes, it still goes on…), that I had aged out of Nickelodeon cartoons. I felt like Andy in Toy Story and boxed up my old toys, while not having the heart to really give up my childhood. There are many cartoons these days that have kept me young and I talk about them often. Rick and Morty to Steven Universe to Gravity Falls make me happy, but my heart skipped beats watching the Rocko trailer.

Now I know we all wish this was a full-on binge-worthy TV show, but it is slotted to be a one-hour TV movie titled Rocko’s Modern Life: Static Cling. In it, according to IMBD, “After being in space for many years, Rocko and his friends attempt to adjust to an even more modern life.” 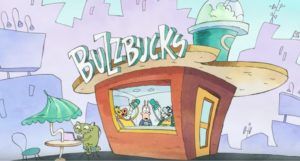 I know it won’t be enough to quench that thirst for old time cartoons (to someone older than me who remembers watching new episodes of the Flinstones I must sound like a youngun) but this will give me a modern but youthful TV glow. Rocko’s Modern Life will satisfy my need to make sense of it all, the only way I know how – with cartoons as my guide!

If you haven’t seen the trailer yet, get on it! When it’s out I’ll be sure to rehash all my 90s feels in a well-deserved review.