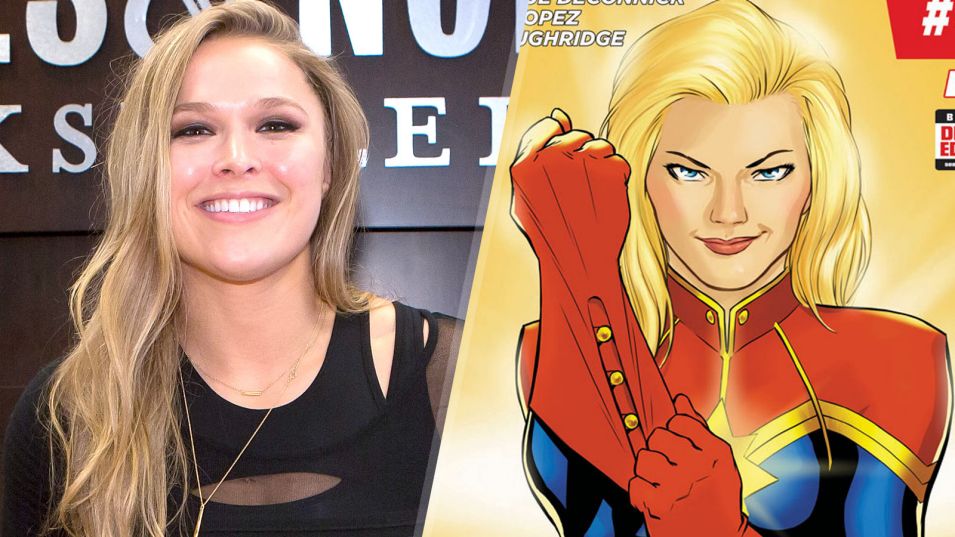 About a year ago I became captivated by a rising start in entertainment, Ronda Rousey. She amazed me, not because of her fighting prowess – which is notable, to say the least, as she is the best woman fighter in the world – but because the extent to which she accomplished a wide range of things she set out to do. Compete in the Olympics? Check. Break in to MMA? Double check, with the bonus of being the first woman to break into the UFC and bring attention to women’s fighing to a level that was unimaginable even 5 years ago. Become an actress? She’s no Meryl Streep, but she acted alongside Sylvester Stallone’s cast by joining The Expendables 3, and had a small part in the greatest action franchise of our generation when she played in Furious 7. Not bad for a little girl from California by way of middle-of-nowhere North Dakota.

[quote_right]whether you love or hate her, to know Ronda Rousey’s persona is to feel some kind of way about her[/quote_right]She even wrote an autobiography – well, more so written by her sister – called My Fight/Your Fight that was published this summer. What can’t she do? My mild obsession led me to reading her book and learning about her life, from growing up with a speech impediment and her father’s suicide, to heartbreaks at the Olympics and in love, and finally her meteoric rise to stardom in the UFC. As I read, Ronda Rousey was captivating to me, yet I felt oddly uncomfortable with her at every chapter. See, as awesome as Rousey is, I realized I cheer her as a villain.

Since the reddit AMA I’ve received so many badass Ms. Marvel/Captain Marvel edits! There were so many cool ones I couldn’t pick just one to share – here’s 2 series of 2 Big thank you to contributing artists: @alexmurilloart (right) and Hugo Dourado (left)

To be honest, I feel about fighting sports the same way I feel about guns: I love them, even though I wish I didn’t. I don’t like that I like them. I love fighting movies, but something doesn’t sit right with me about being entertained by people solely trying to hurt each other. Football is somewhat the same, but even then injury is not the direct point, but a byproduct. Yes, athletes understand the danger. Yes, they can do what they want with their bodies. I don’t judge fighters or begrudge fans – at least I try not to – yet while I understand rationales behind their support they’ve never offered me much comfort. What value should I place in someone’s ability to hurt someone else for entertainment?

[quote_left]Ronda Rousey isn’t someone I want to see playing Carol Danvers; the movie fan in me wants her to be someone Carol Danvers fights[/quote_left]After years of fandom I’ve only just come to terms with my view on sports in general: all sports are arbitrary. We do a certain thing or follow particular rules, often to no inherent benefit. I thought accepting that notion would mean to dislike sports, which is what brought my early resistance, but I love them no less; I just like to think I’ve added perspective. Perspective comes from no-holds-barred non-arbitrary sports: best teacher wins! First person to cure cancer wins! Whoever provides clean water the fastest wins!

What does it all have to do with Rousey? With her rise in popularity and muscular physique, Ronda Rousey is said to be a perfect candidate for portraying Carol Danvers as Captain Marvel. Fans have Photoshopped her likeness onto Captain Marvel’s body in support, and some significant buzz has started around the possibility, led in part by Rousey herself. Maybe it’s due to the pleasure she’s expressed towards hurting her opponents, or because she’s made poor, uninformed views of transgender people, or most likely because of her absolute dominance in the sport, but I see Ronda as an antagonist – one people love to hate, or love to love. Ronda Rousey isn’t someone I want to see playing Carol Danvers; if anything, the movie fan in me wants her to be someone Carol Danvers fights.

Since the reddit AMA I've received so many badass Ms. Marvel/Captain Marvel edits! There were so many cool ones I couldn't pick just one to share – here's 1 series of 2 Big thank you to contributing artists: @bosslogix (two on right) and @salman.artworks (left)

Even more than good guys, there’s nothing better to me than a complicated, polarizing villain. Of what you know about Rousey’s public persona, are there many others more effortlessly fitting as a nemesis? Even if her acting isn’t yet up to snuff, her real-life personality should at least inspire a fictional character – someone as indomitable and complicated as Rousey herself. Because let’s face it: whether you love or hate her, to know Ronda Rousey’s persona is to feel some kind of way about her. She’s polarizing. She’s complex. She has a Kanye-like arrogance that can make me pray for her downfall, and then makes an epic speech about “do-nothing bitches” that makes me stand and applaud (if you haven’t watched her comments in response to her “masculine” body, please do yourself this favor; it really is epic). She confuses me and her sheer existence challenges me. And I love it.

As far as I can tell, Ronda Rousey is a person whose values I don’t agree with. She works in an industry I don’t much support. I may never settle completely into my views on fighting sports, but man, translate her essence onto panels or film and I am all here for it. There are few public figures better to cheer for as a villain. After all, comfortable or not, I already do it in real life.