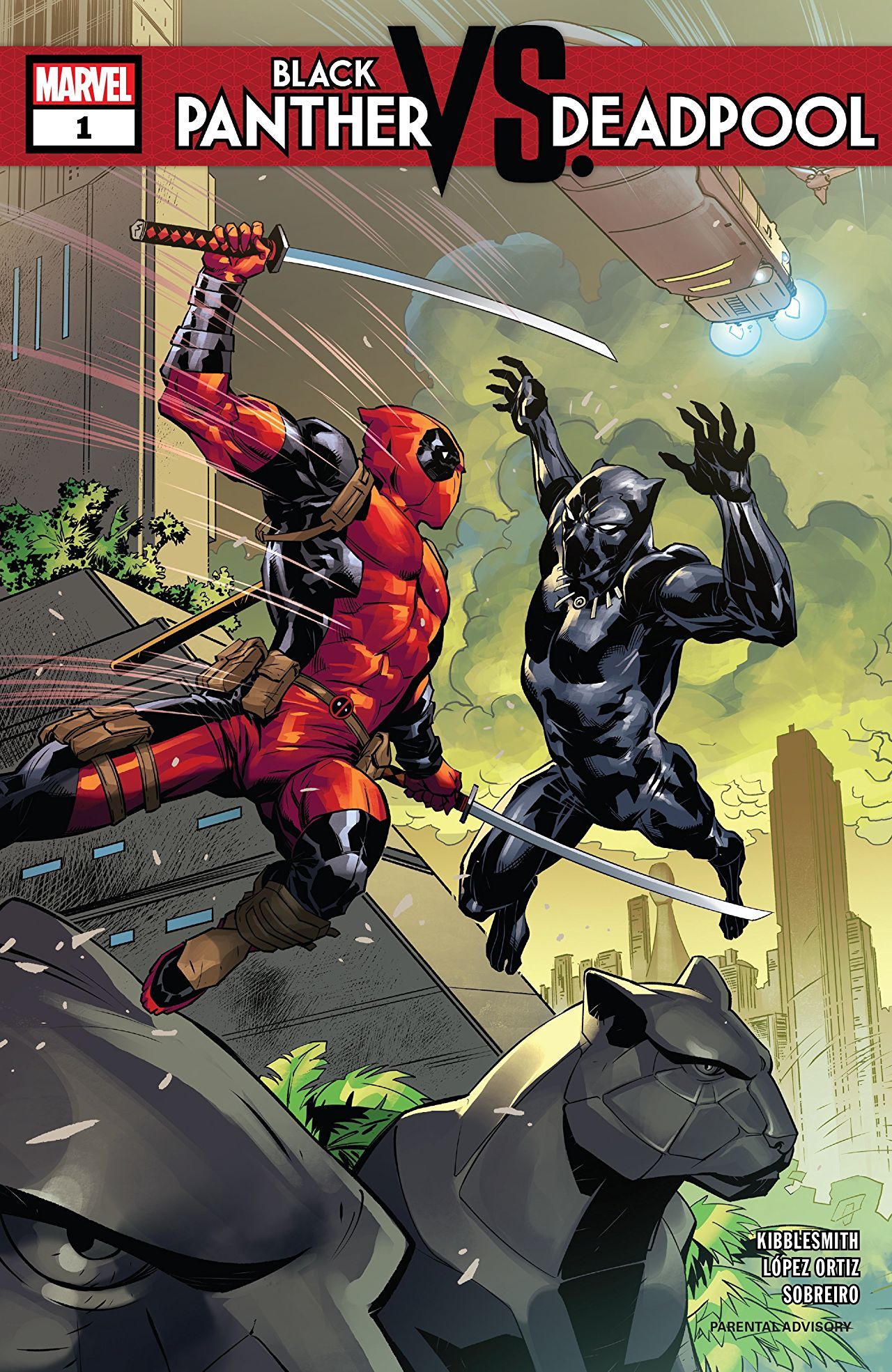 Help! I’m Laughing, and I Can’t Get Up

What did I expect? A comedy writer took over a comic with Deadpool as one of the main protagonists. Reading this is one of the best decisions I’ve made this week. If I could describe Black Panther vs. Deadpool #1, I would call it a well cultivated sundae; except instead of a cherry on top it’s a bucket of existential crisis. Black Panther vs. Deadpool is the merge we didn’t see coming, but was definitely worth the trip taking. There were so many underlying metaphors that I was so appreciative of that I just couldn’t simply glaze over it.

I genuinely enjoyed the realities that were presented for these protagonists. The introduction for each set the tone. Love how it ranged from honor of the people to honor of preservation. Both equally as important. Both represented within a different context for one another. T’Challa’s royal preservation, the honor reflected off his status, what he has left to prove. Deadpool’s self preservation reflected upon impulsive movements and what is left of his morality. Kibblesmith managed to highlight the movement between grace, wit, and harsh realities. He uses their personalities as a crutch to elevate the comedic aspects and also shed light on desperation as a means of survival. 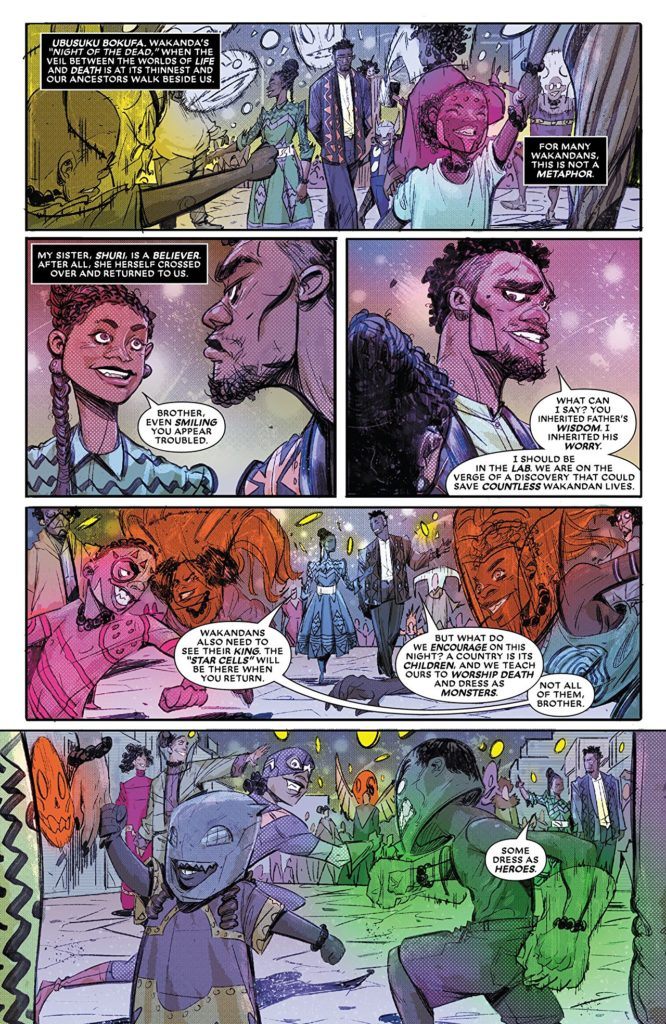 As a Deadpool fanatic, this is easily one of my favorite DP introductions. As a honorary Wakanda hopeful, I cannot wait to see what kind of mess T’Challa will inevitably run into. I’m excited to see how Black Panther’s royal preservation leaks into Wade’s less than moral ways and vice versa.

Chaotic Neutral as an Art Form

I love it when art matches the mood of the content rather than take its own steps as a separate medium. If there is one thing that Ortiz did correctly, it is mesh the worlds of our protagonists together before they even met. The collision between colors and mysterious shapes kept pulling on my strings after every flip. The pages looked like colorful outlines before a chaotic outbreak which speaks back to the writing. The format of each panel did not overpower the writing, rather it aided in its mission. What I think would be a beautiful addition is the art style slowly evolving its lawlessness or lawfulness to reveal the influence each character has on each other. It would not only enhance the text to image convergence but also assist in the pushing of a general atmosphere.

The Kibblesmith and Ortiz team pulled through and used chaos as a metaphor to establish the climate between our two protagonists. The thin line between understanding necessities and taking advantage for preservation is a conversation that leaks into our current realities. I am excited to wander into the battle these two will be forced to conquer or fail whether it is internal criticisms, fears, or just plain out fisticuffs for a misunderstanding.

Reading Black Panther vs. Deadpool? Find BNP’s other reviews of the series here.