This issue of Runaways is a reset button in many ways. Not only is the start of the new arc, titled ‘That Was Yesterday’ but we have the return of the most divisive character in Runaways history! There’s a new artist on board for this book (and #14) as Kris Anka takes a brief hiatus, and we encounter our newest villains that are bound to be a major thorn in the side of the Runaways family.

Rainbow Rowell is going to be loved and hated for the character she just reintroduced to this comic, cuz the traitor McTraitorson himself is backkkkk!! The return of Alex Wilder is weird, intriguing and complicated all rolled up in one. Rowell has always excelled when she has the opportunity to sink her teeth into characters and play with the relationship dynamics of friends. She has a chance to show us exactly how a squad reacts to old friends popping up unannounced. Most are bound to be combative, but others show sympathy for their former comrade, and a select few are so conflicted that it takes everything in their power to keep their composure.

Gert is fed up on sight. Chase want the static. Molly is but a child and can only express joy for someone that used to be one of the OG team members. Karolina is just confused, not knowing he had returned from the dead. Last and most perplexing, Nico spews hatred off the rip, but is also filled with dread because he’s such a natural leader. But despite all being in different places regarding how they individually feel towards him, they can all agree that he is a grade A dick for choosing his murderous parents over them! 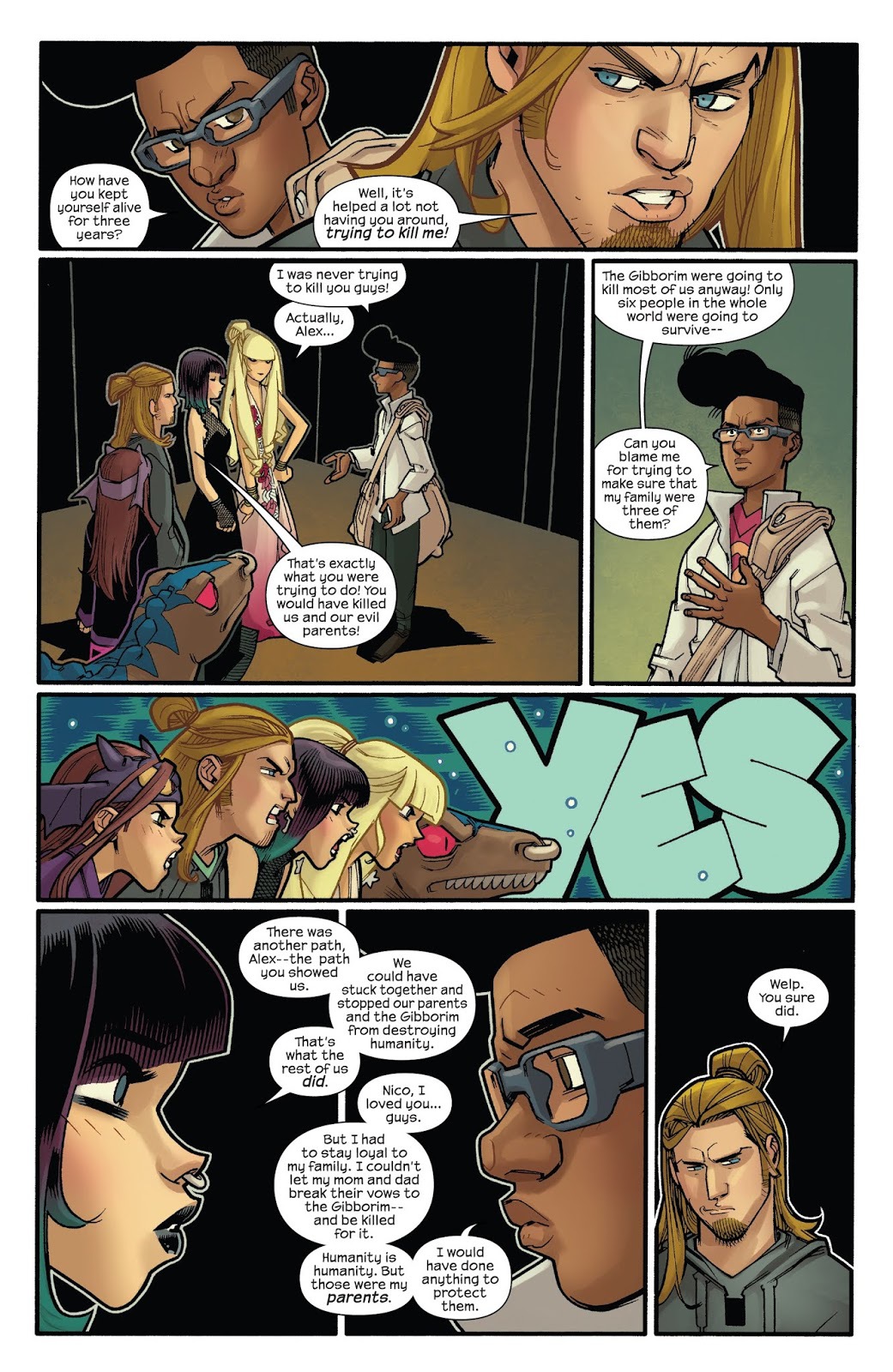 Alex was a huge return, of course, but the biggest bomb that was dropped in this game changing issue has nothing to due with any human that’s ever crossed the Runaways. Normally, I’d steer clear of spoilers this big, but we’re going to be seeing a lot more of these vermin, so let’s get wild. Rainbow goes all in on the crazy of this issue and brings forth the return of the Gibborum!! Now I’ll leave out the details for the few who haven’t picked up this issue yet, but just know their return is legit and they bringing all the smoke if the Runaways don’t do as they say. 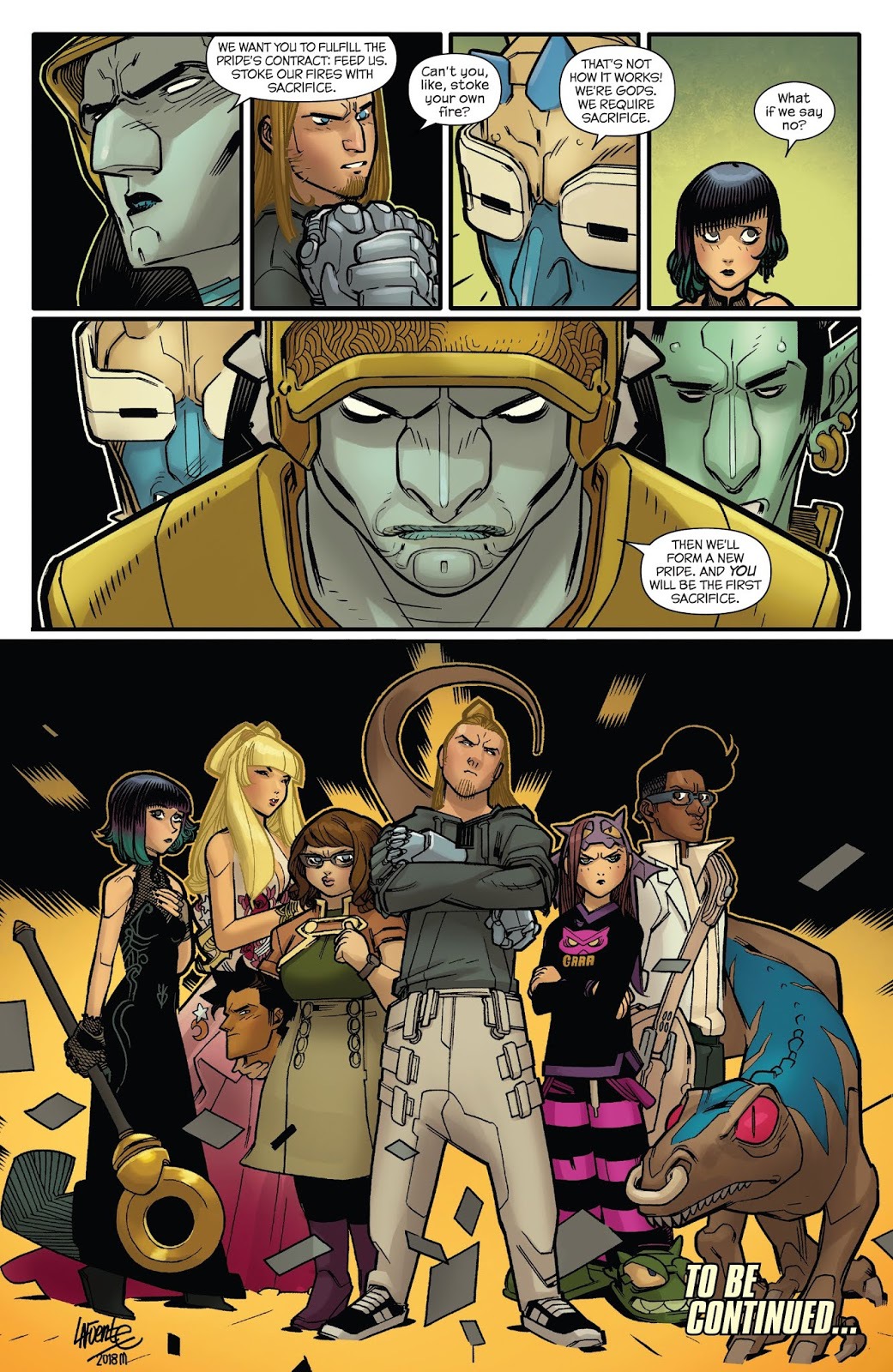 David Lafuente’s artistic style is quite a departure from Kris Anka’s work, that he’s been crushing. I’m not a huge fan of drawing more cartoon like characters, and his depiction of our Runaway ladies could’ve been finessed way more, but Lafuente does a dam good job with pretty much everything else. The truest test is drawing Karolina, and she’s as bright and gorgeous as ever. The action scenes are vibrant and exciting. The baddies are decently menacing and Lafuente really goes hard on the few panels where he can flex. Maaannnn all I know is that Rainbow Rowell has blessed us with the original Runaways squad + Victor and everything is better when the gang’s all back together.