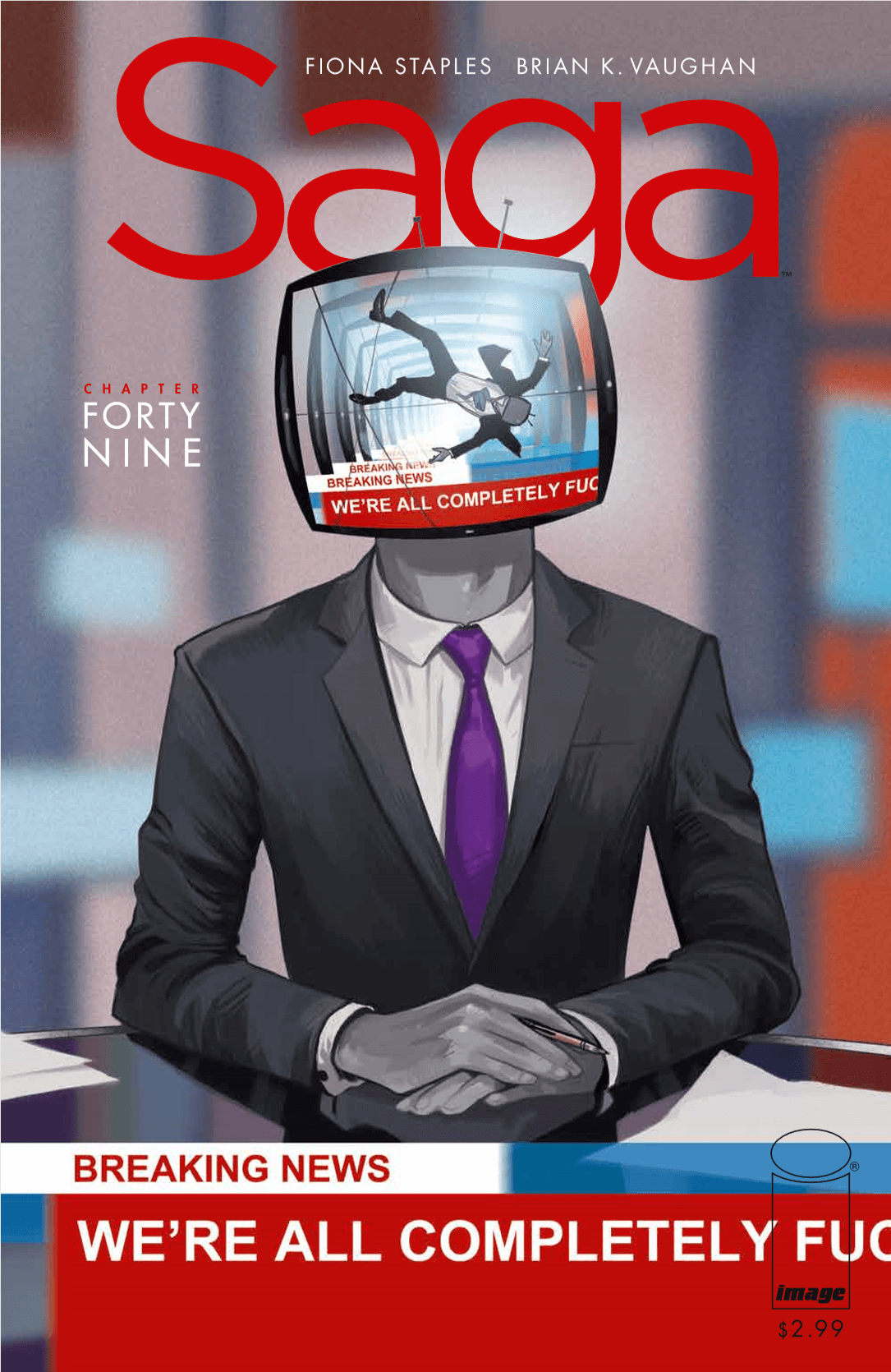 Saga started out nearly six years ago, and during all that time, there have been few stories that have stayed as captivating and relevant as the tale Vaughan and Staples have weaved. After a hiatus, arguably one of the greatest space fantasy operas ever decides to ominously announce its return by proclaiming BREAKING NEWS: WE’RE ALL COMPLETELY FUC— “ on its front cover.

The issue starts off proper with The Will having a very unfortunate island hike as he is held captive by Ianthe, picking up their narrative from Saga #47. The Will (currently also referred to as Little Willie and Bill in some great one-of jokes from Vaughan) and Ianthe only take up the opening pages, but their looming pursuit of Hazel and her family injects a sense of foreboding that persists throughout the rest of the issue. 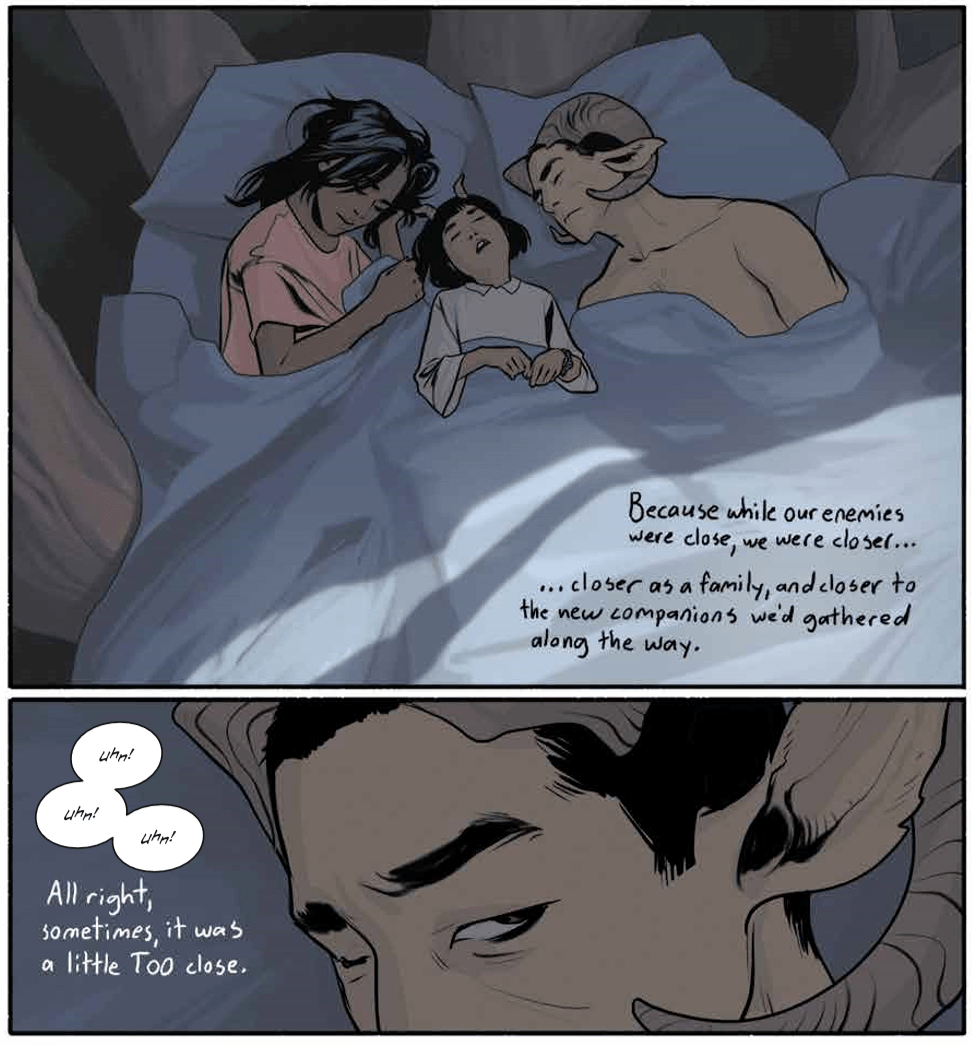 The rest of the issue is spent on Rocketship Tree and the new status quo now that there are two families and an assortment of other misfits on board. What follows is a beautifully drawn and wonderfully written tapestry of the different family dynamics that in turn dissect all the core themes of Saga. Despite taking place in an alien universe, the characters resonate just as loudly as they did when we first met and with the new characters, we get to see new facets of narrative come into focus. The inclusion of the amphibian journalist duo feels particularly poignant in this day and age.

But the highlight of the issue is the budding relationship with Hazel and Squire. Without getting into spoilers, Vaughan perfectly juxtaposes the clarity that hindsight provides against the brash actions of children and Staples’ artwork is an absolute gut punch.

It’s good to have Saga back in the pull. The new arc is off to a very promising start, and there is nothing quiet like this particular emotional roller coaster.