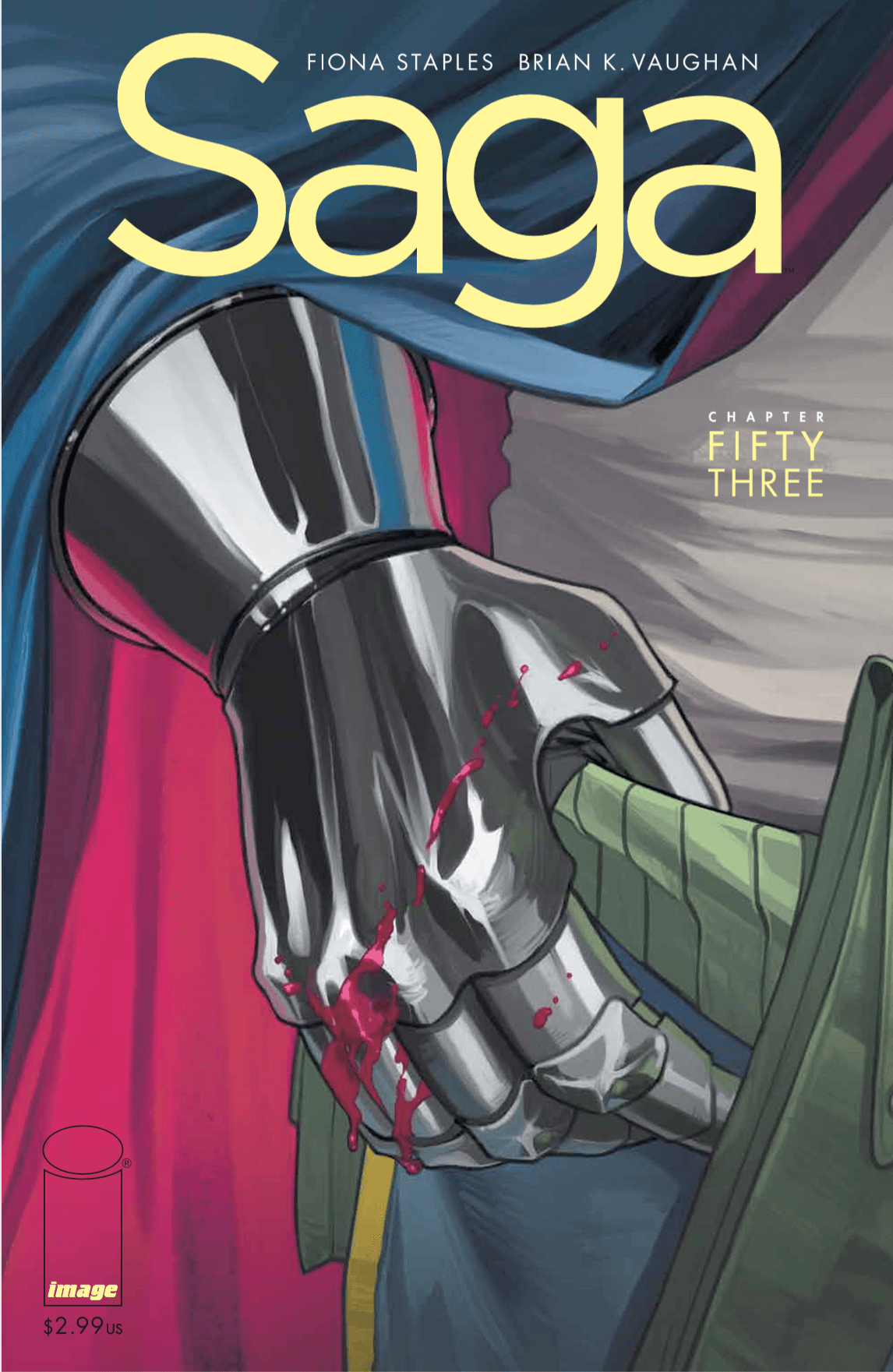 Whenever you open an issue of Saga, it’s hard to anticipate how exactly Vaughan and Staples are going to eviscerate you emotionally. There is a complex network of personal and political relationships that, over the course of fifty plus issues, have become intricately entangled. Every plotline seems perfectly timed with the flavor of the month. Perhaps Vaughan is precognizant or, perhaps more realistically, he is exceedingly aware of the universality and timelessness of these struggles for acceptance in a world where the other is ostracized and it’s hard to determine truth. 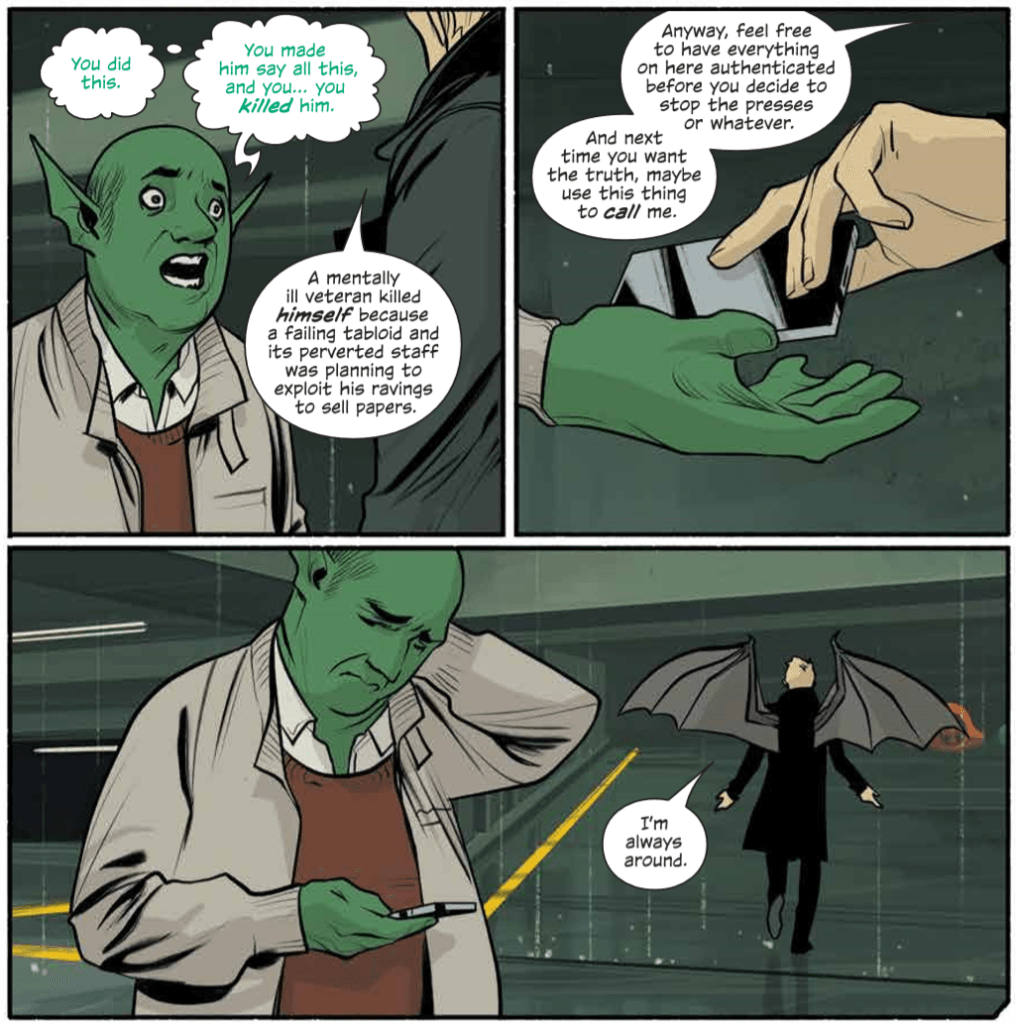 Meanwhile, our central cast of characters is still searching for Squire. And all of the plot points, all the rising tension, come to a breaking point. Well, breaking points would be more accurate. Every lead finds themselves facing the cumulative consequences of everyone else’s actions and ulterior moments. This successive summation leads to one of the most shocking panels in Saga’s run. The fact that I am still shaken is a testament to Vaughan’s story telling and Staples’ artwork. The careful weaving of different groups of characters, as dialogue from one exchange seamlessly sets the tone for a group on an entirely different part of the island, remains one of the comic’s signature story telling tactics. Staple’s panel layout and artwork continues to be the pinnacle of speculative fiction. 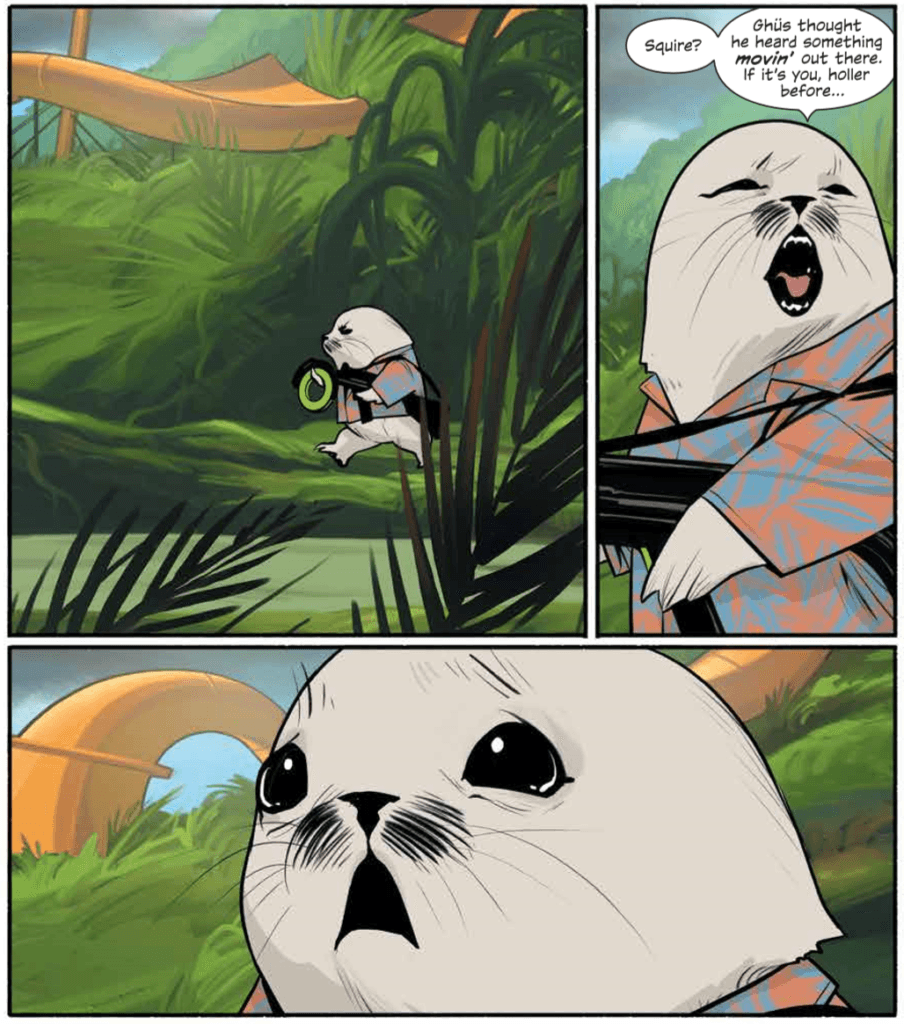 Next issue is the quote unquote season finale. I am currently exceedingly stressed out that I have to wait another month to see how this all wraps up. This arc has been harrowing every step of the way, and there are only so many ways that I can say Saga is going down in the history books as one of the greatest stories in any medium. But Vaughan and Staples continue to show the fuck off.