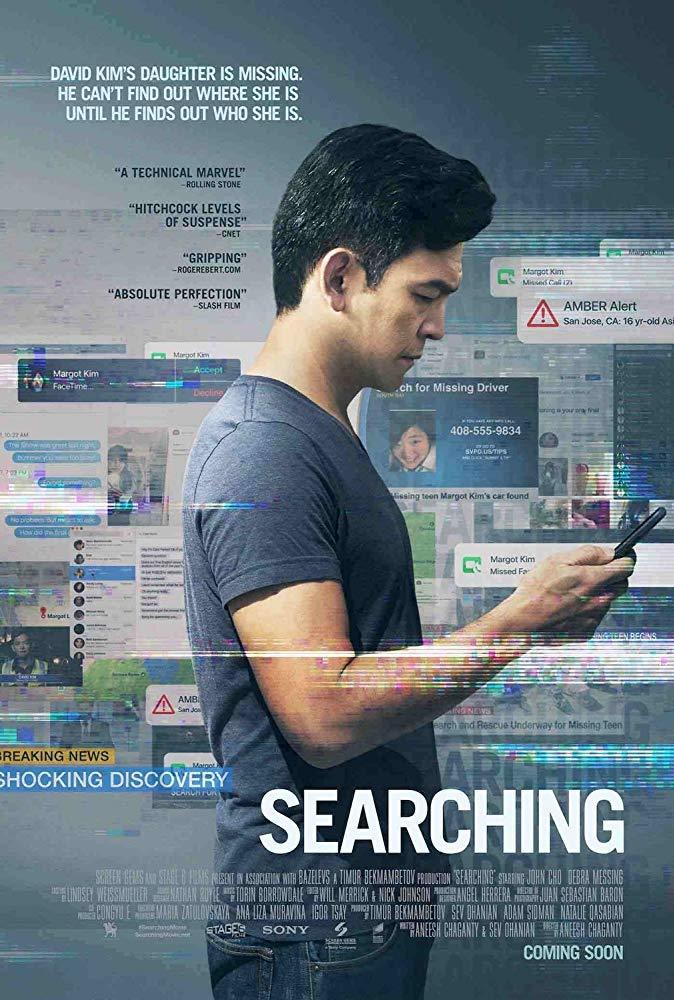 I genuinely didn’t know what to expect when I walked into the theater to watch Searching. Aggressive Facebook ads forced me to vaguely understand it was about John Cho searching for his missing daughter. All I knew was some Amber Alert type thriller that was directed by an Asian-American was getting unbelievable praise from the Sundance Film Festival, so my inquisitive side had to give props to the diverse mind behind the accolades and see how this guy Aneesh Chaganty pulled off a film like this. My optimistic, movie loving side simply wanted to sit on the edge of my seat and find out if my boy from Harold and Kumar Go to White Castle could locate his daughter.

Turns out, the theater had the reclining seats, so I couldn’t really sit on the edge of my seat, but Searching delivered nonetheless! I knew I was hooked within the first 10 minutes. A lot of people blindly accept a movie’s single father household without second thought but it is great to encounter one that weaves an ornate and compassionate backstory that you can believe. But of course, that heartwarming touch always comes to an end either by death or divorce, and Searching is no different. It’s a beautifully tragic introduction to the family that you’re rooting for the whole way. The filmmakers did an great job of character building, with such a small cast and it is apparent from start to finish. Emotionally, you become enthralled with this father’s concern and refusal to quit.

Our story focuses on the night David Kim’s daughter Margot allegedly goes to a study group, winds up calling him 3 times, and is never seen afterwards. The next day he assumes his angel is at piano practice, just like every Friday afternoon, but things begin to unravel for David Kim once the piano instructor tells him that Margot stopped attending months ago. It all hits him like a ton of Rock Lee ankle weights. The bulk of scenes outside of the search are dedicated to how much he truly knows about his daughter. How long has she been lying to him? What does she do in her spare time? Slowly, but surely dad discovers how clueless he’s been. Friend isn’t really the word most classmates would use to describe Margot. Online, she has another life that dad is utterly baffled by.

David is confused, horrified, and scared for his daughter’s life so he goes on a full social media hacker blitz and for a moment, might’ve been auditioning for the final season of Mr. Robot. He jumps through all the hoops to send “forgot password” emails to Margot’s online accounts and stops at nothing before he has access to all her “friends,” contacts, and social media content.

The story takes a dark turn once David discovers what happened to all the money he had been giving Margot for piano lessons and officially files a missing persons report. The case is assigned to San Jose Detective Rosemary Vick (Deborah Messing), and she is an absolute beast. Becky with the good track record has climbed the ranks and gotten all the praise, so you can’t help but put all your faith in her once clues start to be uncovered. It’s a race to find Margot before this rescue turns into a recovery mission. 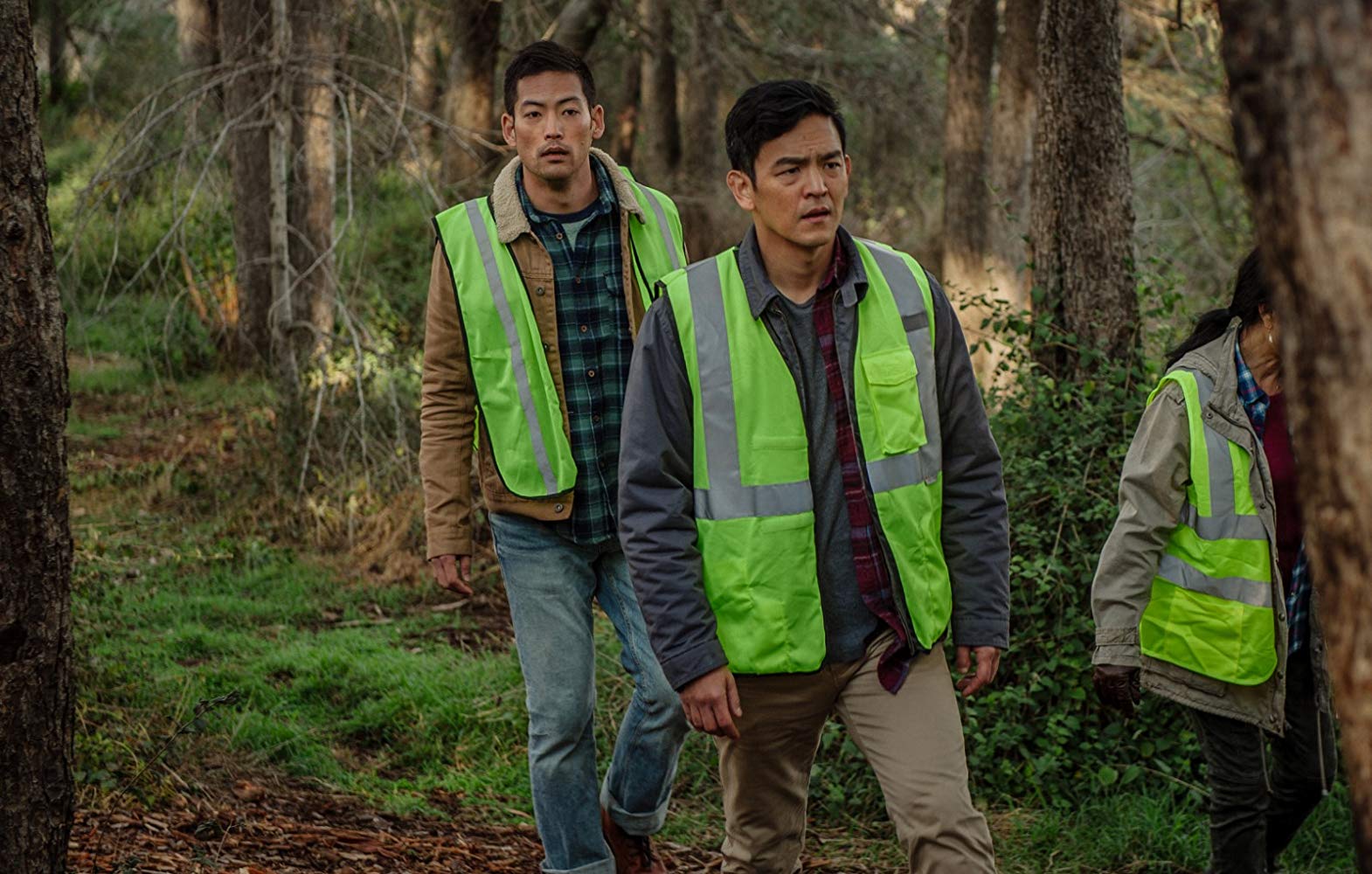 Searching is absolutely terrifying for many reasons. The first one that jumps out at me is the overt use of technology in the film. They go a step above simply showing texts being sent to and from people’s cell phones. You, the audience are an integral part of the movie, because it is shot from the smart phone point of view. The theater screen becomes a FaceTime call. You’re the laptop when David tries to recover Margot’s passwords. You also feel the pain of a parent having zero clue what some of these sites and high school obsessions are.

It was painful, and that’s how you know they wrote and acted their asses off for this movie. Like a girl-crazed 16 year old boy, David’s computer aka the theater screen is constantly filled with multiple windows and apps compiled on top of each other, waiting for a notification or clue pointing to what happened that night. Chaganty does an amazing job of capturing the horror that comes with losing a child, while changing the game in style and cinematic execution. The vast array of technology at the fingertips of every young person is on glorious display, good and the bad. Searching is absolutely terrifying, but it’s also sprinkled with little jaw dropping moments that keep you salivating for more. 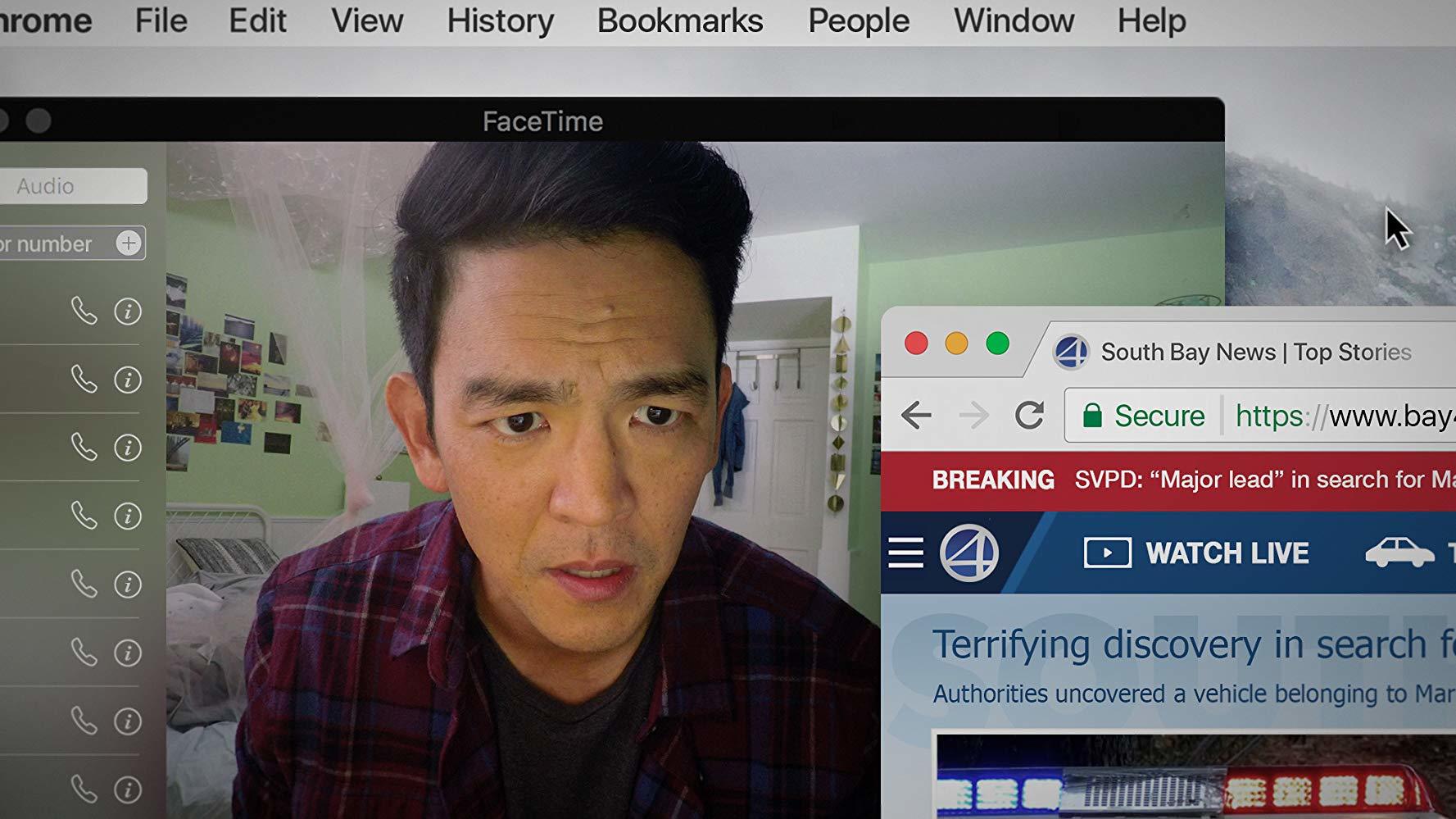 By the end, every theory you had swirling in your presumptuous mind is turned on its head, and you’re left wondering how and when the truth all went down. Every minute builds like an well shot Law and Order episode where you begin to piece together the events of that fateful study group night. Misdirection is properly implemented, so each reveal is satisfying. Then when it’s all said and done, you’re left thinking how you left out that possibility. Searching once again proves that actors and directors of Asian Descent have just as much talent and a right to their piece of the Hollywood pie.

Hell, if Crazy Rich Asians proved anything, it’s that a predominantly Asian cast can make movies about love, family, coming of age, acceptance, or ANYTHING (and be of the romantic comedy genre that it is often trashed unjustly) and still have it be a financial powerhouse and critical triumph.

If you’ve been on the fence for one reason or another, go check out Searching. John Cho provides a level of tenacity in a main character that I haven’t felt since Denzel in John Q. The family dynamic is intoxicating, from the heartbreaking intro to the gripping finish. We’re embarking on a beautiful time in storytelling and you don’t want to miss out on the films that continue to lay the groundwork for perhaps the most diverse time in Hollywood history. Fans of thrillers, a commanding script and exciting new visual styles, this one’s for you!