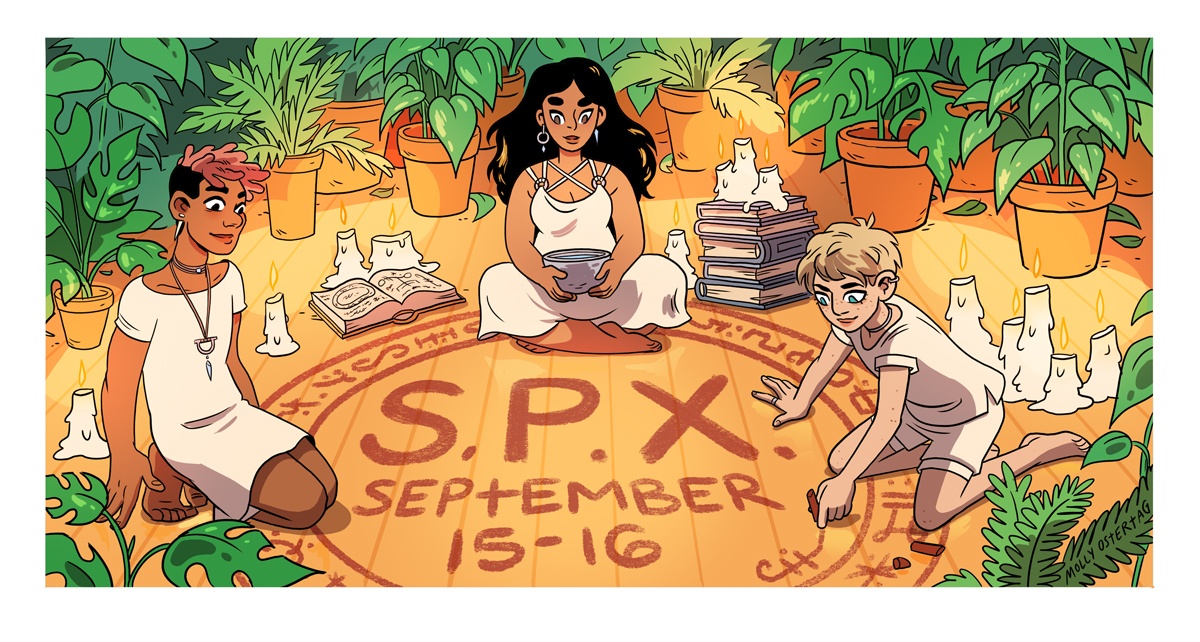 There’s few conventions or expos that have secured my heart in so quick a time as Small Press Expo, and with my second year under my belt I can finally pinpoint why. Let me take you with me. It’s Sunday morning, the second day of SPX 2018, and I’m trying not to sprint from the parking garage to the North Marriott’s White Flint Auditorium. I check the flyer again to see I’m truly on my CPT today, hoping that everyone else is on theirs as well (spoiler: of course we are).

The #drawingwhileblack @SPXcomics meet up is in about half an hour !! Come by and chat with other! Invite friends too! pic.twitter.com/ykO3zN57LA

I rush in, trying to look around casually before finally spotting the #DrawingWhileBlack hashtag’s founder, Abelle Hayford, who greets me warmly and invites me over (you can read up on the inspiration behind the hashtag in our interview with Abelle from last year’s SPX). There’s a small group gathered already, and in no time laughter rings out as we trade opinions about movies, art schools, and just the realities of being Black creators, making space for more people as they arrive. Nobody acts as gatekeeper, demanding to know what table you came from or what product you brought. When someone does pass out a book, everyone grabs them with joy as if receiving a comic for the first time and before we know it it’s time to take a group photo and disperse to tables and panels. 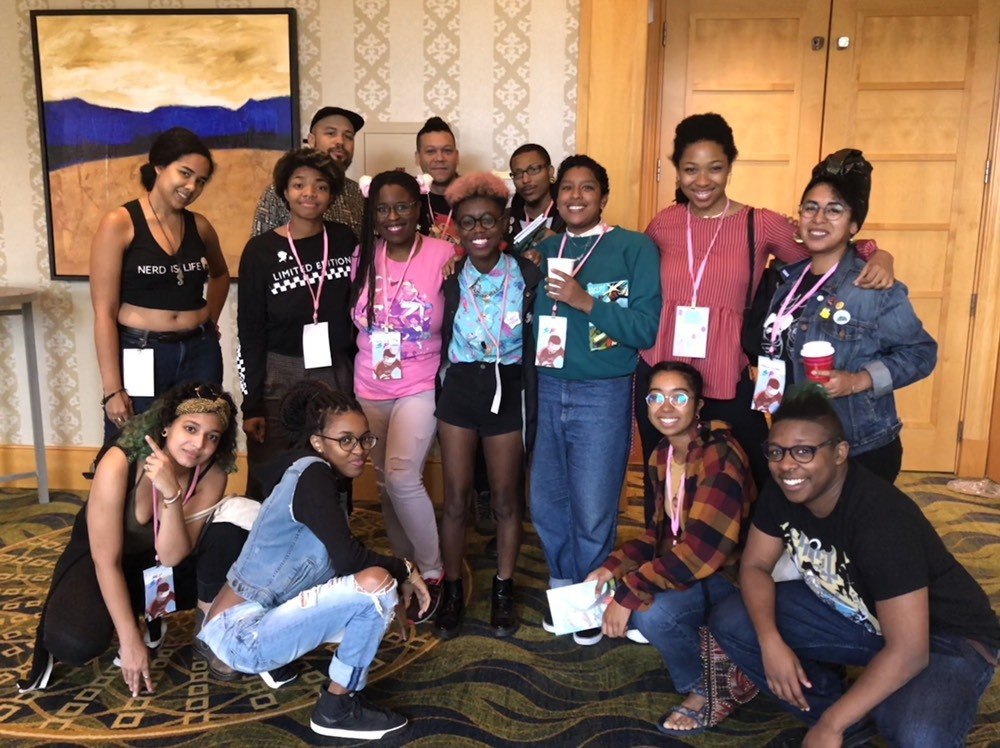 This gathering, though not necessarily an official part of SPX programming, is every bit what the SPX experience should be for a POC participant, if not more. Last year I mentioned the discussion of a much-needed creators of color directory, and while a document itself doesn’t seem to have been compiled yet, enough careful organization of your Twitter timeline makes it easy enough in a community determined to loudly cheer for one another.

Take for instance this year’s panel selection, an impressive offering of different genres, ages, experiences, and cultural viewpoints from local to international presenters. While the biggest draw Saturday was the “Universes of Rebecca Sugar” panel (click the titles of the panels for my livetweets), Sugar’s big name status in no way overshadowed other panels of the days such as “Feminist Futurism & Fantasy” or “Trans Memoir.” If anything, all three emphasized the importance of resilience in the creative field, the value of one’s unique voice, and remembering one’s roots/forebears in order to open doors for future artists, an inter-panel conversation that could only take place as a result of a thoughtfully curated schedule.

Sunday’s panels were similarly comprised of diverse yet intersecting voices between “Teen Latinx Memoir” hosted by the incredible DC-based organization Latin American Youth Center, the children’s literature panel called “Building the Jungle Gym,” and the “Queer Romance” panel. One pressing criticism I had last year was that I felt that many of the panels failed to include Black or even non-white passing panelists, a lack that felt even more palpable once the #DrawingWhileBlack hashtag was launched and one could see a significant number of posters present throughout the Expo. 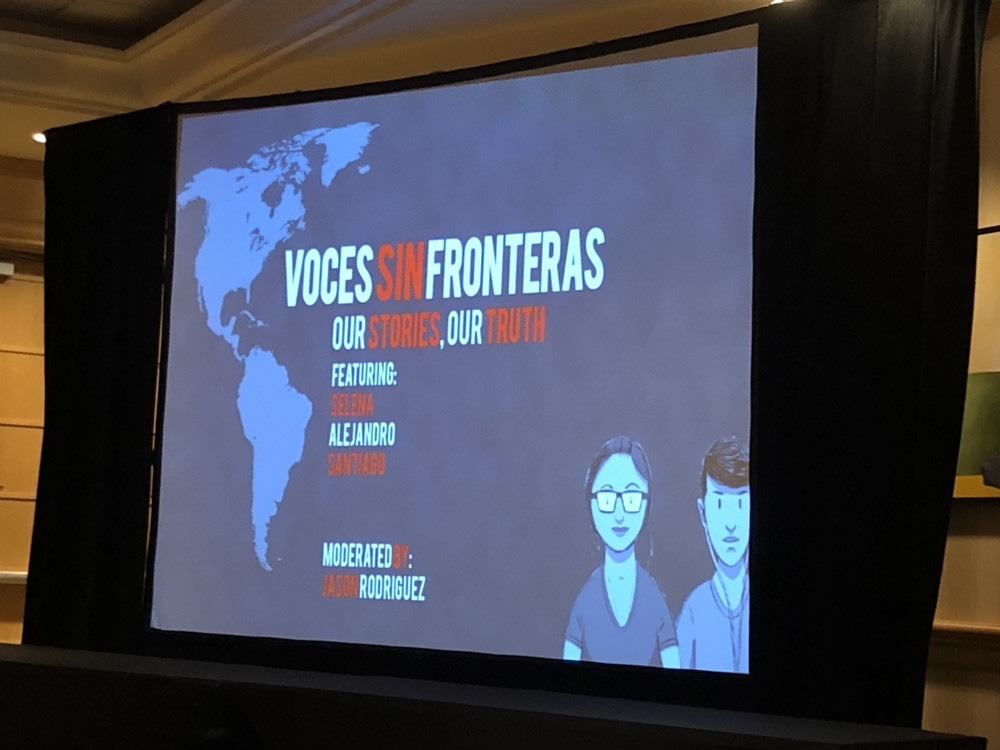 This year I was delighted to find that not only did the sampling of panels I attended more visually reflect the diverse experience within the visual arts field, this representation continued for subjects that were not explicitly about race. As an example, I thought that both Shauna J. Grant’s (creator of Princess Love♥Pon and listed as one of the Five Blackest Manga You Should Be Reading Right Now) and Shannon Wright’s (creator of Castor & Carina: Halley’s Cosmic Combo) contributions to their respective panels really helped open up the conversations of nostalgia and childhood to a Black cultural lens. I’m also hoping that the “Teen Latinx Memoir” panel is part of a growing trend to invite non-adult voices to hold spaces of power in the arts community as creators in their own right and not just as audience members.

This brings us at last to the Ignatz Awards Ceremony, a celebration of achievement made even more necessary by controversies which can be best summarized by cartoonist Ben Passmore’s observation that “comics is changing, y’all. There’s some dusty people out here who don’t like it” (Phillip LeBlanc at The Beat has a great breakdown of what lead up to and followed the moment). Personally, I was mostly pleased to see a majority POC judging panel this year, including BNP favorite Taneka Stotts, as well as another longtime BNP favorite, Richie Pope, winning Outstanding Artist for The Box We Sit On.

It’s one thing to observe the shift in comics towards creators of color, LGBTQIA+ creators, and those of us that are both from online sidelines or in small conversations. It’s quite another to see the leaders of this movement, both seasoned veterans and fresh fighters, come together and palpably feel that passion fill Small Press Expo. To laugh through breakfast alongside creators whose work can make you feel seen right to your core or to bond with your new favorite artist through a shared side eye in the Exhibition Hall ’cause white folks be out here tryin’ it sometimes. (Also: the fact that SPX launched a fundraiser to #DefendThe11 indie comics community members facing a defamation lawsuit is wonderful show of support.)

It’s like leaving with a charge that I don’t think I can sum up any better than Rebecca Sugar’s heartfelt quote during her panel: “Failure is not a problem. Stopping is a problem. There will always be bad drawings, but there’s no problem if you kept moving forward. Don’t stop. Please don’t stop.”