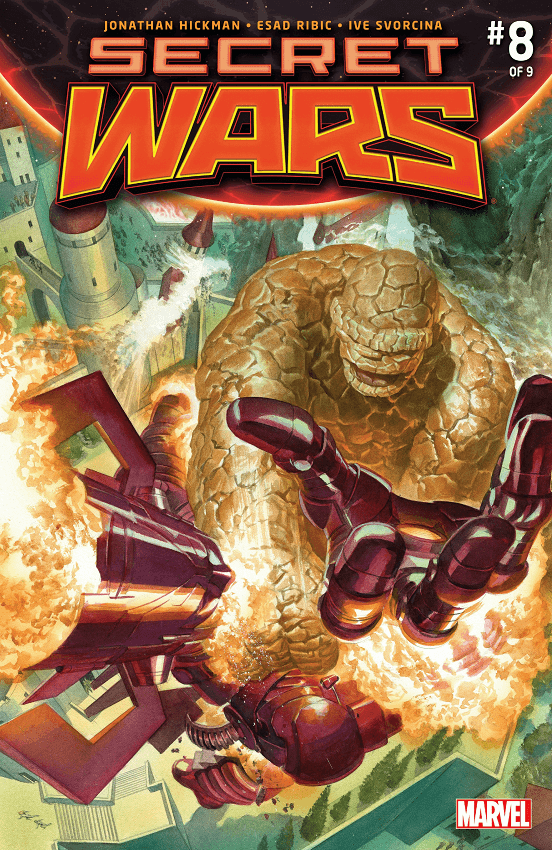 So let’s get this out of the way, the delays to Secret Wars sucks, yo. Nothing has turned Marvel upside like this in a while and the fact that this event stretched on for double its originally planned length has made it hard to get excited about. Especially with the rest of the Marvel Universe having to move on. Now, having said that…

…Gotdamn I love this book. In the last issue, the world that Doom had recklessly constructed was coming down around his ears as various factions have risen up in rebellion. While there was a lot of action in the last issue, there was still some setup for the final act of how the world will be shaped. Well, if you were waiting for some of these opposing forces to finally come together, this issue gave you just about all that you were looking for. The open war among the Barons split between Doom’s rebellion, his loyalists and the opportunists reaches a fever pitch.

Maestro has brought the Hulk army to the castle walls. Ben Grimm is fed the hell up. And our heroes from the previous world finally make a coordinated attack. What Hickman does so well, is giving us the fruition of what he’s been visibly setting up, but also surprising us with things in a hidden hand narrative. The blending of the new Battleworld and originating 616 is done with such finesse, especially in regards to the “First Family” and Ben Grimm. 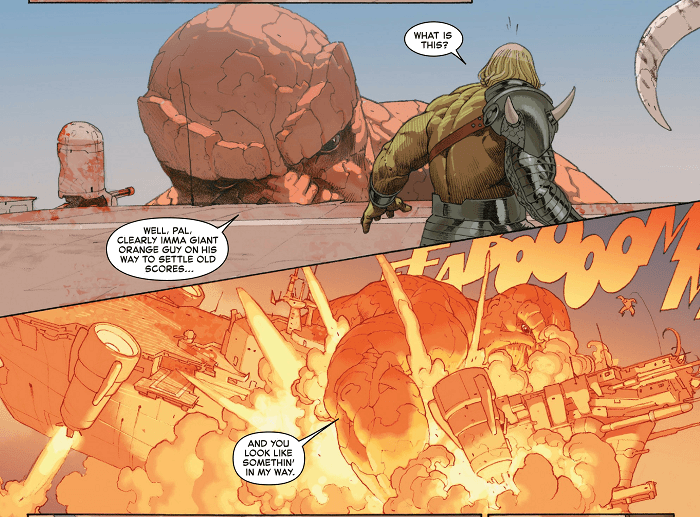 [divider type=”space_thin”]
And yet, again, Hickman makes the most of Doom’s rare appearances on the battlefield and shows that by the laws of this world, it is no fallacy: Doom is in fact a god. His confrontation with Thanos and the aftermath will probably be first point of evidence for every “Doom is the best character in comics” think pieces you’ll see over the next few years.

I’ve felt that over the stretch of Secret Wars that Ribic’s art has been great at its peak and pretty inconsistent at it’s worst. This issue in particular is on the higher side of it. While there’s plenty of destructive and bombastic action, there are some sentiments at play with swan songs for characters that work well with the soft pencil lines that Ribic settles into. 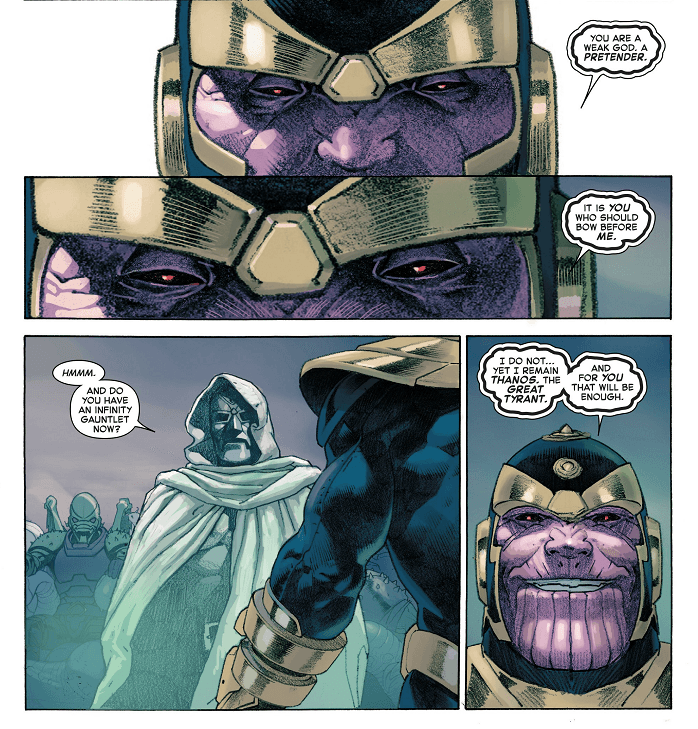 Only one more issue of Secret Wars left, which, hopefully, we’ll get next month, but I wouldn’t hold my breath on that. Still, even with the release schedule making it impossible to gather momentum, this book is still an incredible voyage and really underscores that Hickman has cultivated something so ambitious and rewarding, that it will be hard to not compare other long form stories to his.