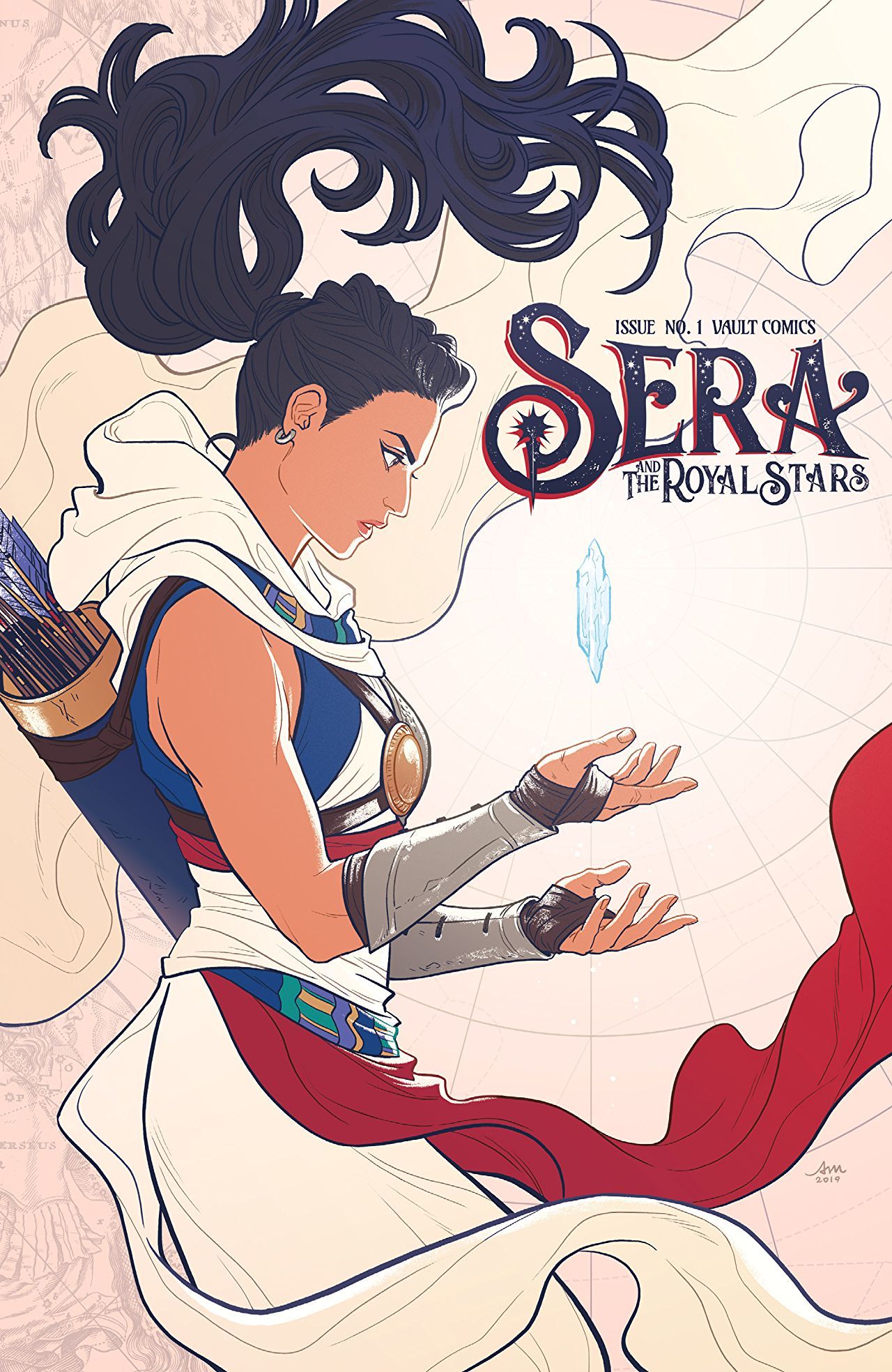 W-O-W! Vault Comics has been swinging strong with this latest phase of comics for the masses, and I am here for it! July has brought the first issue of Sera and the Royal Stars, and it is an adventure you can’t afford to be left behind on.

We open to the land of Parsa where the times are dark: famine is doing a tag team offense with civil war. Things are grim. One day on the battlefield, Princess Sera is treated to an epiphany by a goddess. The deity Mitra has a prophecy for her that she’s to play a big part in. WHEW. Princess Sera ain’t with it. She’s good with a bow, with commanding her troops, with being on the battlefield shedding blood with her sister and trusted ones. She’s got a lot on her plate and heavy is the proverbial crown as a royal as she’s working with her family and those loyal to the empire to figure out how not only to stop the conflicts but also save the land. A prophecy by a goddess that won’t take no for an answer isn’t what anyone wants, especially if you’ve got sh!t to do and a people depending on you. 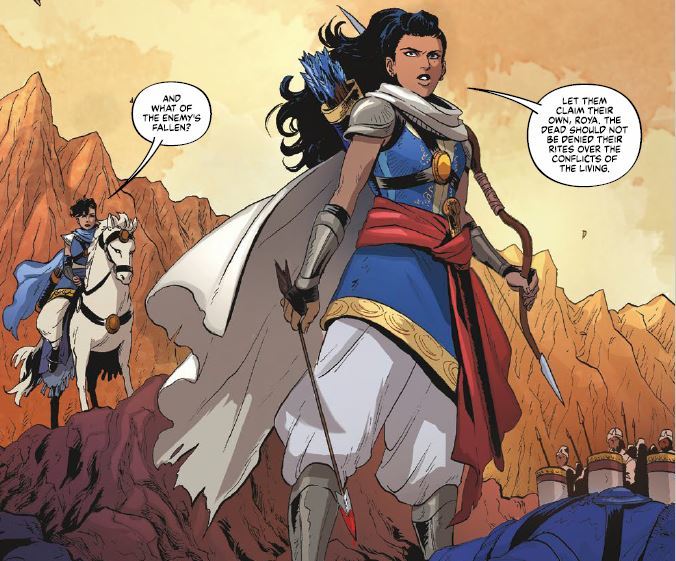 BNP fave Jon Tsuei is here penning this wondrous tale of a princess, in a perilous time on a journey to set things right once more. Sera is headstrong, brave and duty bound as a princess. In this first issue, we get a glimpse of our titular protagonist and why she’s high strung on doing her job: she has a deep, sincere love for her people–not just her family but all the people of the land affected by the harsh changes that brought disease and famine. There’s also a fascinating thread to pull at regarding her lineage and the women in her family, and it even hits a sore spot of an absence of a beloved family member that still hits hard for them all.

Art wise, Sera and the Royal Stars is a grand sight to behold. *chef’s kiss* Audrey Mok is just showing off here with pages of art that will seek to make you swoon well before the last page of this issue. There’s entirely too much to love when looking at single page spreads to panels grouped together to show more of the narrative. Seeing more and more of the empire of Parsa is a treat as is seeing more characters of color on the forefront and not the backgrounds. There are some really interesting character designs to keep an eye out for and lots of clothing that hints at traditional dress, uniforms, and amour from years past. Simply put, Mok’s artwork for this issue is top tier, classy stuff that is sincerely one of the best parts of reading through it.

Just read issue #1 of Sera and the Royal Stars and my mother’s and my own name have appeared in it already. Living for the very Iranian influence on the universe. ? Thank you @thevaultcomics for this poc rep!!

Raul Angulo works magic in this issue, certain pages are elevated and fit the mood: two of my favorites being the sad night time departure of Sera from home and of course Sera bright and brilliant on the battlefield. Her meetings with the goddess Mitra are also pages to devour with the space tinged background and glowing bits. Shout out to Eisner-nominated comic book letterer Jim Campbell who has been quietly lettering some of the best books in the industry–there’s some really cool conversations and moments that stand out here and give a bigger impact thanks to him. Lastly, Tim Daniels who has worked on some our fave Vault Comics like Vagrant Queen and She Said Destroy lends his golden touch as designer. 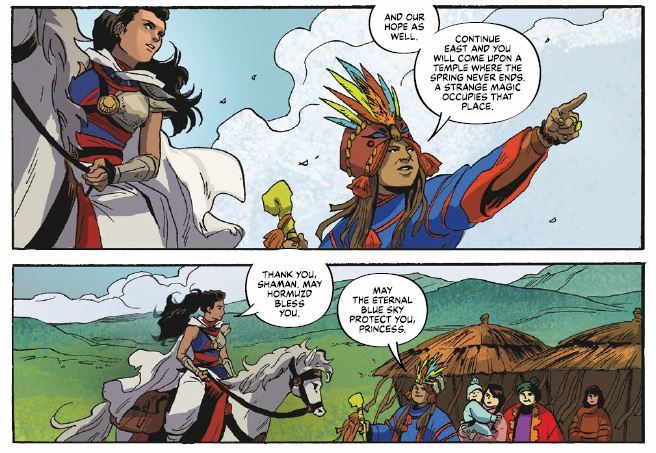 Overall, this is one of Vault’s strongest first issues: So much is aligned just perfect with the stars. This issue is paced really well and Sera, while we are still learning who she is, is ideal to be on a cover and protagonist worthy.

Sera and the Royal Stars is something new and unique with an old school fantasy feel that is full of intrigue and heart. I’m looking on embarking on this quest with the princess to find the fallen stars and more.

Upcoming new series SERA AND THE ROYAL STARS, is now available for preorder!
Written by @jontsuei with interior art by me, Raúl Angulo on colors, @CampbellLetters on letters and @TimDanielComics on design. Published by @thevaultcomics, coming this July!✨https://t.co/SGo5e2reRk pic.twitter.com/Picrno5LKF