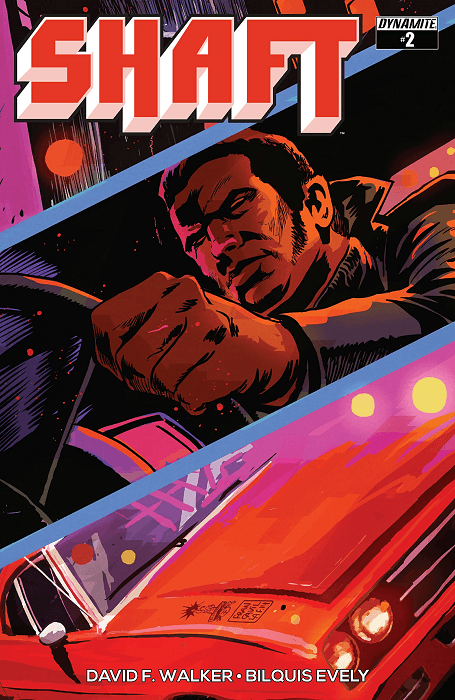 There was a lot of pressure on the second issue of this comic. First, Walker is trusted with one of the most iconic fictional black characters of all time. Then the series had to set itself apart from the source material while staying close enough as not to betray it, standing on its own as an origin story of the character people know and love. Finally, after a stellar opening issue, Shaft #2 would need a repeat performance to prove an issue written at that level would not be a flash in the pan, but standard greatness.

So yeah, pressures were high.

Being the bad mofo that he is, Shaft delivers in true form. We left issue 1 with our man in an alleyway, questioning what to do with the rest of his life. Issue 2 begins with an answer to his question, as he sits in the office of the National Investigation & Security Services. It’s great to see the inner dialogue continue, being able to follow scenes and at the same time being privy to how the character’s background shapes his decisions. 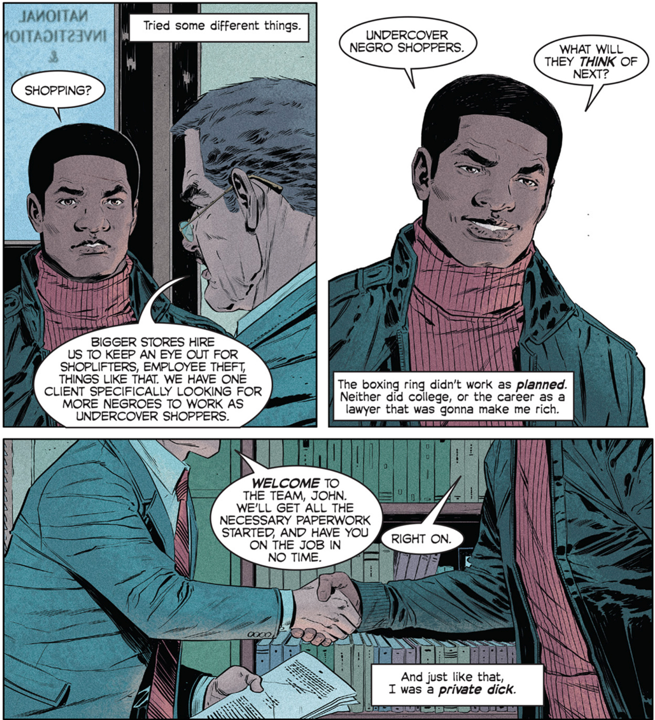 The crisis of purpose is one that nearly anyone relates with at some point in his or her life, and it’s that lack of surety that makes you care about John Shaft. He’s intelligent, handsome, and a highly decorated war veteran, yet with all he has seemingly going for him he still struggles with what-the-hell-am-I-doing-here. His talents lead him to a job in security enforcement where, once again, he excels. He spots shoplifters like eagles spot prey, and Walker uses the opportunity to seed readers more insight into our character’s history.

Shaft is the archetypal black man with limited resources that can strive in any environment. While the original soundtrack is obviously legendary, my mind plays “U Don’t Know” along with each panel as an equally fitting accompaniment: “Put me anywhere on God’s green earth, I’ll triple my worth.” And that’s exactly what Shaft is in the midst of doing when life throws him a curveball.

Red smoke fired into the air, because this would have to end badly. Only two possible roads this could travel: Shaft falls head over heels while Arletha Havens empties his pockets and my playlist switches to “Gold Digger,” or she turns out to be an amazing woman who turns martyr to give John purpose. Either way, I’d be sold on learning this chapter of his life, just like I’m sold on reading this comic. You should be, too.