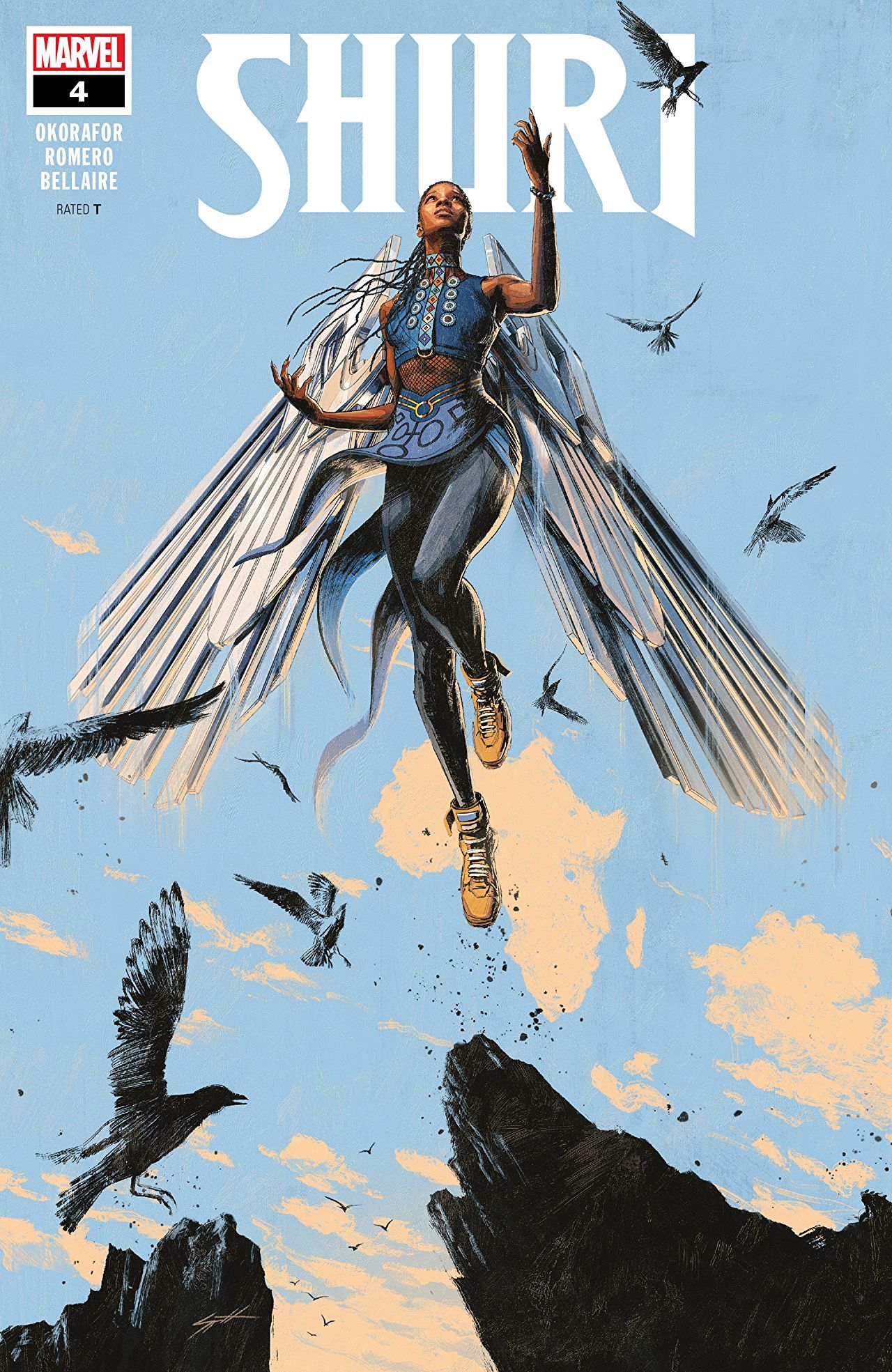 You know when you have a question that never gets answered and it keeps…“bugging” you? (The bug pun was essential for this issue, don’t judge me through your screen like that). Previously in the Shuri series, Shuri and Storm were astral projected with hope to find their beloveds: T’Challa and Mansa. Unfortunately, things went horribly wrong, and Shuri never reached the g(root) of the problem. What happened to T’Challa? In Shuri #4 we explore the realms of Shuri’s relationship to self blame and the pride of leadership.

In spite of this initial sadness and mystery, I’m here to say that Okorafor is hilarious. Shuri #4 really brought out the millennial jokes and, honestly, I felt so dragged. T’Challa decided to release Wakanda to the general public and now it’s become a socially awkward spectacle to those who did not notice. Almost like a mess that has to be cleaned up. 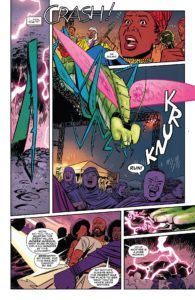 What I enjoyed most about this issue is this play between leadership and false perception. Shuri did not take up the mantle of the Black Panther in the midst of her brother’s disappearance, yet the presence of Moses rises from the sand. Moses was a forced leader meant to steer the Israelites into the promised land. (They look to Shuri to take up the mantle of the Black Panther in spite of her rejecting it, while others depend on her to do the duties her brother would’ve done if she was not there). Moses was one of the only folks that ever heard the “voice of God”. (Shuri can hear the voices of the ancestors). Israelites, being the people of Wakanda. Ya’ll there’s so much sifting through these panels it honestly got me with the popcorn looking for tiny Easter eggs.

Hold Up with the Weapons

The Shuri team is giving us the culture of Wakanda in sensational, expanded breaths. From the first issue I took a breath of hieroglyphs. Next, I was given definitive shapes with cultural implications. By the time Romero caught me with the color schemes, I was given seemingly simplistic notions that aided in a comedic effect throughout the comic. What I hope to see in the future is the merge between these “millennials” from the other African countries. The nervousness was hilarious and classic to say the least, but there is so much more to explore with the leadership mantra. How could we use the outside realm to heighten the need of T’Challa’s return, and Shuri’s dependency on the ancestors in spite of her feeling like her creations can do the job? Pressure creates diamonds, but Vibranium is a Wakandan genius’s best friend.

8.9 Meddling Millennials out of 10