To ride a skateboard in real life is to become intimately familiar with your own limits. Easy enough to get the board moving, but everything after that requires comfort with failure (and protective gear). Skateboarding games, however, reduce that mastery down to timing and control. By these metrics, it’s possible Skatebird understands its genre better than any other of its kind.

Rather than the realistic approach of its contemporaries, Skatebird casts the player as a member of an avian skate crew. Together, the birds set out to help their human ‘Big Friend’ get back into skating. Accomplishing this will require skate-based tasks like collect-a-thons and tricking, which is a lot of ground to cover on four wheels for a tiny bird in a human-sized world.

After the player finishes designing their custom in-game bird protagonist, getting around in Skatebird is easy to pick up. Context-sensitive controls are displayed on-screen, making certain players can get the most out of every tricking opportunity they run across. Of course, the game makes the most of its design choice, letting the player tweet recklessly while flapping on every double-ollie of their board.

Equally amusing is when your bird bails, sending their feathery bodies tumbling across the level. These levels are substantial in size even for tiny birds. Each is an open arena of railings and ramps, with objectives scattered throughout. Completing missions from characters in the level are key to progression, but within these arenas you’re free as a bird to make your own fun.

This is a game that wants to be played with and is willing to let the player set their own terms. Skatebird offers surprising depth in this regard. Tired of timed challenges? Toggle them off to practice at your leisure. If certain kinds of moves prove difficult, easier inputs can be set in their place. Even the speed at which you change directions can be adjusted with shocking granularity for a tailored experience.

In this way, Skatebird grinds the rail somewhere between Tony Hawk and more realistic games like Skate XL. The game gives you all the tools for play but doesn’t hold your hand. The price for failing to land a trick is simply time, and control can be mitigated through the options menu. Turns out the Big Friend that the game’s birds are trying to get back into skating is the player themselves. 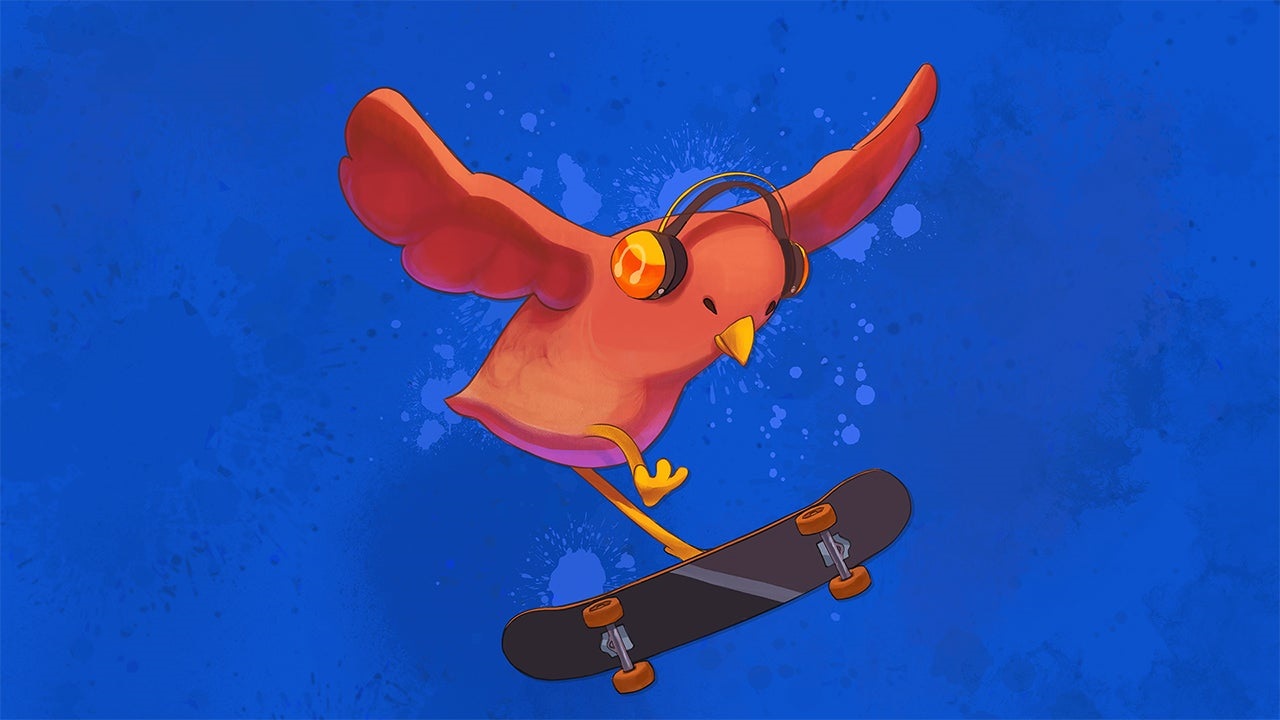