Urokodaki Rolls Out the Water Wheel!

As a Kimetsu no Yaiba fan, you don’t understand how long I’ve been waiting for this game to drop. All I wanted to do was go around panicking and slicing as Zenitsu, slicing and dicing as Nezuko, and go on a quest with the best boy anime has to offer Tanjiro Kamado* (debateable in comparison to Izuku Midoriya but I digress). The Hinokami Chronicles walked up to the scene and said “You want fanfare, I’ll give you fanfare” then gave us a traveling cart of playable content. Now to be specific this is catered to folks who watch the anime. References to the manga does not appear in the game in order to not spoil the arcs and characters that will appear in future seasons. But Demon Slayer: The Hinokami Chronicles sets the example of what a breakout anime video game should be like.

One of the grabbing points of the anime is the art style, and you do not miss out on that to say the least. Many anime video games give you the notable boards, the character depictions and the move sets but they don’t give you the ability to play through the scenes. In many cases players would get manga style cut scenes, followed by a fight inspired by the dialogue. Instead in Demon Slayer: The Hinokami Chronicles you get to control some of your favorite characters and walk through the scenery. This is not an open world RPG where you trek through Tokyo during the Taisho period. Instead, each level has exploratory aspects. Whether you’re helping out the locals with Tanjiro, sliding through the crevices on the streets of Asakusa, or judging Zenitsu for throwing himself at women, each level is a snapshot of your favorite scenes come alive.

Beast Breathing and the Wonderful World of These Hands

The Hinokami Chronicles really took special care to boss battles and did justice to the form. From the Swamp Demon to Enmu, the developers took time to not only make the boss battles interactive with the Demon’s Blood Demon Art, but also make them challenging and multidimensional. Keeping the game in a three-dimensional format as opposed to side scrolling allows the players to find various ways to defeat the Demon. Some Demons are entirely too large, too quick or too forceful to just attack head on. You will literally bounce off the walls, dodge arrows and more according to each Demon’s Blood Demon Art.

But alas, though players will have fun playing against all of these demons, they are not playable themselves. The downside to The Hinokami Chronicles is sadly the lacking roster. Though this game does not wish to spoil anything not revealed in the anime, players might wish for more variety. In order to supplement their lacking roster, the game offers “Academy Uniforms” with a separate set of special moves. The uniforms come with special weapons as well. My favorite example being Zenitsu wielding a broomstick instead of his signature blade. Even though we get separate moves and academy uniforms I would hope that with the upcoming season of Demon Slayer that extra characters are revealed as DLC to help beef up the roster.

We Want Mizan Kibutsuji’s Head on a Platter!

In line with the beautiful art style of the fighting moves, we have to talk about the move set. The characters had their iconic moves from Tanjiro’s “Water Wheel” and “Waterfall Basin” to Zenitsu’s variations of Thunder Breathing First Form, Thunderclap and Flash. If you want fanfare, they give you fanfare. The default settings for the controls made sense, but the set up to get to these moves seemed confusing. Many fighting games that have characters with powers showcase, light attacks, heavy attacks, “skill moves” and special moves. The move set seemed to lack range. Some character’s ability to build combos drastically differed, but overall, it felt repetitious. Something that would help this problem is to create different ways to approach light and heavy attacks and how it connects to special moves.

I believe that as a first trial Demon Slayer: The Hinokami Chronicles did a great job setting the tone for future games that will inevitably come. Though the exploratory aspect of the story mode was great and I wish that it could have built more, it was a solid foundation for the beginning. The game manages to pack plenty of content without outweighing non-battle content. Fans of the story shouldn’t fret if they come across it in the store. It’s a fun pastime where you might be playing for a couple of hours, but it might leave you wanting. Hopefully with adjustments to the story mode in the future, a deeper analysis on the move set and a roster expansion I hope to see Demon Slayer become a powerhouse for anime video games.

Demon Slayer – Kimetsu No Yaiba – The Hinokami Chronicles is out now on PS4, PS5, XBOX SERIES X|S, XBOX ONE, and Steam! 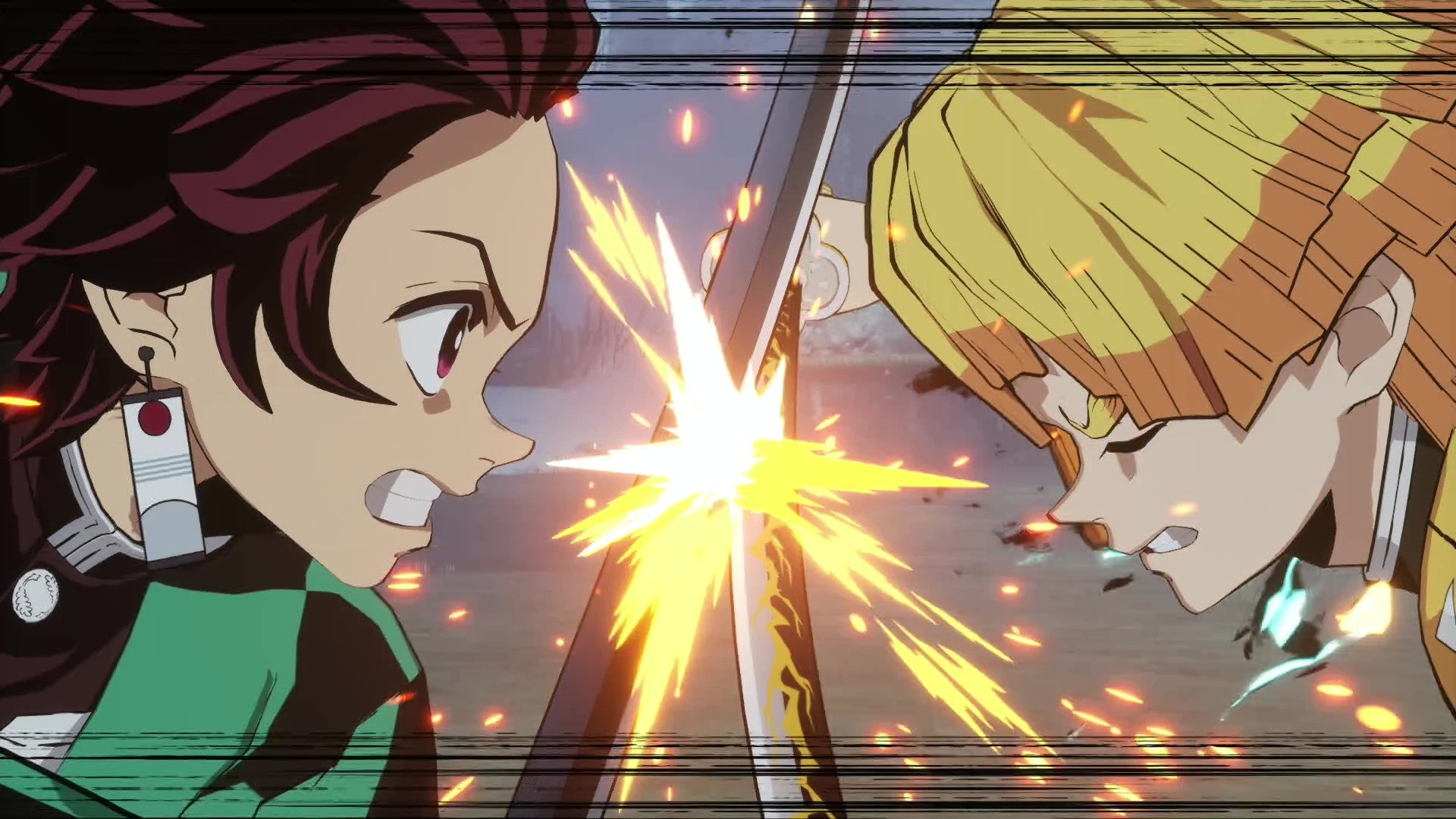