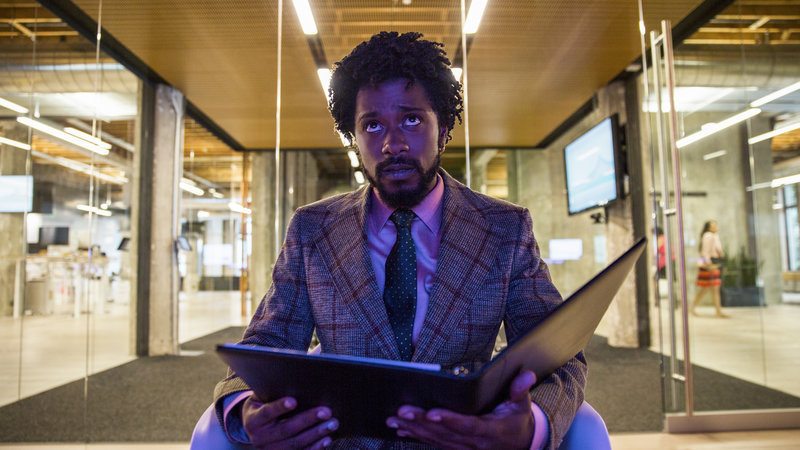 ‘Sorry to Bother You’ Highlights the Dark, Absurd Side of Code Switching

Yo, there’s no way for me to review this film without saying, take your *insert ethnicity + “ass” here* to see Sorry to Bother You, like now. You have to see it in order to know what you’re really messing with. Written and directed by Boots Riley, this film tackles so much from politics and economics to hood shit and code-switching. Sorry to Bother You shows capitalism’s ambitions at it’s most absurd yet, somehow, not far-fetched. This has all the makings of a cult classic. This movie is the 2018 Office Space for POC that we’ve been waiting for.

The film revolves around Cassius “Cash” Green (Lakeith Stanfield) needing a job. My man needs a job superbad. He’s broke as the third circle of hell, my man living out of his uncle Sergio Green’s (Terry Crews) garage (who is also struggling), and like every everyman/everywoman, he wants more for himself out of life and more for his artist girlfriend Detroit (Tessa “De Gawd” Thompson). Cassius does the most for his resume just to get his foot in the door for a telemarketing job set up by his friend Salvador (Jermain Fowler). The telemarketing job is commission based and if you’re good enough, you could get called up to become a power caller. Power Caller feels like a mythical position as they have their own elevator and all that’s known is that they make way more bang for way more buck. 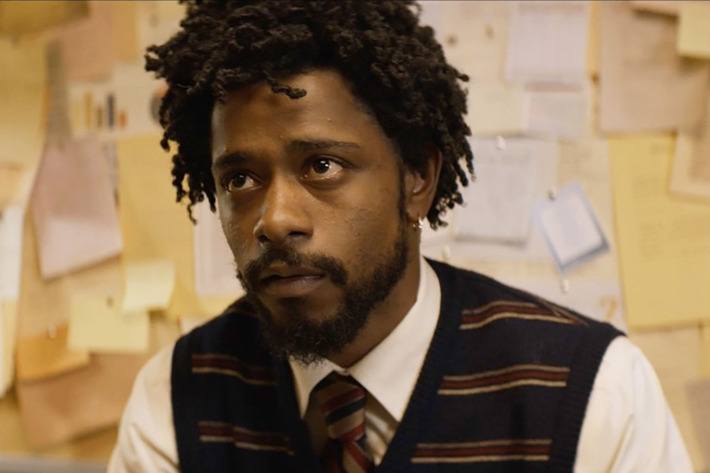 After failing to make sales, it’s the advice of Langston (Danny Glover) for Cassius to use his “white voice” in order to get ahead and hold onto the customer. There so much to unpack with this shit. Boots Riley really broke down codeswitching perfectly with there being two vastly different white voices. The sarcastic one and the one that’s used to get what you want thanks to the anonymity the phone provides. Cash starts making a killing but unfair wages lead to a work strike being organized by a co-worker named Squeeze (Steven Yeun) that wants Cash to stand with them. This is where the film gets interesting as there’s the right thing to do as well as these bills that need to get paid. That divide unfolds the and sets the tone for the rest of the movie.

“Can I interest you in our dope ass cast?”

I loved the cast of this film so much. You got a crew that just gelled together. Lakeith Stanfield’s Cash is at the center of the film as the main protagonist but these supporting characters have their own issues and goals that don’t align with Cash. You give Tessa Thompson the role of badass “whatever dreams may come” free spirit with her character Detroit? No issue, stand back and watch that woman work. Detroit is a visual artist and also serves as someone entirely down for the fucking cause. She’s willing to put up with certain things but she draws a line in the sand on that fuck shit. Detroit is into some shit in this movie that’s entirely separate from Cash, which I rocked with heavily. 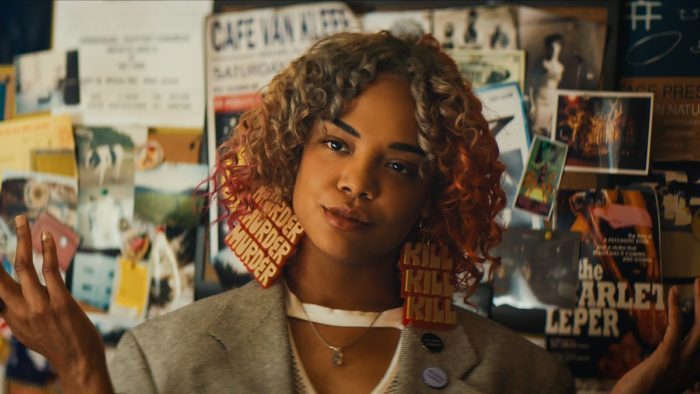 Danny Glover’s Langston is the older and more knowledgeable horse of foreshadowing through this film as he is the one that really set Cash up for success then informs him of the cost for being a Power Caller. Salvador is such a scene-stealer, man. Fowler played the comedy up perfectly for this role as he serves as a somewhat counterpart of Cash. Fowler delivers great ad-libs and engages with Stanfield in one of the most hilariously polite super passive aggressive scenes I’ve ever seen in my life.

Lemme talk on my man Steven Yeun right quick tho. Lemme speak on that guy Steven damn Yeun. I was excited to see that Yeun would be in this movie as well as seeing what his character Squeeze is about. Squeeze serves as somewhat the antithesis to Cash in the sense that he doesn’t waver from the big picture but you could say Cash wavers as he is a realist dealing with real shit.

I love the way Squeeze fits into the dynamic of these friends on screen, what he represents, that we get to have an Asian actor portraying the mysterious, cool, not too aloof type character. The chemistry between Squeeze and Salvador is fucking hilarious each and every time. The interactions between Detroit and Squeeze are Birdman hand rub worthy, plus, Cash and Squeeze display a great contrast and common ground between these two characters and their ideals.

“Hi, is the conscious of the household home?” 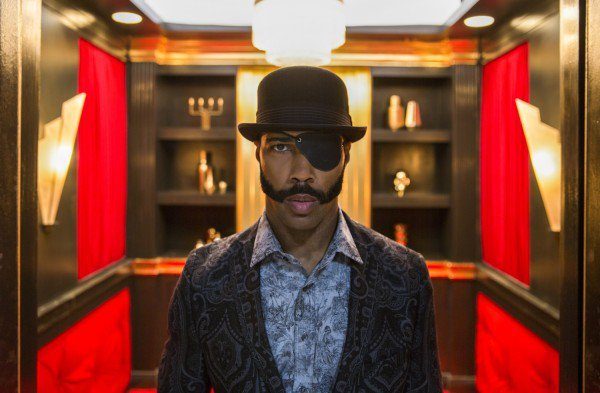 Sorry to Bother You feels like an anime about telemarketing and it’s connections into an upscale seedy environment we’ve all been blind to. Also, who knew that telemarketing would show capitalism at it’s best (which is being the worst)? Cash finally finds something he is damn good at, but that has to come with a price. There’s always a price, right? Power Caller Mr. Blank (Omari Hardwick) represents that, along with Steve Lyft (Armie Hammer) the Worry Free mogul (the Worry Free company’s entire deal is such a great side story).

Boots Riley’s script and the movie doesn’t make shit easy for Cash which I appreciate and forces him to make tough calls and deal with those actions and repercussions. No matter how good Cash is or how profound his use of the white voice is, he’s still a Black dude in a now predominately white environment. He’s still having to jump through the “Black hoops”. The “tell us a hard story about your hard ass life on the streets” or “drop a freestyle” hoops that white co-workers/bosses stay presenting. Add that on top of the shit the Power Callers are pushing (which I won’t spoil here) and it’s a lot to take in. There’ so many subtle references to trying to get out of your current state you’re stuck at.

Now let it be known, all I’m saying is once the grand scheme of things comes into effect, you’re going to have a heavy what the fuck are we doing moment? The script is way out there and that’s what makes it so good. The use of the montages for the changes in Cash’s life were perfect uses of transitions in time. My one complaint is that when we see the power callers it’s more male-dominated. I’m not sure if there were women Power Callers and even if there were, the— ughhh …” networking environment” is geared more towards the male counterparts. Aside from that, this shit was flames man.

Sorry to Bother You takes capitalism’s horrific ambitions and ‘Murica’s media bullshit into a fight pit against protests, art, and standing as a collective. The film starts off surgical then brings a sledgehammer to the operating table and doesn’t let up. Yo, we need more original movies and takes bringing us a different point of view. Prepare for the think pieces cause there’s way more to unpack that I purposely left out. Sorry to Bother You is a film that gets it and runs in an entirely different direction. What more need be said?