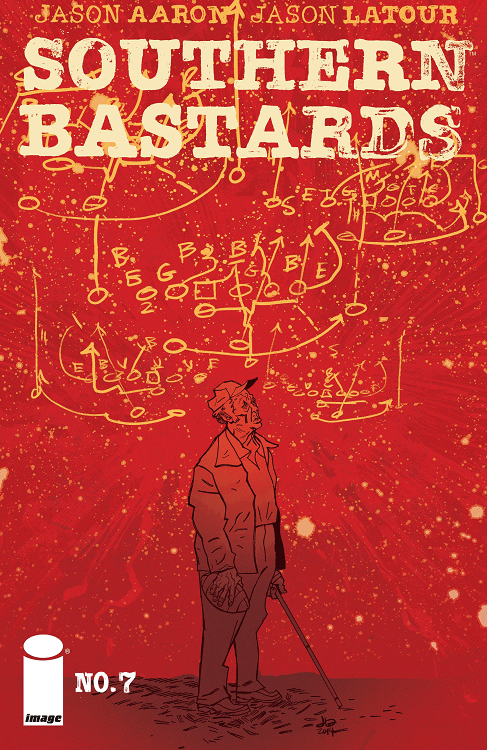 Both statements are true. Consider this for a second: If this comic book had started at issue #5, where we saw the hardened man in power reflecting on this really bad thing he had done and his warped sense of morality (or lack there of), then followed that up with two really hard hitting issues about how terrible his childhood was and how hard he had claw to the top, Coach Euless Boss would be a sympathetic character we might be rooting for. Hell, having watched him terrorize people for multiple issues, ending with him killing the would be protagonist, I’m not 100% sure I still don’t empathize with him. That turn being so convincing and so earnest is just a testament to how well this story has been written. It’s beautiful. And brutal. And heartbreaking. But it really does make you confront your emotional stake in Coach Boss: how sorry can I feel for this teenager that has had everything stacked against him when I know what kind of monster he becomes. Bravo Mr. Aaron, bravo.

Of course, no story telling is complete without some fantastic art and yes, the art is strong with this one. The almost fractured and hard edged style really builds this world that is without smoothness or polish. It is brutal and unbending and Latour portrays this so well.

We get some more character development, more story of how Big and Boss formed a tight bond and we all get to remember that we’re hopelessly empathetic for a homicidal tyrant of a small southern town. Good times.