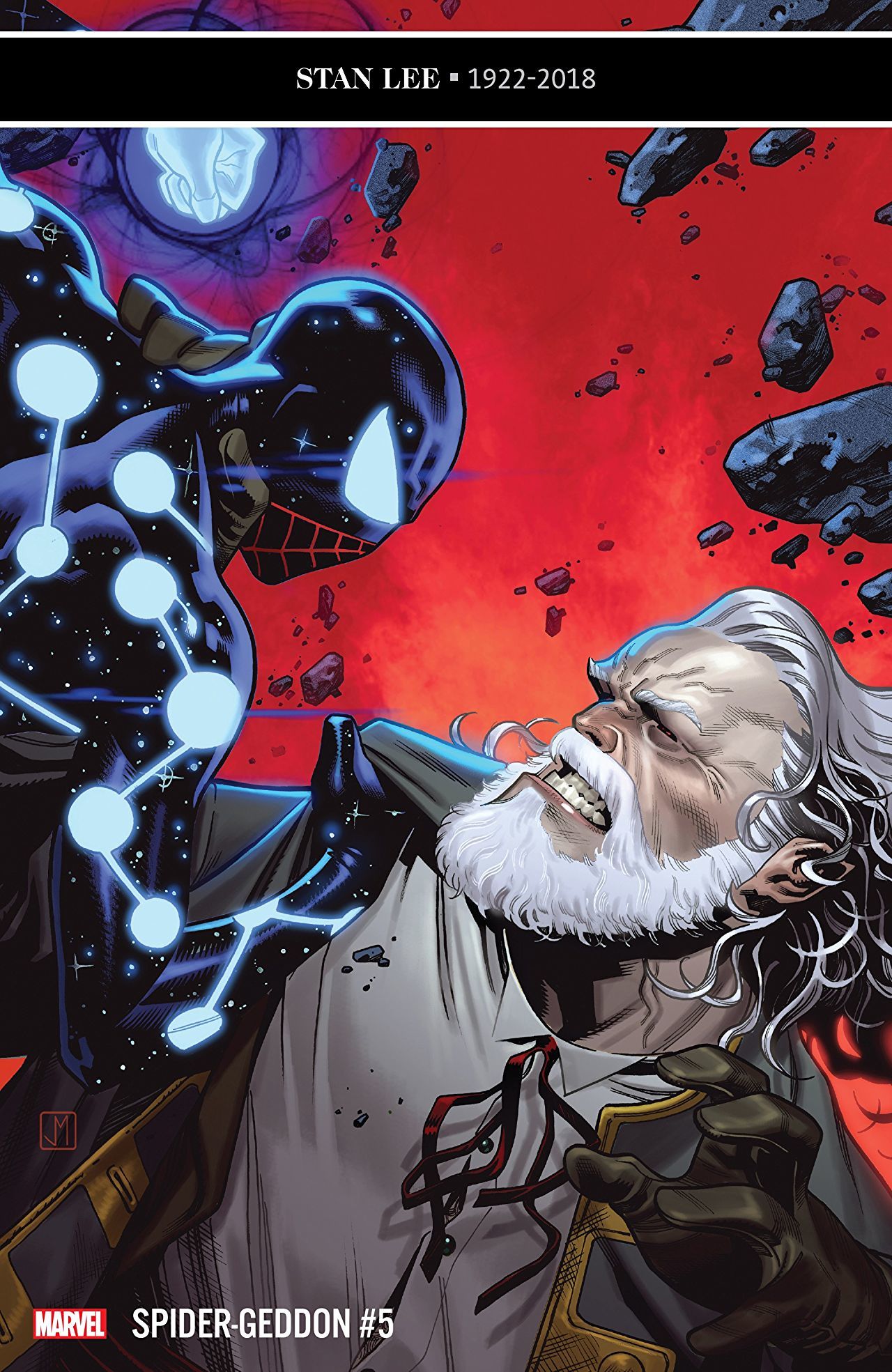 Ahh, we’ve reached the end of Spider-Geddon and it feels a bit underwhelming. Not that the experience hasn’t been fun. It’s been a wild ride of Spiders vs Vampires. There is a lot to enjoy from this event but much of it has felt like a poor retread of the original, with big chunks of story reserved for tie-ins. I just feel like overall this event could’ve been more.

While I vent, that’s not to say that this series hasn’t had its moments. It wouldn’t be a fun Spider-Verse event without some ridiculous action. We get that in spades as Miles convinces the enigma force to combine with him via an argument that boils down to “We ain’t got time for your shit. Either help us or keep it moving B.” Seeing Miles become Captain Universe is a fun treat leading to possibly one of the most outrageous and exciting moments in the book. 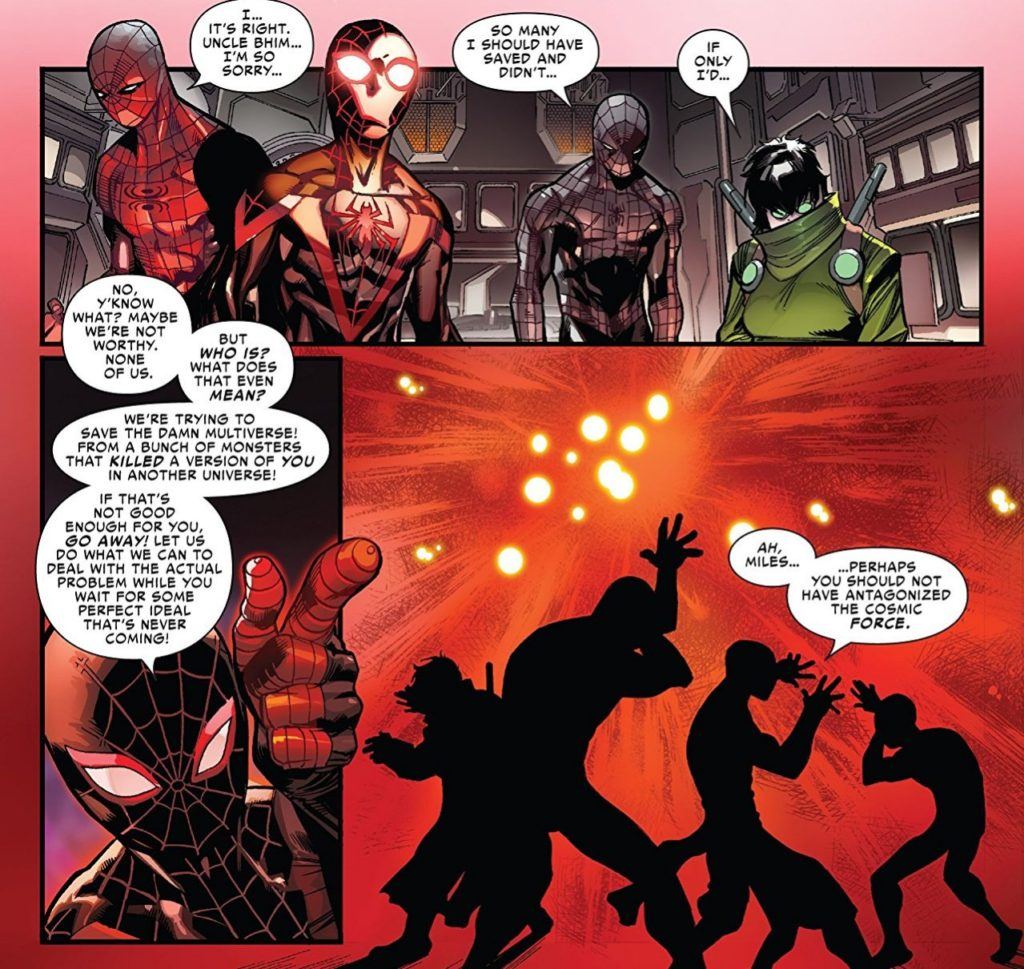 Another one of those moments, as with most spider-events, is the relationships between the various spider characters. Throughout the series, Doc Ock and Spider-Man PS4 (sorry, I honestly don’t know what else to call him) have had an interesting mentor/student dynamic. After learning the truth about Ock’s past and witnessing his betrayal, the two have a good confrontation and resolution to their relationship. 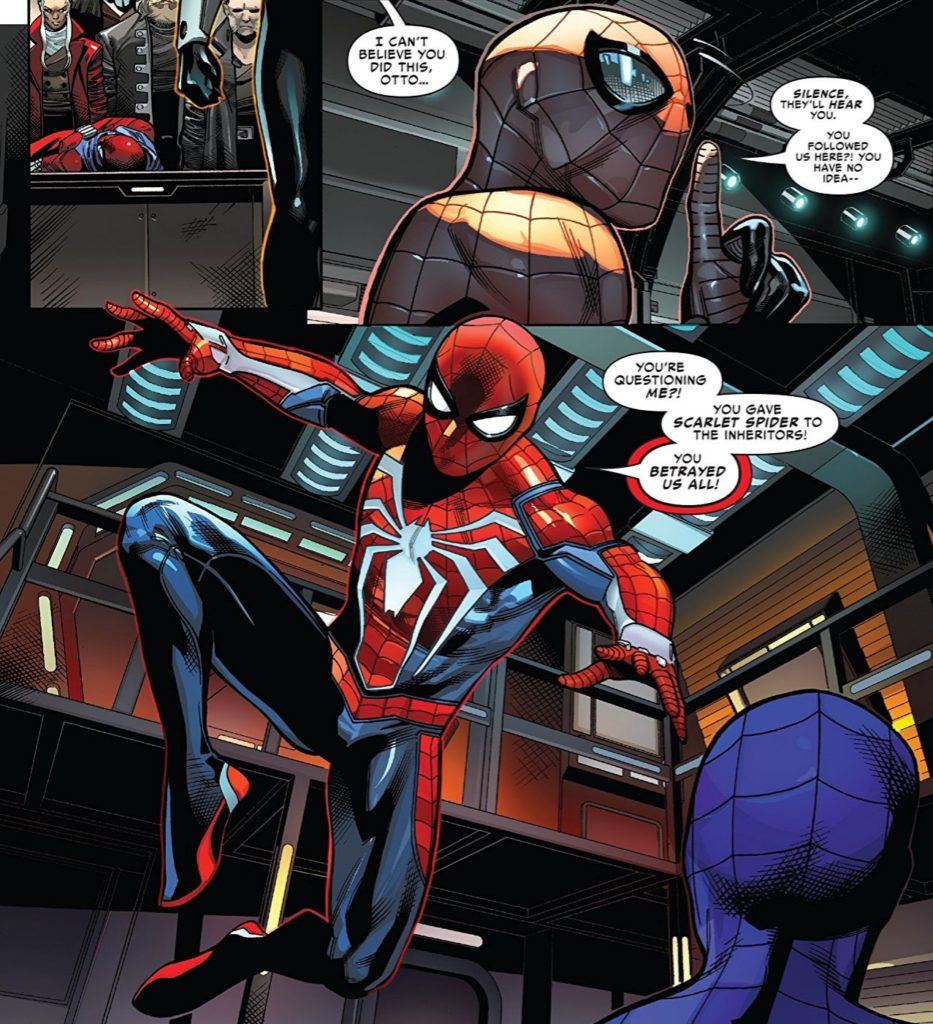 However, the ending leaves a lot to be desired. Everything is wrapped up in a neat bow with characters coming in at the last minute to save the day. The only problem is that the readers have little context for where these characters have been or what part they played in the overall story. While this is hardly Christos Gage’s fault, it does do a disservice to the event.

I think that somewhere in my heart, I knew that Spider-Geddon wouldn’t quite live up to the original Spider-Verse event. Ultimately, putting a lot of the important plot threads in the events various spin-off books made reading the main issues feel disjointed. Also, many of the most interesting threads were also left unresolved and saved for future series. I wish these would have been an explored more or came into play during the end game but inside the readers are left hanging.

7 Mad Max Dystopian Spider-Men out of 10