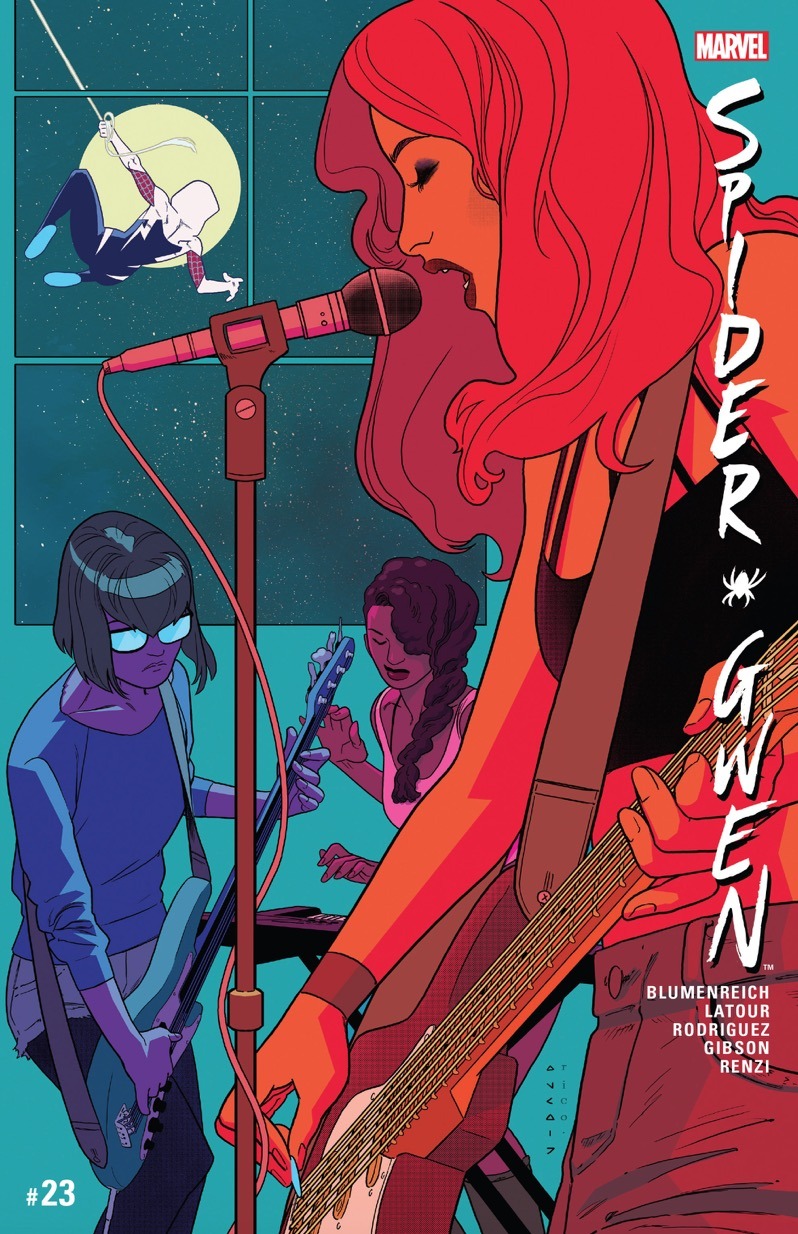 I can make one specific prediction about Spider-Gwen #23: fan response will range somewhere from the tepid “this isn’t what I wanted” to the furious “traditional” comic book reader bro-nerd upset at the all-woman cast that revolves nowhere around them – that, in fact, the only inclusion of a man is a negative portrayal of an entitled harasser who can’t take no for an answer. For the rest of us, though, I’ll go ahead and say it: this shit was both needed and welcome. Unexpected, but needed and welcome. Spider-Gwen takes a complete break in the middle of its Predators story line, right on the heels of the major plot turn of the symbiote merging with Gwen to create the long-awaited Gwenom, to highlight the rarely seen supporting cast of Gwen Stacy’s life: her best friends, The Mary Janes. 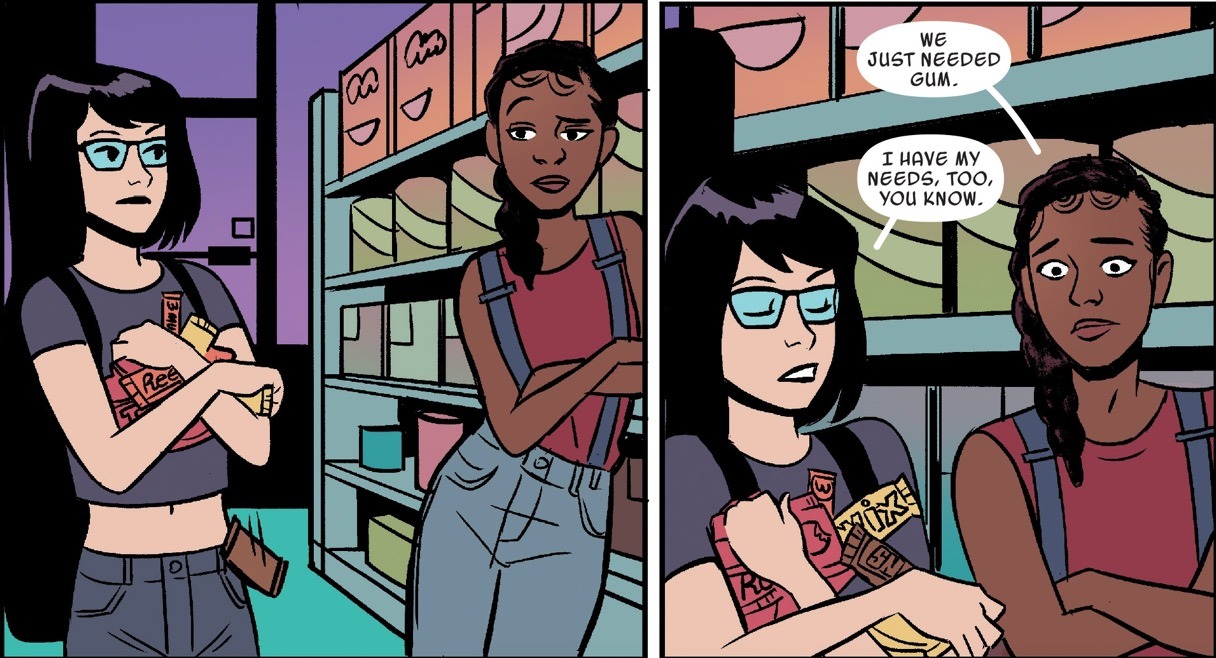 Without Spider-Gwen the story builds the supporting cast around her character in a way that has long been necessary. I have discussed this before – from Spider-Gwen #3 and Spider-Gwen #5, all the way through the recent Spider-Gwen #22 – a challenge of the series has been the lack of strong supporting characters, and this was a great issue to help rectify that challenge. Every hero needs those who love our protagonist, bring out different parts of her personality, and reflect how we might feel as characters in her life. By developing Glory, Betty, and Mary Jane we gain an angle of Gwen’s life that can only be filled by friends, no matter how close she is with her father. We’ve seen what these friendship dynamics can look like when done well – see Spider-Women Omega in particular – so issues like this one are a big step in that direction, mid arc or not.

Now more than ever Spider-Gwen’s women supporting cast is multi-dimensional. They’re endearing. They have personality. We care about them. And us caring for them is only a boon to this story and our homie Gwen when the conflicts inevitably have them involved.

Artistically, a mid-issue change detracts from the story overall but the Mary Janes’ artwork is appropriately light and funny, with great panel progressions that lend itself to some particularly funny scenes. The dialogue here was exactly what it needed to be, as well as the facial expressions that captured the emotion and comedy without being overly exaggerated. I look forward to Spider-Gwen’s return as Predators continues, but I hope reader exposure to the Mary Janes continues. I actually wish this could spin off as its own light-hearted, friendship-focused coming-of-age series. I am speaking it into the universe because I would buy it. I have my credit card out right now.