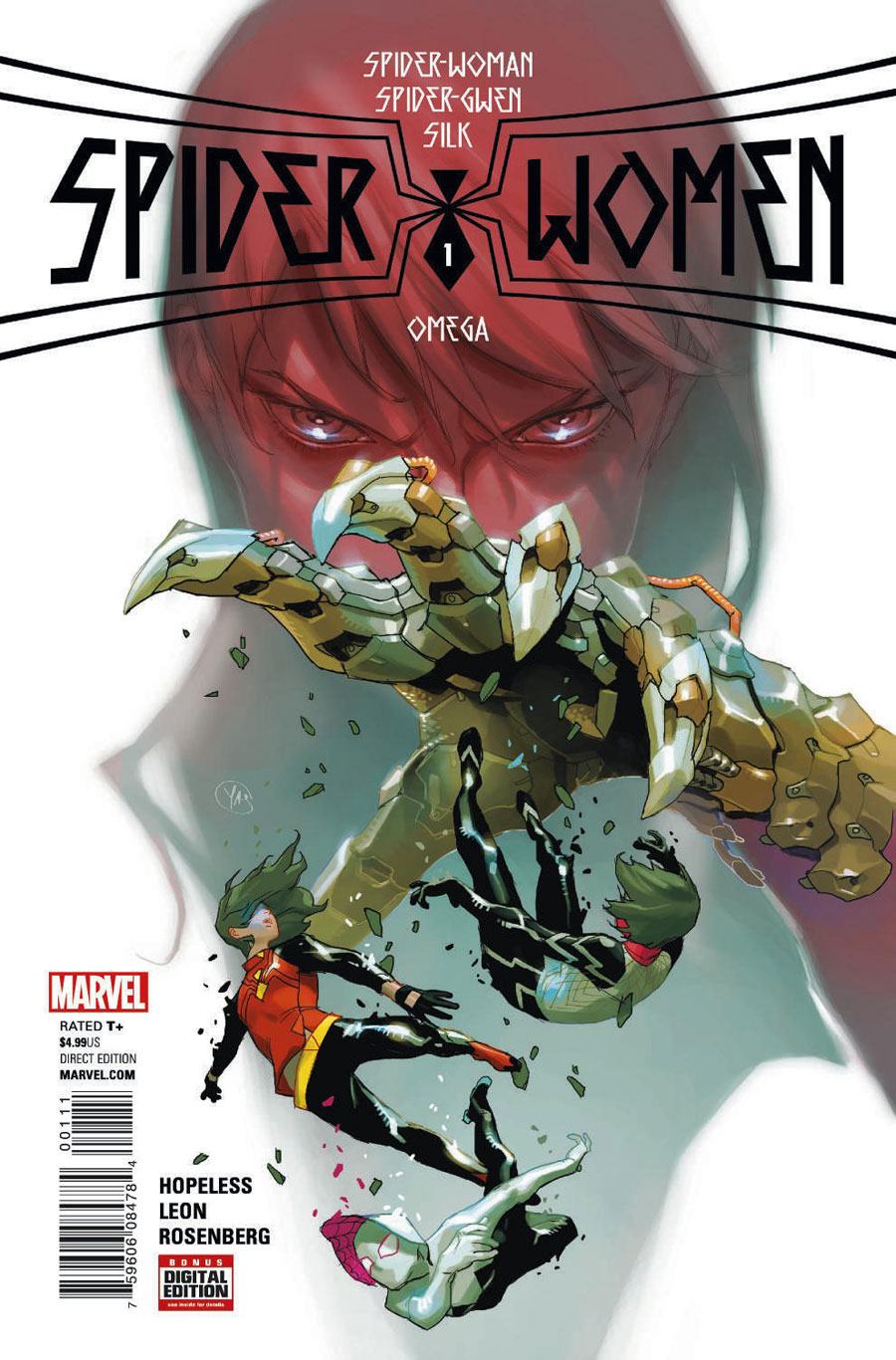 From a distance Spider-Women can easily appear as a bad gimmick: they’re a team of women from a publisher that has struggled with an increasingly strong push for diversity; they’re a collection of remixed Spider-heroes who seemed to have reached a saturation point even for Marvel; they’re a crossover event. They’re also 3 women characters being written by a team of 3 male writers, which isn’t quite a good look no matter how you frame it. Pick your reason to dislike a Spider-Gwen, Spider-Woman, and Silk crossover, but as we reach the conclusion of their book with the culminating Spider-Women Omega I have to say… this series turned out great. 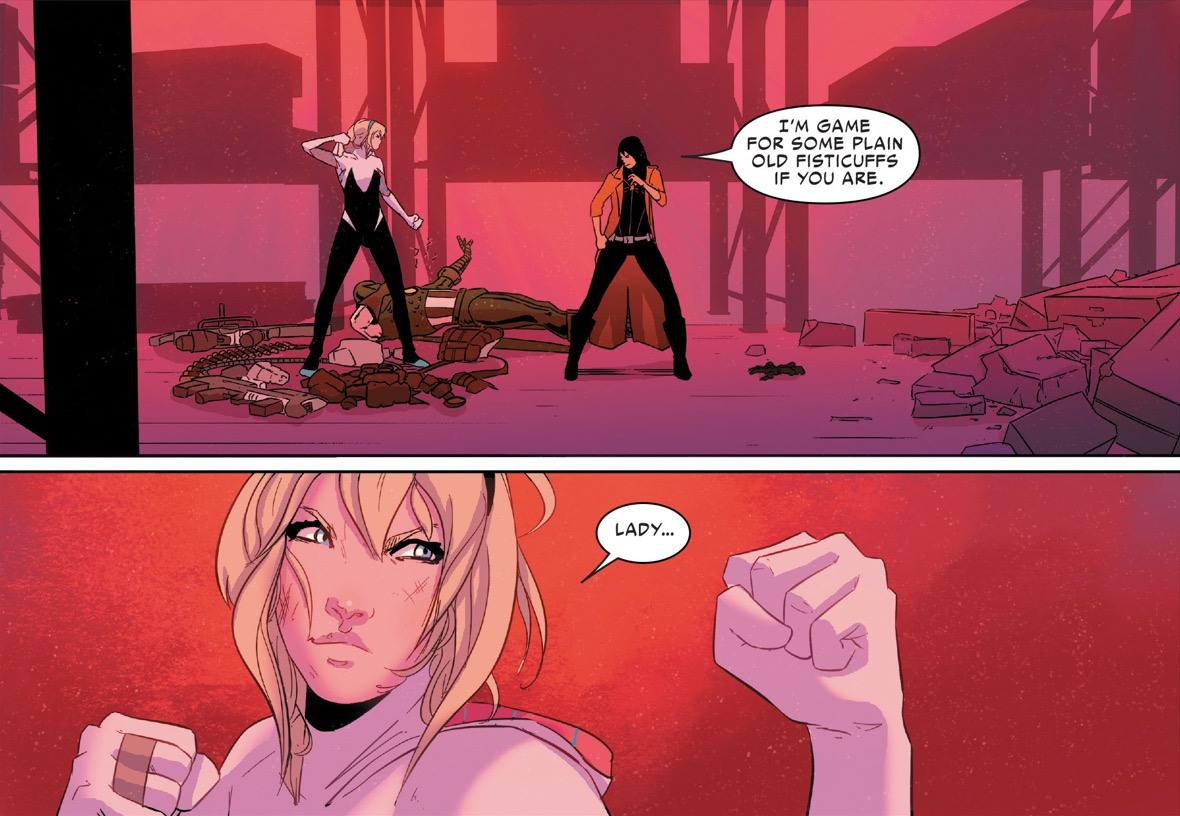 The interwoven story arcs made for a Spider-Women crossover that was character-driven, web-slinging, inter-dimensional fun. Not only did each of the trio have their own identity, but, as a team, they also formed one that was dynamic, recognizable, and distinct. Spider-Women was meant to be about family – the kinds you are born into the kinds you choose – and that’s what we saw develop between Jessica, Gwen, and Cindy as they learned each other’s strengths, fears, and weaknesses in order to support one another. And they grew into it, because they definitely didn’t start out that way.

I criticized issue #1 because the most uncomfortable element of Spider-Women Alpha was reading 3 people who really don’t want to be with each other. In a book based on the concept of family, those emotional ties need to exist between characters beyond mild contempt. To its credit, Spider-Women gradually progressed away from the surface-level cross-generational bickering to an understanding and compassion across characters; they learned to care for each other.

Relationships aside, Spider-Women Omega #1 had the most badass Spider-Gwen fight scene I’ve ever seen. The climax finally faced our squad against the Earth-65 Cindy Moon, and a powerless Gwen Stacy came strapped to the teeth to compensate for the missing strength that had carried her through so many past fights. When the smoke cleared and there were no weapons left between them, Gwen Stacy has nothing but her fists to try and stop evil from taking over her world. Fists, and a whole lot of heart.

Spider-Women Omega #1 is the best issue in the Spider-Women crossover. It stuck the landing and showed how far Gwen, Jess, and Cindy came from the ill-fated brunch where their adventure began. For Cindy Moon fans, you’ll want to check out a great homage to her character from BNP’s favorites of 2016, and for Gwen fans, you can plan to keep following along with our Spider-Gwen coverage. Marvel’s been a fun place lately.