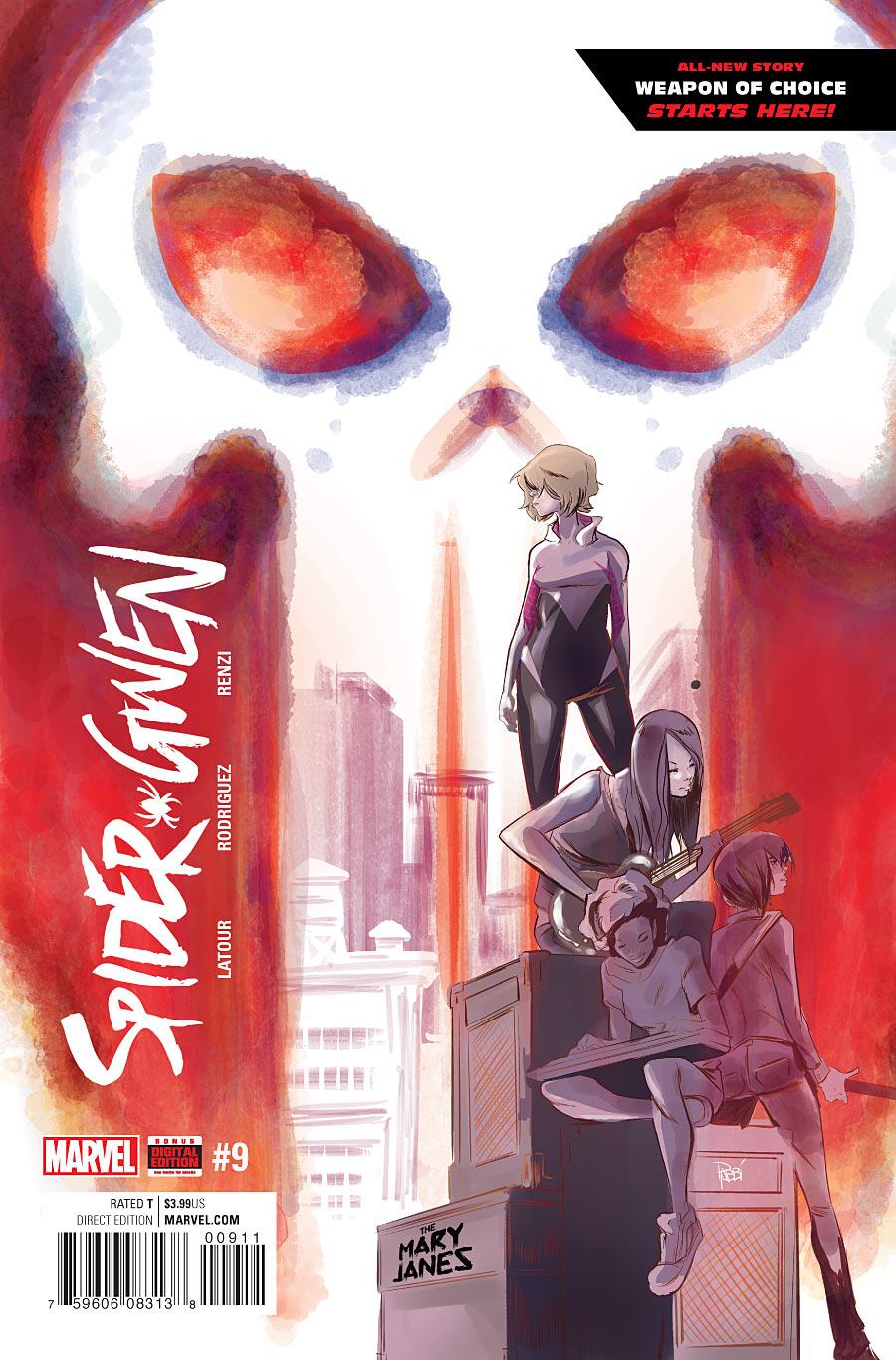 Fresh off her crossover with two other women web-slingers, Spider-Gwen is back on her own after helping defeat the Earth-65 doppelganger of her newly close friend, Cindy Moon, in her most badass fight to date. Having lost her powers – a struggle every superhero has to go through by mandate – Gwen had to fight a trained killer with just her fists and her uterus. If you didn’t like Spider-Gwen before, you sure as hell should now. Swollen with confidence and anger, Gwen took her fighting stance – one leg forward, fists up – flashed a smirk across her face, and… got absolutely rocked. Blow after blow, Gwen Stacy caught the beat down of her life. When she did land a blow – a quick sucker punch – she was met with pity. Sincere pity for how bad the punch was, poor form and all, like she literally deserved sympathy even from a supervillain. It was a worse fate than laughter; nothing’s worst than unwanted sympathy. But she still picked herself up from the ground.

And then Gwen rallied. With a surge of renewed power, she overcame. She did, but her trademark swagger didn’t. Instead, in a moment of pained honesty, she realizes she’s made by her powers and nothing else, and that she got lucky, and that she makes wise cracks to hide the fact she’s got no idea what she’s doing. And that’s where we pick up on Gwen here in Radioactive Spider-Gwen #9 in Jason Latour’s new story arc, “Weapon of Choice,” with her emotional state in shambles with the newfound choice of spider powers. With the option of being a spider-hero. With the chance to live a regular life again, and what it might say about her if that’s what she decides to do. She’s a step away from just being normal.

This issue is the foundation for her inner struggle, coupled with the reintroduction of her relationship to Frank Castle who’s out to hunt her, and so it moves slower than the fast pace you often expect. We see Gwen Stacy instead of Spider-Gwen, which is interesting for readers finding more depth in the character, but at the same time terrifying to the character herself, scared to discover what type of person she really is – who she might be without the mask.

An added bonus, we see more of the women around her as her bandmates try to pull her out of her funk, unknowing of Gwen’s reasons for being down in the dumps but realizing that she obviously needs her friends. An early criticism of Radioactive Spider-Gwen was that she carried the book all by herself with a very strong supporting cast, and we got to see how awesome she can be with other heroes. We can expect to read into other developing relationships now with non-powered friends, and how their interactions help mold and inform our main gal. And with this issue’s ending, it definitely seems like something to look forward to. Her band, the Mary Janes, should definitely take a step forward this series. 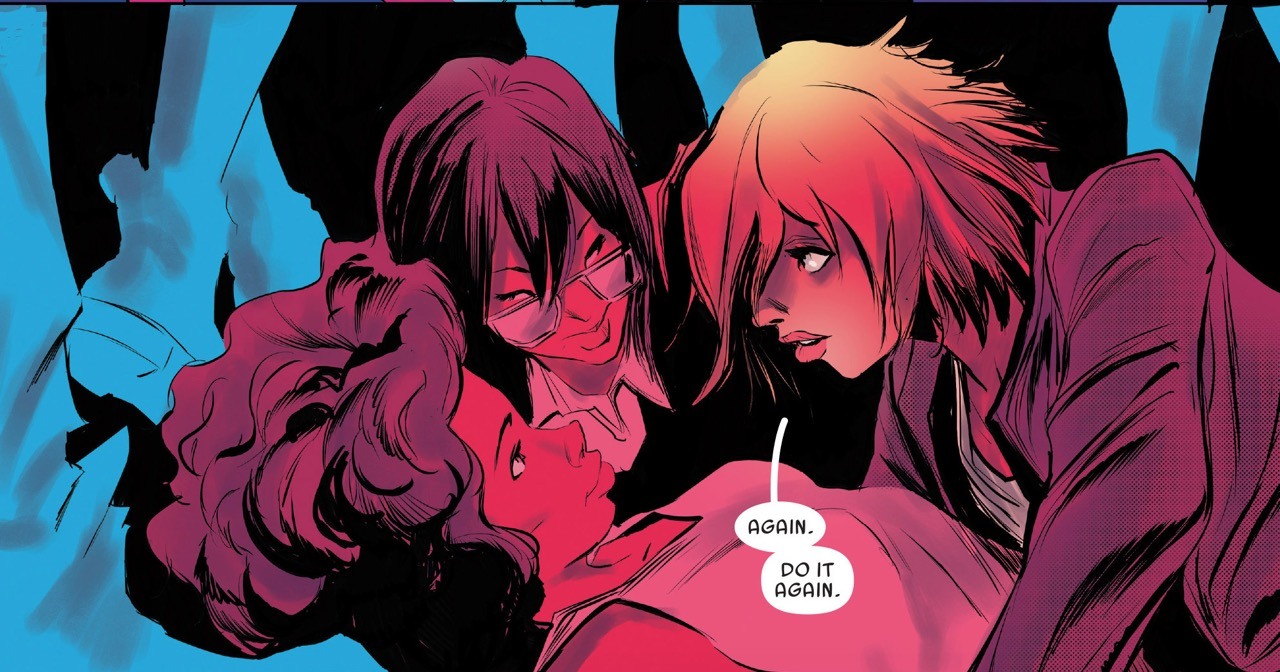 Overall, Spider-Gwen is the most fun web-slinger in the Marvel universe. Issues like this – dark, introspective, serious in tone – make for a necessary balance between the fun element of Spider-Gwen, and the depth necessary to frame those wise cracks and make for a multifaceted character. If you haven’t read Spider-Gwen before, the time to hop on board is now. It’s always right now.