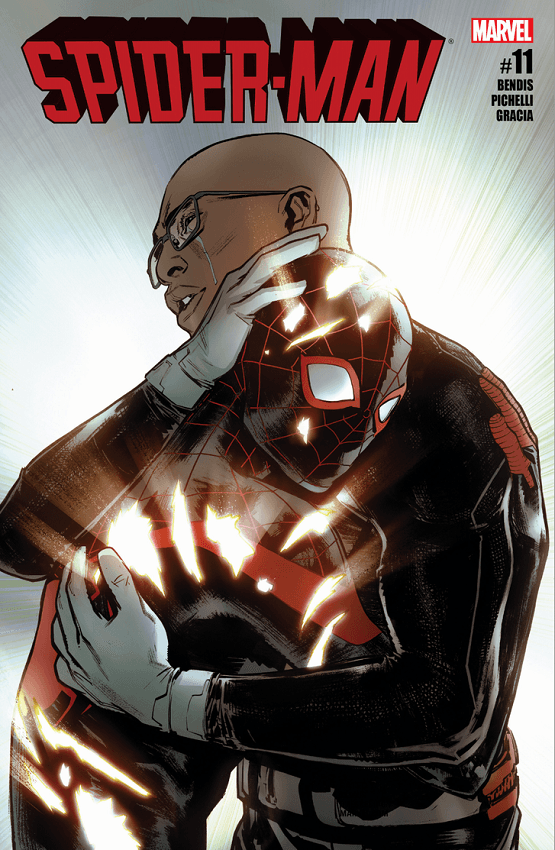 As the cover would indicate, this issue sets a heavy focus on Miles’ father, Jefferson. As in, 98% of the focus. Jefferson, knowing that his son is Spider-Man, is willing to do anything to protect his son, no matter what shape that takes. Even going back to work for S.H.I.E.L.D., something he sorely does not want to do. This isn’t a bad thing, as Jefferson has become more interesting since learning that his son is Spider-Man, and then returning. Because of his reluctance, and hesitancy, but extreme competence and break-glass-in-case-of-emergency switch, Jefferson will be fun to see in on the action in the same arenas as Spider-Man.

The double-edged sword of this issue is that it probably works well to set up Jefferson to do some damage later on in the series, but those of us who have been Miles fans for a while, in the now deceased Ultimate Universe, we didn’t learn anything knew about Jefferson. We know his connection to S.H.I.E.L.D., his son, and how formidable he is in the field if needed. The narrative is also a bit disconnected from the cliffhanger of last issue where Jefferson over hears his son saying he doesn’t want to be like him. Damn if you do, damned if you don’t, I suppose. 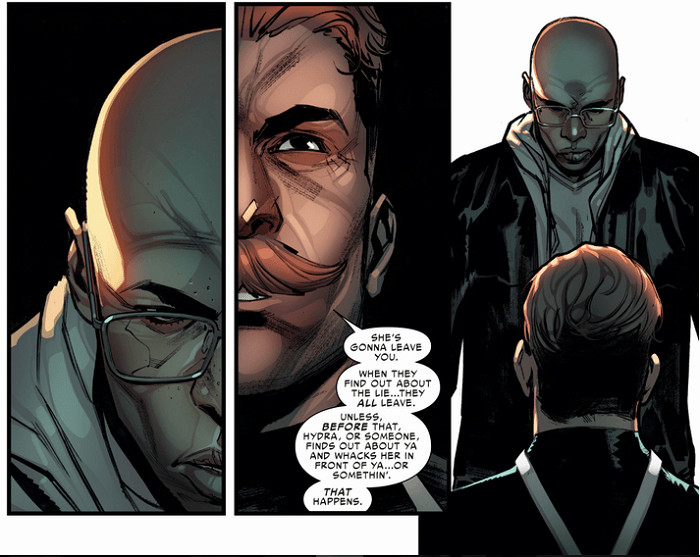 It has been interesting seeing a few issues of late where Miles is in the background of his own book, which can be effective at times. But considering how much of an identity crisis that Miles has been going through lately, in addition to the Civil War tie-in, it would be nice to get a little more quality time with our homie.

All that to say, this wasn’t a bad issue by any stretch, it just didn’t serve up too much for Miles “stans” like myself.

Sarah Pichelli is on back on this issue and I continue to be a fan of the work.The characterizations are solid, Jefferson is portrayed as grounded and solemn, yet confident. Her work on the villains in this book are particularly striking as that might be my favorite version of Hammerhead yet.

Spider-Man #11 goes left a bit after it’s last Civil War tie-in and an emotionally exhausting previous issue. We get to see Jefferson in action, which isn’t bad, even if it’s a little familiar for long time fans. It definitely sets up his involvement in Miles story to a great degree as the series progresses.

8.0 Guilt Trips From Strangers out of 10

Reading Spider-Man? You can read other BNP reviews on the series here.