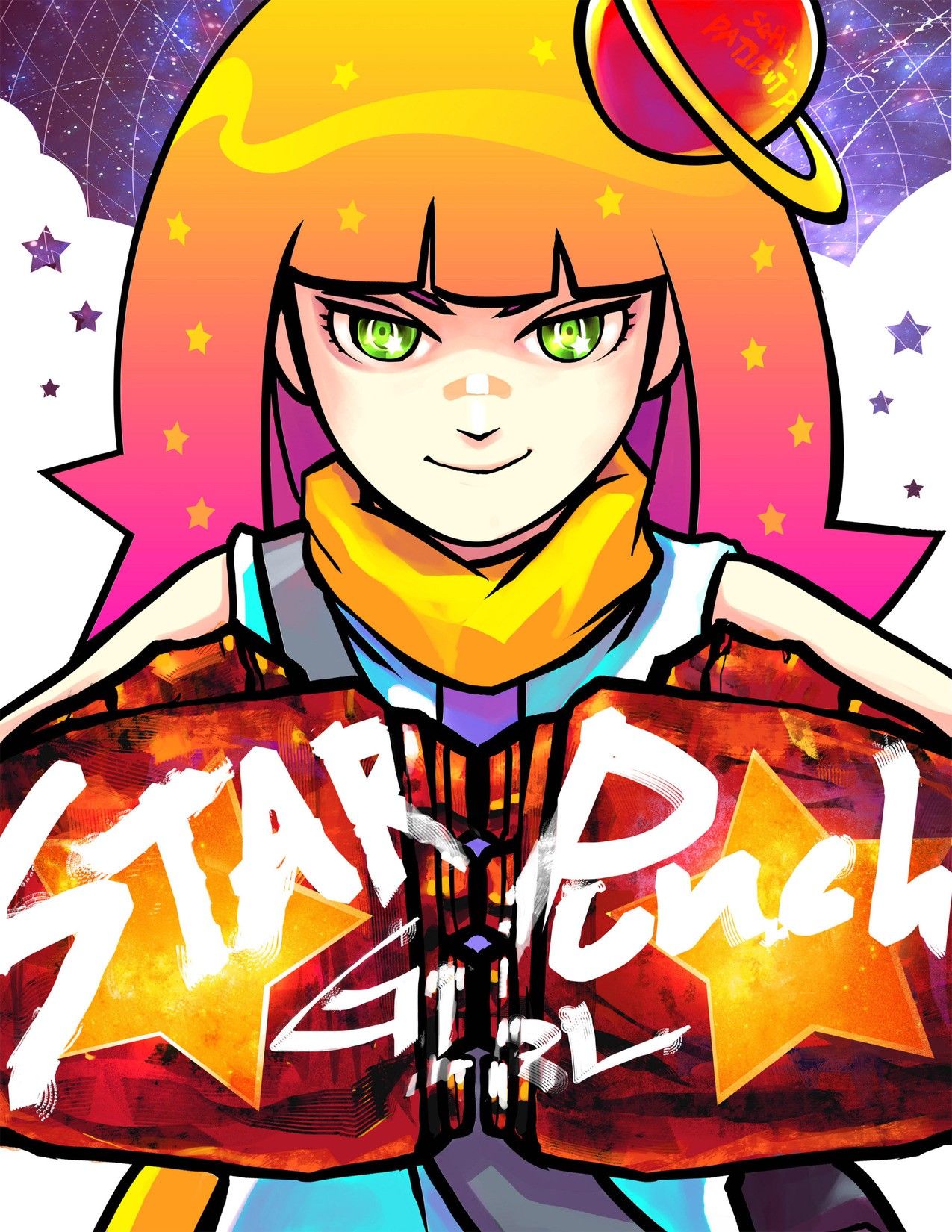 How did I come across Starpunch Girl #1? I was browsing the ComiXology site and happened to look upon the cover image of Starpunch Girl that’s posted above for your leisure. I deduced three things:

[dropcap1]O[/dropcap1]riginally a webcomic,  Starpunch Girl is the story of a “mysterious cosmic being” who wields the power of stars in her hands. She can destroy life and she can create it. She can showcase compassion and she can feel pain. Her hair sports the most unique dye job that I’ve ever seen and she’s surely on my top list of most visually striking characters I’ve ever seen. And while I still don’t have all the backstory on her, she’s a cosmic being that’s housed in the body of an adolescent girl.  Pow. Right in the kisser. 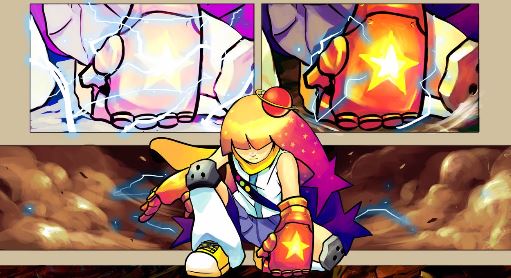 We’re quickly introduced to our titular character here with a great feat of her strength the first couple pages and through the devastating carnage we see some glorious artwork. Just a beautifully illustrated comic that speaks volumes of the artist, Preeyawongsakul, better known as “Narm,” and his talent. (Check out his deviant art page–you won’t be disappointed)

The flow of the story really works, too. Kudos to writer, no, writers S.D. Lockhart which apparently is not one person but a team! Two folks making up comics and writing them together (that was a nice plot twist). It switches from serious to silly at the drop of a hat and it doesn’t distract from the overall experience of the comic at all.

One really grand thing I must point out is the accessibility of this comic. Age wise, it’s suggested for the 9+ age range. So adults can get in on this gem of a comic as well and share it with younger readers. But what I’m really getting at is that it’s easy to pick this up and read through it: it’s not heavy polluted with word and thought bubbles of some long, drawn out plot (pointing no fingers at any particular comics here).  In fact, the story is conveyed without any–it’s masterfully presented with several !!!, ???, …, a swell arsenal of sound effects, and, of course, great panels of art.  Again, the humor is offbeat in its own way and it only adds to its charm. It’s a really fun, fast-paced comic that I really enjoyed (also, note how both the writers and the artist handle the passage of time–very artfully done!).

This issue was a great introduction to Starpunch Girl and the universe that she resides in and the power she wields. By the end of this issue we are gifted with a flashback from her past, of her homeworld where she no longer resides. This looks like it will be the best way to introduce to us her arch-nemesis and help construct the beginning of her battles to come. Did I mention that the first issue is priced at 99 cents?! No, well it is! Go support these creators.

If you read through issue one and find yourself wanting more, see more of Stargirl at her website. Fun fact, there’s an OST (Yes, you nerds who smiled reading that, an OST to listen to while reading the issue. DO IT. IT’S BRILLIANT. IT SOUNDS LIKE THE LOVECHILD OF THE SONIC THE HEDGEHOG GAME MUSIC AND SOME RPG OF YESTERYEAR ON PS1 THAT YOU NEVER GOT TO FINISH.)