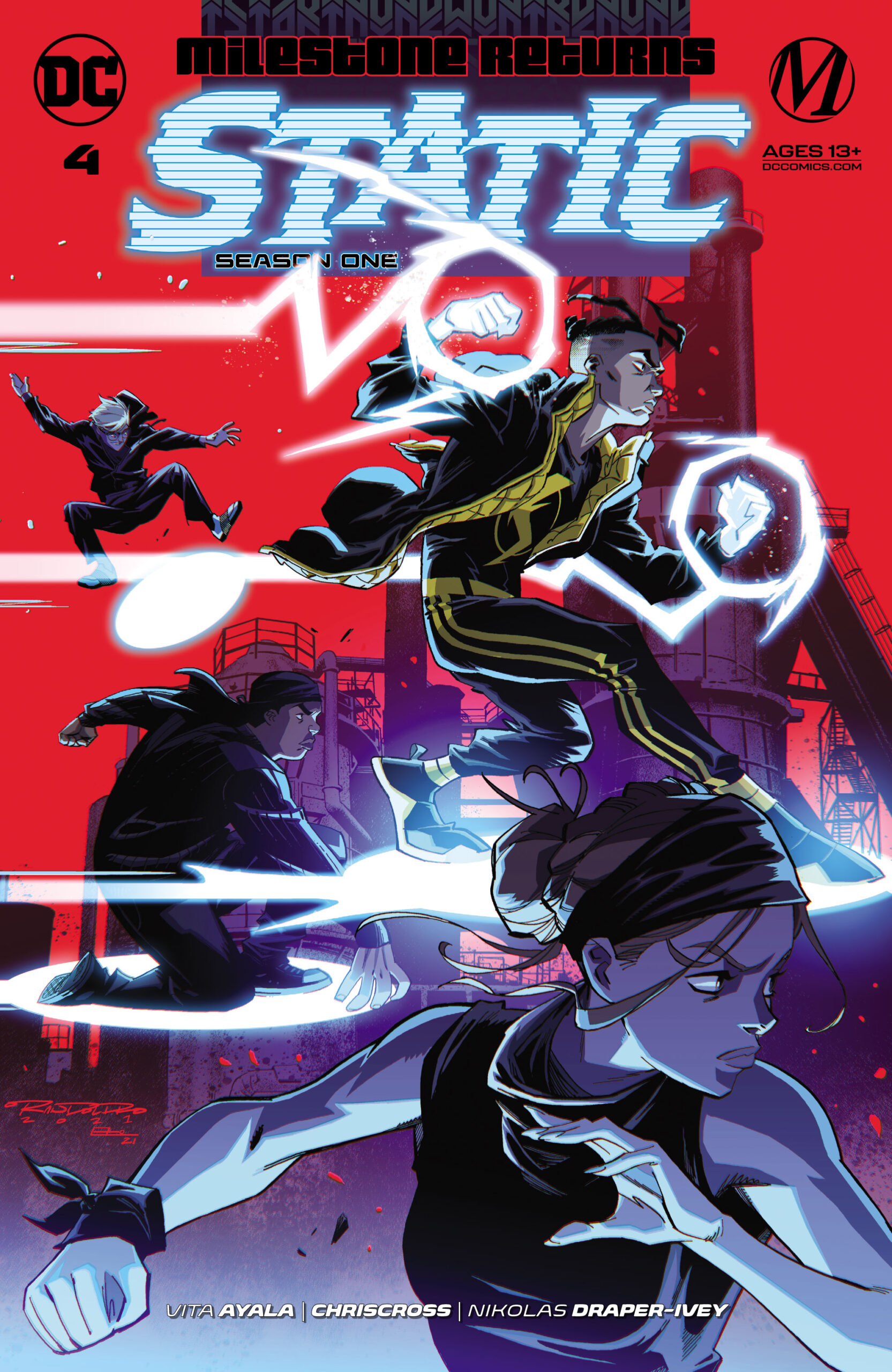 Static #4 is where it’s at! In this issue, Virgil devises a plan to rescue some of the Bang Babies that have been kidnapped by mysterious governmental agencies.

Last issue, we saw Virgil accepting his new role after gaining his powers. In Static #4, he sets out into the world for the first time as Static, as unapologetic as one could ever imagine. He’s got the confidence, the suit, and the gadgets provided by Curtis Metcalf. This may not be your older brother’s Static, but it’s Static through and through.

My favorite scene from this issue followed Virgil’s parents protecting him from A.T.F. agents who showed up on their doorstep to “help” Virgil. Knowing their full rights, the Hawkins parents turned them away, sparing Virgil…at least for the time being.

The part that spoke to me the most was that even after he was spared, Virgil still feels the call to action. He knows there are others who didn’t have someone there to stand in front of them and protect them the way his parents were able to do for him. So using his privilege, this was the last step he needed to truly embrace his identity as Static. He’s a hero for the underrepresented, the forgotten, and the lost. Because of his background, not in spite of it. It’s incredible storytelling.

I love how we’re really getting immersed in this world and how the characters are put first over everything else. It makes for a read full of substance. When this book started, I didn’t think we’d be four issues in before we saw Static in his suit. But here we are, and I think it’s all the better for it. This is an origin story, and while we know a lot about the character already, Ayala and Co. are reimagining him for a new generation. In order to do that right, the work has to be respected. You can’t cut corners. And I appreciate them so much for taking it as seriously as they do.

This is one of the most consistent books on the shelves, and it’s all because of the frontloaded work.