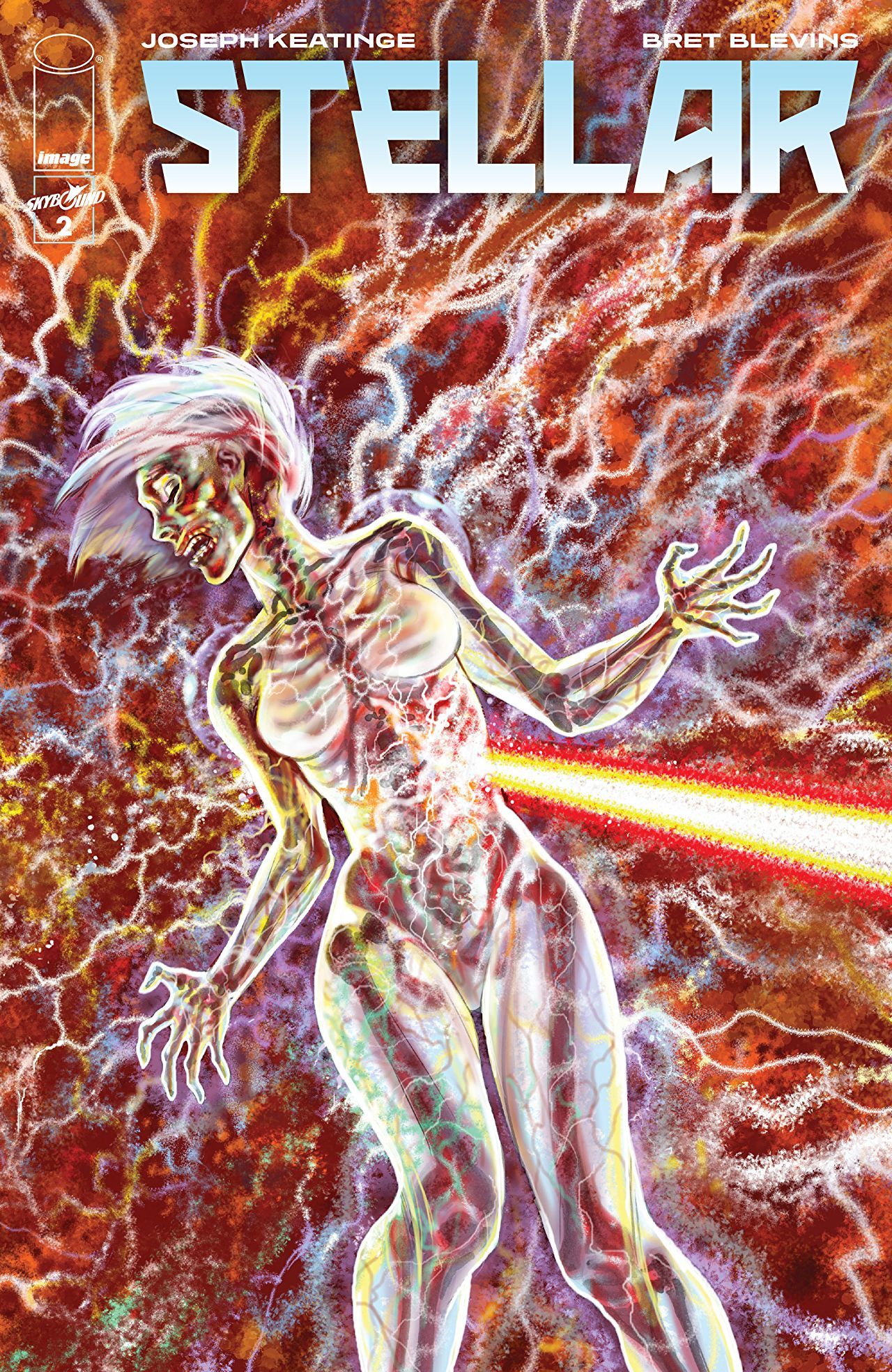 The mystery of Stellar begins to unfold in this flashback-heavy issue. Our mysterious bounty hunter’s past doesn’t just catch up to her, it rams into her like a freight train. We get a knock down drag out brawl between her and the other super-powered individuals from her past and let’s just say that it doesn’t end well for the girl. It’s like watching that episode of The Simpsons where Homer beats up the Krusty Burglar. You just want to yell “Stop! She’s already dead!” 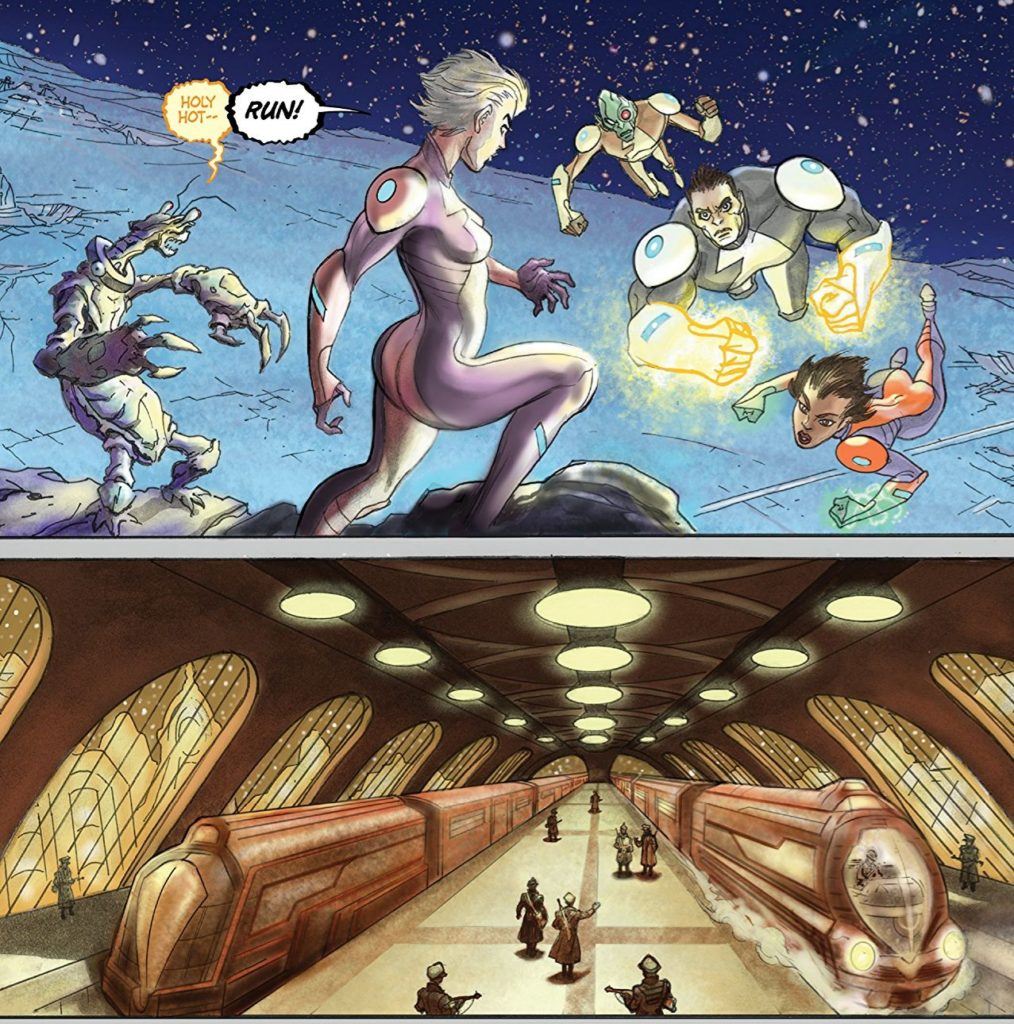 Bret Blevins draws the action pretty well. His artwork can feel a bit exaggerated in some of the scenes. Almost to the point where it looks comical. I’ve also noticed that we’ve never gotten a rundown of what kind of powers Stellar actually has. And while reading, it’s hard to figure out exactly what she is capable of. However, Blevins still does a fantastic job with the colors, as well as the various laser beams and random energy blasts that get thrown around during the fight.

While the fighting goes on, we get glimpses of Stellar’s past and connection to the people pursuing her. While the flashbacks do reveal a lot about how Stellar and the rest of the group got their powers, the constant back and forth between the flashbacks and the present was a bit confusing. At first, I didn’t even realize that I was reading flashbacks and had to reread the issue just to make sense of those earlier scenes. 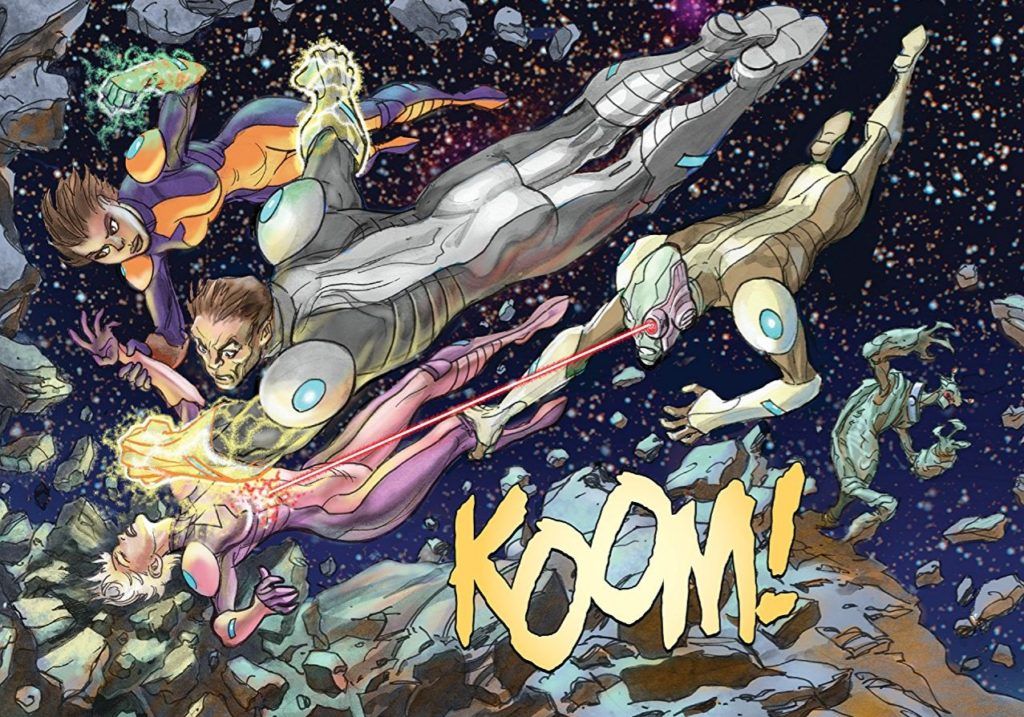 Keatinge could do more to make some of the scenes less confusing during the flashbacks. Blevins using a different filter on those scenes would help as well. I just feel like some indicator that we are taking a look into her past would add clarity to what is happening on the page. Stellar is still a compelling story. While it’s still a very familiar sci-fi tale, that doesn’t stop it from being enjoyable. Hopefully, we get to see this world expand more as we dive deeper into this mysterious character’s past.

7 Lovely Giant Creatures out of 10

Reading Stellar? Find BNP’s other reviews of the series here.