Look, I love stepping. I love the sound of it, the energy. I almost picked the sorority to pledge to in College based on who had the best step line (I didn’t end up pledging, so don’t ask). In my book, stepping is on the Top 10 Blackest Activities list, right up there with Making a Way Out of No Way and Dapping. So when I saw this trailer go through my feed the other day, I knew I had to see the movie.

I called up two of my girls, grabbed a pack of tissues, and settled in. I mean that: bring girlfriends and tissues because this movie will have you all the way in your feelings. We cried both happy and sad tears, but we definitely cried. Why?

This movie is real.

STEP follows the Lethal Ladies Of BLSYW — the step dancing team from the Baltimore Leadership School for Young Women through a crucial year in the development of the team, and of the girls that are on it. BLSYW is “a college preparatory school with an emphasis on leadership and academic excellence and enrichment in a single sex environment.” The school was founded in 2009 with one goal — for all of the girls to complete both high school and college. This documentary follows the members of the step team who are members of the first senior class, the first girls to come out through BLSYW and go on to college.

Three girls form the center of the story: Blessin, central to the energy and action of the film, is a founding member of the step squad and is now a senior ready to graduate, except she’s not: she missed half of the previous year, is overwhelmed by her own rage and her family situation. Cori has the goal of being valedictorian of the class and going on to Johns Hopkins University, her family also struggles on the margins of poverty while remaining a strong unit. Tayla has the most stable family of the three, but her success if far from secured. All three live in Baltimore City, lived through the reaction to Freddie Grey’s murder at the hands of the police, and know that they or someone they love could be next. 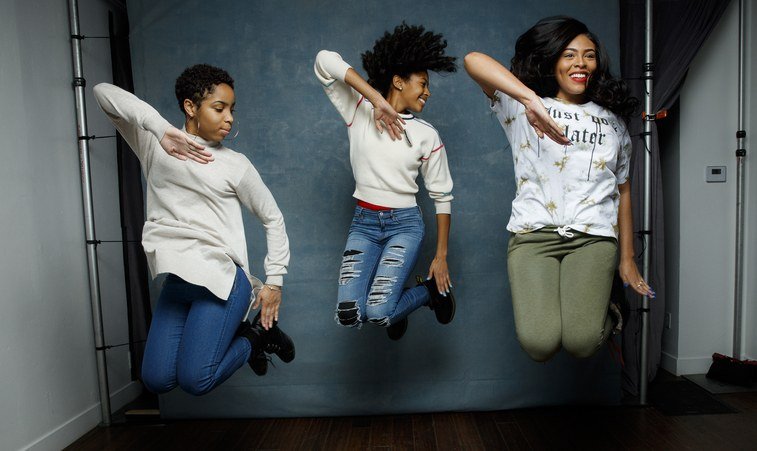 With all of that noise, personal and political, plus the pressures of being teen girls, it is little wonder that they all fight daily just to get to school, let alone to get out of it and on to college. The step team is a vital part of that struggle, and that victory. It teaches them discipline, sisterhood, leadership, pride. What’s interesting about that, is that because of the structure of the school, the girls are aware of those learnings as they happen. They know *why* they do it, there’s none of the sheltered “Oh, I just like to” ignorance that these documentaries often display, particularly from girls. Blessin, Cori, and Tayla, and the rest of the squad, know they are there to represent their own possibility, and they do so proudly.

The documentary does a perfect job of letting the girls be girls — they spend lots of time shopping for wigs, doing their hair, perfecting their cats eye make up and their baby hairs. Meanwhile, when those girls get on the stage to step? They are warriors and queens. When they step, well, as Blessin says: “Step taught me that when you come together with a group of powerful women, the impact will be immense.”

A significant part of that impact are the administrators that are also in the film, the principal, the college advisor, the coach. Also Black women, the three of them form the support framework that lifts the girls up as they fall and gives their parents the tools to do the same. Each has a role to play, from nagging about college applications to having complete faith in them, and they each play it well. These women exemplify the truly superhuman effort that is required to help Black girls succeed in a system that is arrayed against them, and they pull it off with all the style and strength you’d expect from them.

I cried for these girls, for their courage and stamina, for their will to be educated and to succeed and for their righteous pride when they win — both at Step and at Graduation. And when they do win, we stood up and cheered for them, to hell with the white folks in the audience. Afterwards, with my friends, we unpacked our own college roads, our own obstacles and successes and felt some square of the pride that the Lethal Ladies Of BLSYW felt. Take a Black Woman to see this movie, or a Black Girl who needs to see her self winning on screen. Immerse yourself in this Blackness fam, enjoy what we can do together.

Find out where it is showing near you on their official Website, STEP.