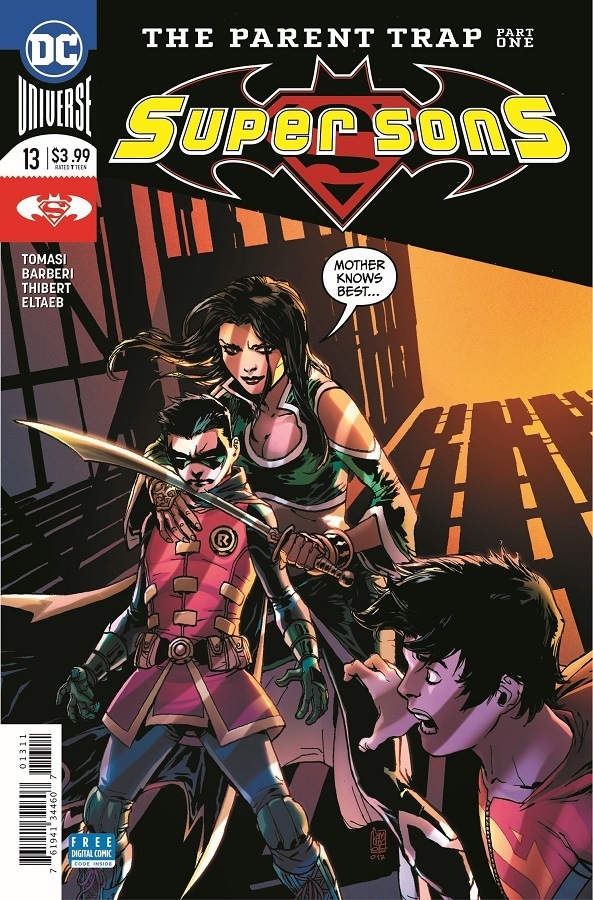 After spending a lot of time with the fathers of the World’s Soon-To-Be Finest and their fathers, it follows very logically that we would spend time with their mothers. While this is a predictable narrative arc, it is still a welcome one and is executed to near perfection.

Jonathan Kent, rocking the nickname J.K. from his new friend at the West-Reeve School, and Damian Wayne, making enemies of every single one of his classmates within minutes, are dressed to impress with their school uniforms and are living out the typical new students at a new school tropes. Since we’ve spent so much time with both of them in increasingly high stake situations, it’s nice for things to deescalate even if it doesn’t last halfway through the issue. Their dialog perfectly captures the childhood banter that continues to be a series staple and one of its biggest draws.

When Talia ah Ghul makes her dramatic reappearance in Damian’s life, The Parent Trap arc starts in earnest and we begin delving into Jonathan Kent finding out about his best friend’s past. It’s a dynamic that’s only been alluded to up until this point, and using the maternal tie to introduce the element is just good storytelling. 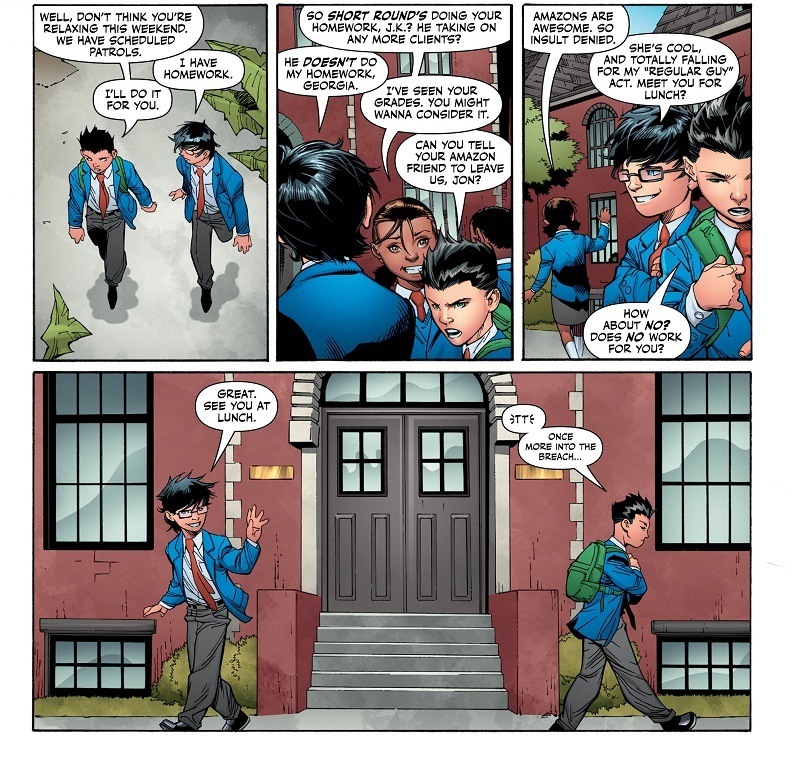 Barberi and Thibert depict the schoolyard antics of the Super Sons and light sparring with several members of the League of Assassins perfectly. Jonathan and Damian are both black-haired boys, but their body language at the school and their combat styles easily differentiate them. It’s in the small details like how Jonathan stands up straight to show off how he’s just ever so slightly taller than Damian, or Damian’s constant eye-rolling at people who don’t meet his standards.

I’m glad to see Damian and Jonathan get to live out the normal parts of childhood after twelve issues of all the super heroics. I’m glad to see Talia al Ghul back in the fold. The series exudes joy, and I’m here for it.