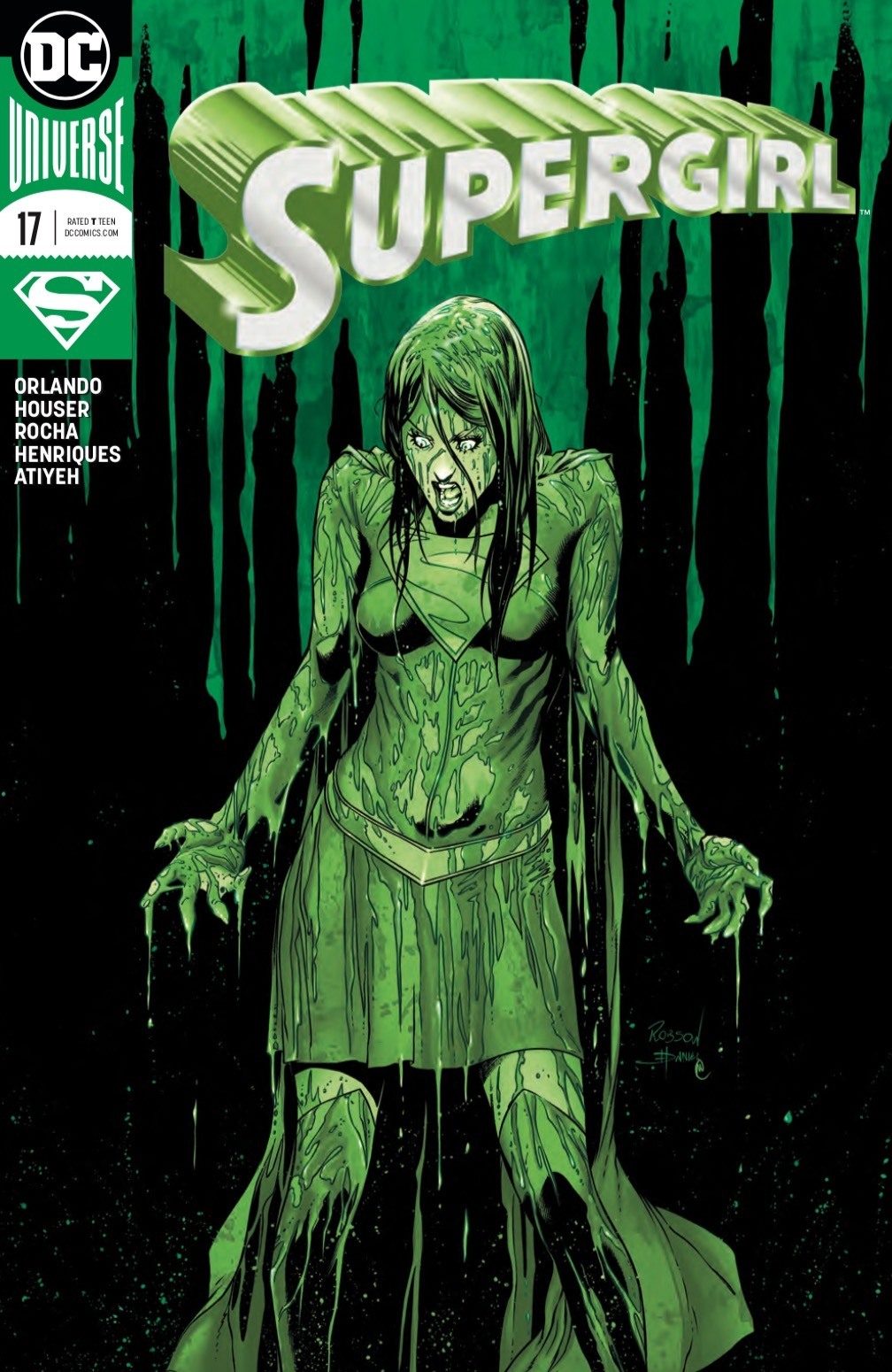 “Plain Sight” continues with Kara searching for the balance between her Earth persona and life as a superhero, interrupted by the D.E.O.’s campaign of sending metahumans to lure her into the open for capture. It’s proven to be a bad plan as Supergirl continues to best the C-level villains sent her way, as is the case here in Supergirl #17 as the previous cliffhanger is easily resolved by defeating Starshame. Still, this arc carries the nostalgia of a 90s cartoon or video game plot where you defeat one mini boss after another until the inevitable showdown with the one that matters. Until then though, Supergirl’s repetitiveness is starting to weigh down the narrative.

Artistically, some of the artwork in this issue includes overdrawn panels of exaggerated facial expressions with more wrinkles than the abuela in Coco, and Starshame’s costume design highlights the type of over-the-top sexuality of a fighting game character. The best scenes tend to come from featured landscapes, whether Supergirl is saving lives on a cruise ship by the coast, or living as brunette-edition Kara in her high school hallways or in the backyard with Eliza. An art change occurs in this issue, which is brief and near enough to the issue’s climax that it’s not very jarring. The climax, though, is predictably in line with the last several. 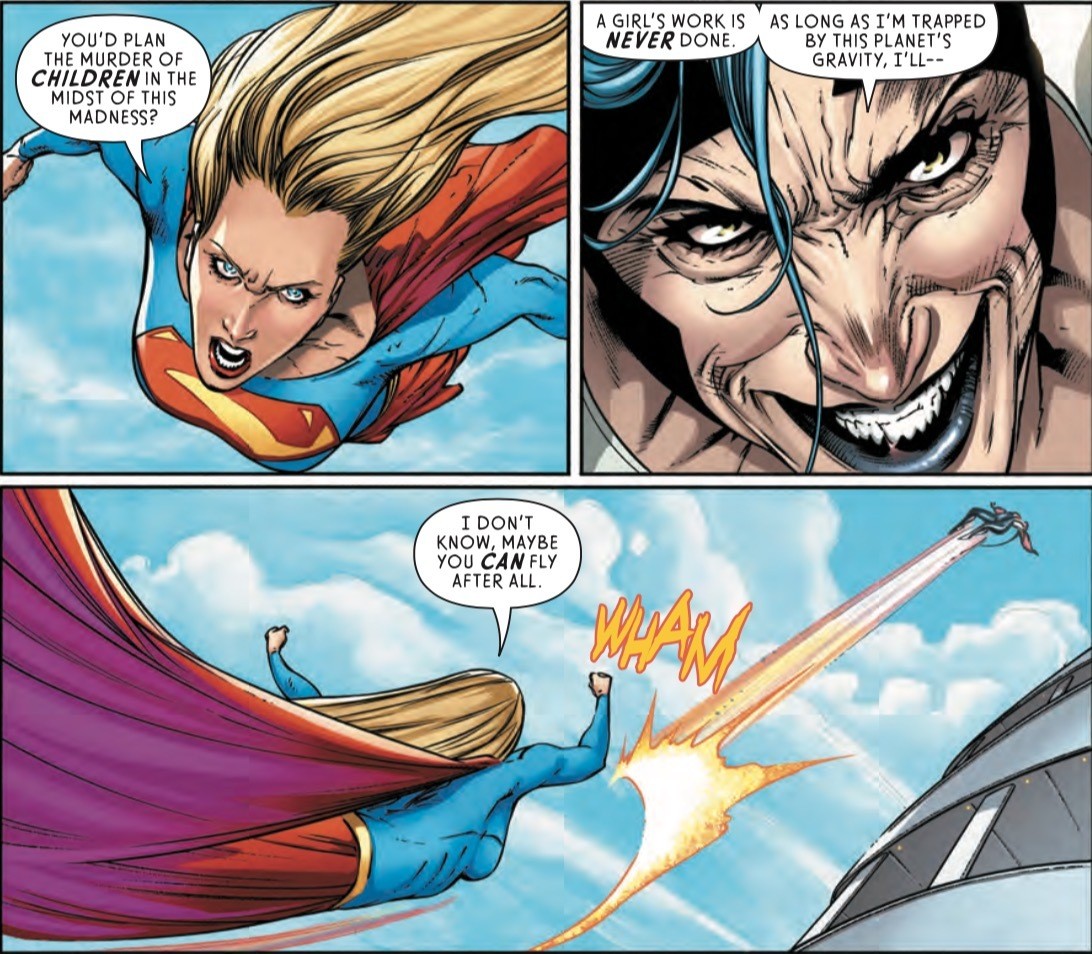 Overall, Supergirl #17 reiterates much of what we’ve seen and what we know: Kara is torn between two lives, trying to find balance, and the D.E.O. will continue to test the boundaries of her ability to live that bifurcated life. It’s time for the conflict to escalate in its natural direction, made obvious by now, to put us back on edge with how the D.E.O. can push Kara to a decision.