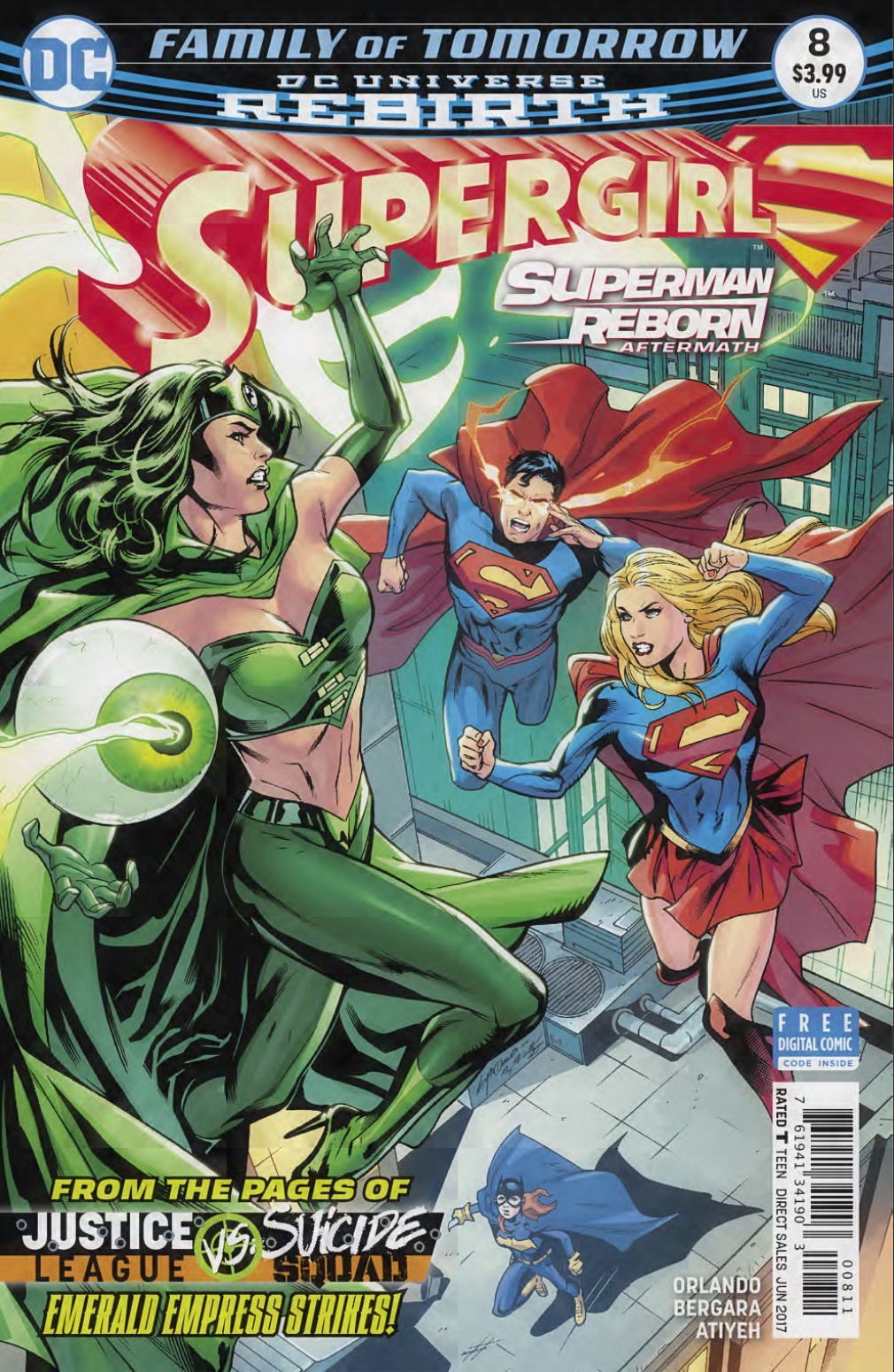 In a series that has been tolerably bubblegum flavored, the latest issue of Supergirl goes below par even for one whose carved its lane being cheesy. Right on the heels of a solid Batgirl and Supergirl crossover, Supergirl #8 veers left into a random, nearly nonsensical threading of plots that leaves you detached from any single one, yet spends the most time on a Superman plot that was never previously relevant to her series. That last part is important, because while readers are running through the highlights of “previously on Superman Reborn,” the one plot you want to see involves the crossed paths of Supergirl and Batgirl – a relationship and story that had begun to develop – while it sits in timeout on the periphery of the story. 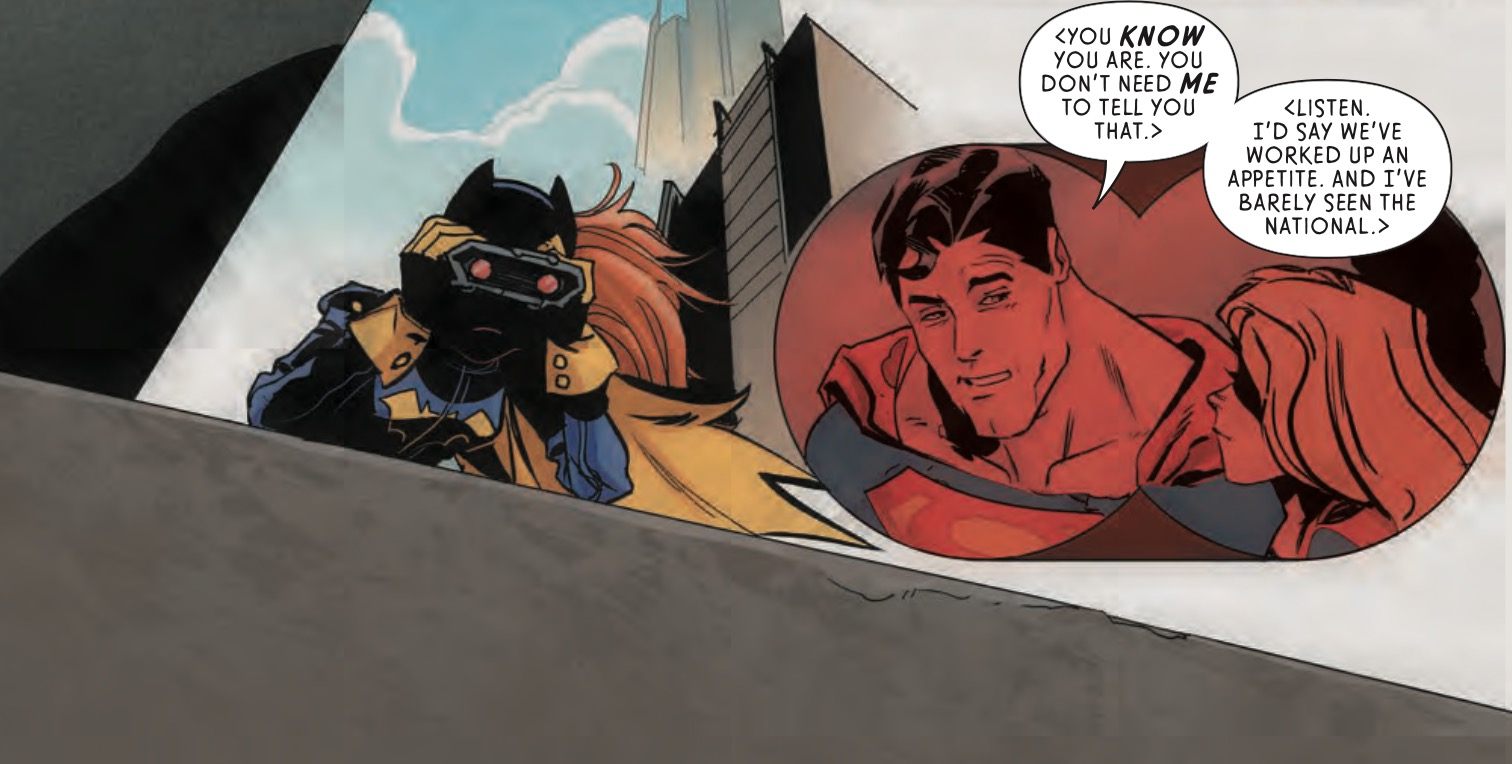 One third of the issue pits Supergirl and Superman in a brief, unexplained fight against Emerald Empress; a second part is the Life and Times of Kryptonians adjusting to Earth and the two cousins talk about cultural adjustment and family life; and the third is the “previously on” explanation of what’s happened in Superman’s personal adventures finding out he has a mirror identity. If you have been following along so far you might be asking yourself how we got here, to which the answer is, I don’t know. What we can hope for is deliverance on what is promised next, which is the Batgirl-Supergirl collision we expected to rekindle sooner.

Artistically, the style matches well to the tone of the dialog, which, again, is more toon-y than normal even for this series of Supergirl for those who enjoy playing up the lightheartedness. An exaggerated smile or literal wink is the norm here as types of features that set this iteration of Kara Danvers apart from one like Being Super, which offers a different taste. 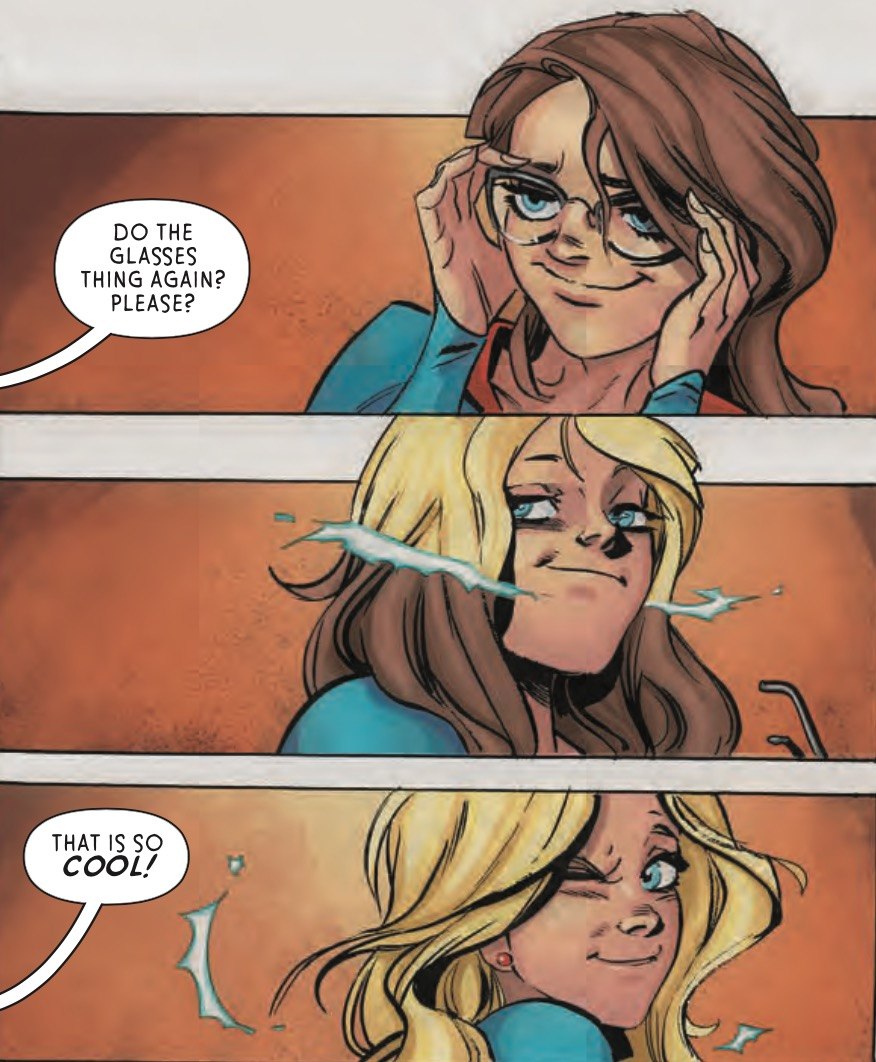 Overall, we like this series for continually owning its lane, but even so this is not the best from Supergirl. What you can look forward to though is Babs’ introduction to National City, finally landing on the scene after watching from a distance as we survived this latest issue.