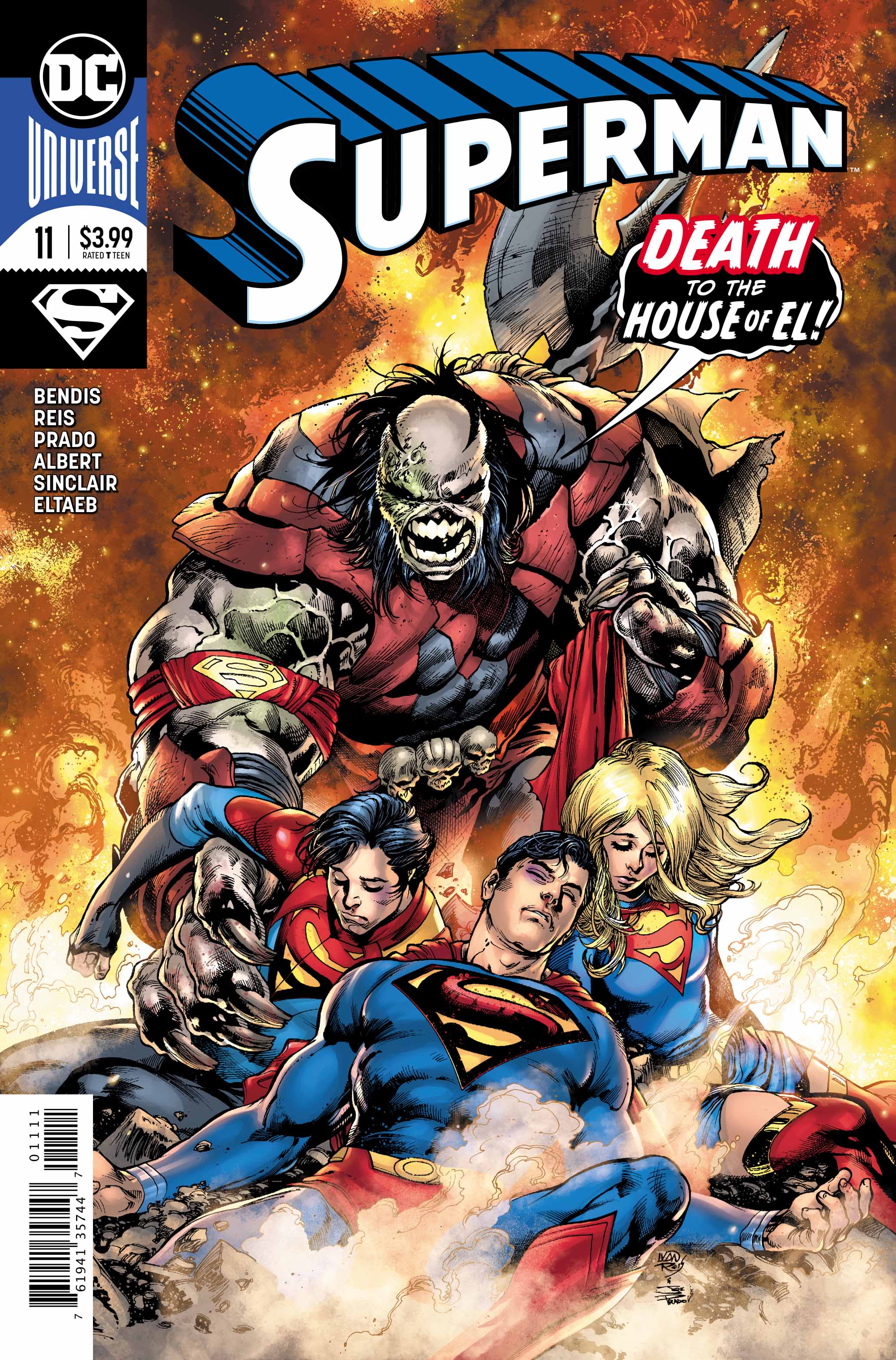 This week gives us Superman #11, part 5 or “The Unity Saga.” Last issue featured the return of one of Bendis’ first original contributions to Clark Kent’s world, Rogol Zaar. Superman and Superboy now find themselves in the middle of an intergalactic (actually, it might be intragalactic) battle between three different forces. Throw his grandfather in the middle and pepper with Rogol Zaar and General Zod, we get absolute chaos.

I missed some of the early Superman issues of this new run partly, because I got tired of Zaar. I resent retcons that I feel are solid linchpins to a character’s story. I’ve always liked the idea that the Kryptonians were swallowed by hubris, irresponsible with their planets resources and not heeding Jor El’s warning. Throwing in a “actually it was X” just doesn’t do it for me. On top of that, we’ve spent a lot of time nursing Zaar’s grudge against the Super-family. I definitely rolled my eyes as he opens this comic interacting with General Zod. It seems like Bendis doesn’t care about my predispositions as he and Reis prove to me that good ass storytelling will overtake questionable creative choices (GoT S8:E5 anyone?). 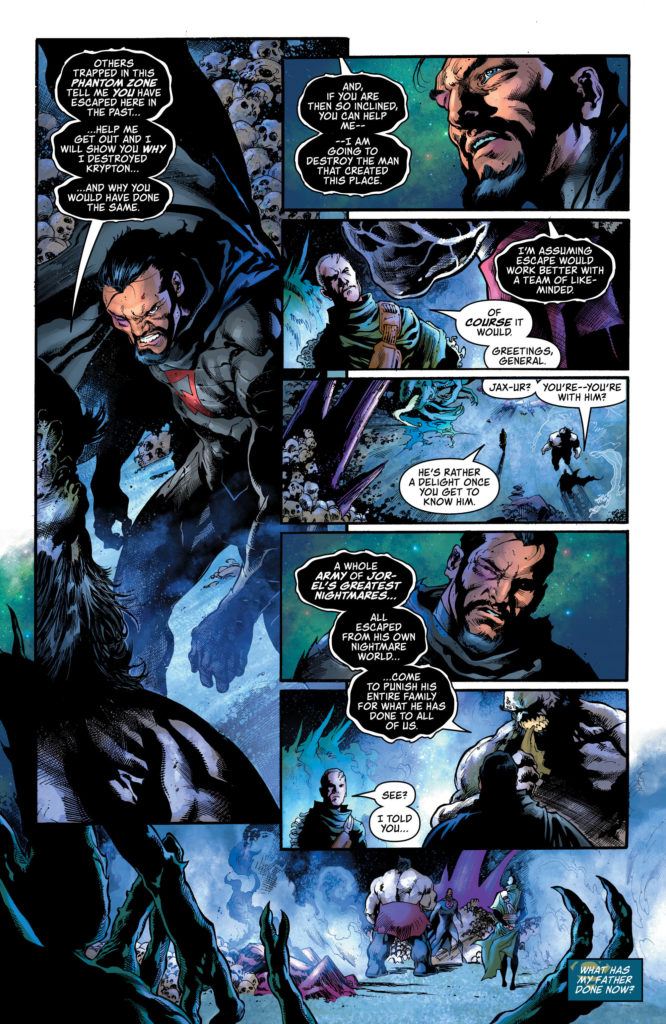 This book has a habit of showcasing Superman’s power in interesting ways. Instead of having him punch a black hole or something, we see him navigating this epic space battle diplomatically. He identifies the different factions and uses his knowledge of their culture and practices to get them to a temporary ceasefire. The situation falls apart when Zaar and Zod enter the stage, but the interesting take is Superman’s inner monologue of concern with Jon and questioning his handling of the crisis.

I can only imagine that Bendis goes to Reis and tells him they’re doing a story of diplomacy only to have him unenthusiastically nod, followed up by…

Reis proves over and over that these outrageously detailed battles are a place where he thrives. The strength of this issue is how feelings in the characters faces are conveyed. There are a few pages where the faction leaders are clearly in awe of Superman when he stops the fighting. My favorite panel was a silent look Superman gives his father before they get a chance to talk that says, “Oh we will have words”. This book proves to be an all-around powerhouse of design and worthy of DC’s greatest hero.

9 “Last Minute New Challengers” out of 10