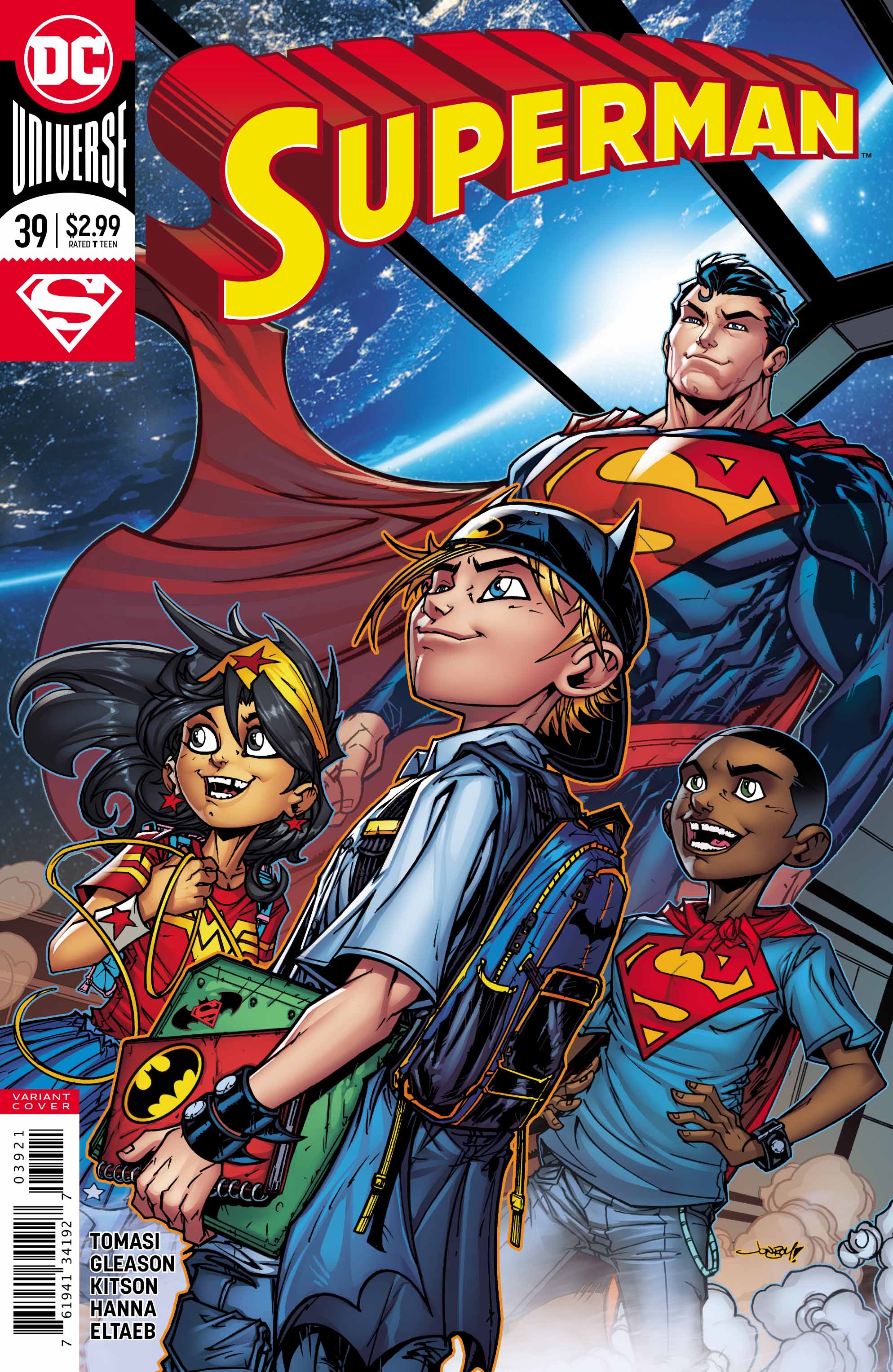 Last year was an exceptional year for comics. Between brand new storylines and revitalizations of old characters in the modern era, 2017 constantly forced me to ask one complicated question: what makes a perfect comic? What combination of narrative, dialogue, art, narrative, and joy is required in order to single out a comic?

I really wasn’t expecting to find an answer so quickly into 2018, but here we are, barely a couple weeks into the year. Superman #39 decided to answer my inquiry with a beautifully crafted story that speaks not just to the quintessence of Superman, but of superheroes in general.

The more I think about Goodnight Moon, the more I find myself smiling. Kitson’s art harkens back to the Golden and Silver Ages, and the wonderfully campy Demolition Team graces the front page. Tomasi and Gleason gleefully drum up the excitement and thrill of the superhero/supervillain dynamic. The playful back and forth exchanges, the textbook showcasing of various abilities, and bystanders staring in awe. All concluding to showing the sparks in children’s eyes as they stare at the Kryptonian crest. 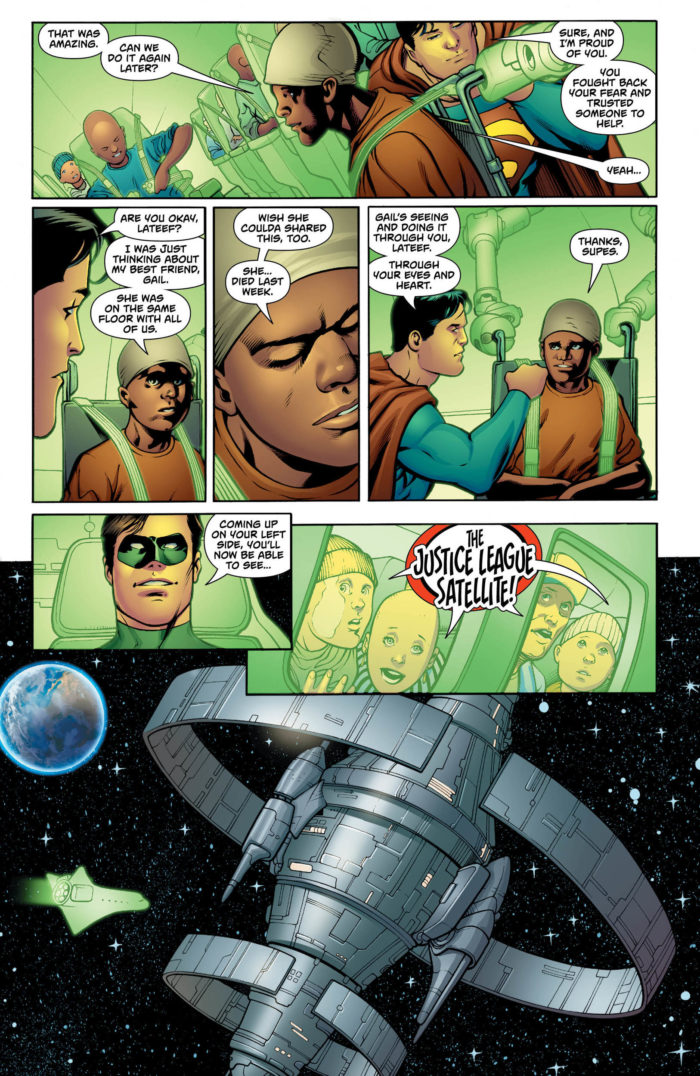 The issue is about Superman chaperoning patients at the Children’s Cancer Center of Metropolis for an extended day trip, and the cover speaks for itself. One of the greatest strengths of Tomasi and Gleason is their ability to capture an adolescent’s voice. They capture joy in a way that resonates with comic book fans. Whether you’ve been vested in comics for years or have recently picked up the habit, you understand this innate happiness, the impetus behind comics.

Fictional heroes represent the virtues we hope to embody. With all of their powers, they choose to protect and inspire. On a fundamental level, they illicit wonder. With its premise, its dialogue, its fantastic artwork, Superman #39 is a one-shot story that masterfully demonstrates why Superman and Co. have captured the collective imagination.

Seriously though. I can’t stop smiling.

10 “Starry Eyes” out of 10
Reading Superman? Find BNP’s coverage of the Man of Steel here.