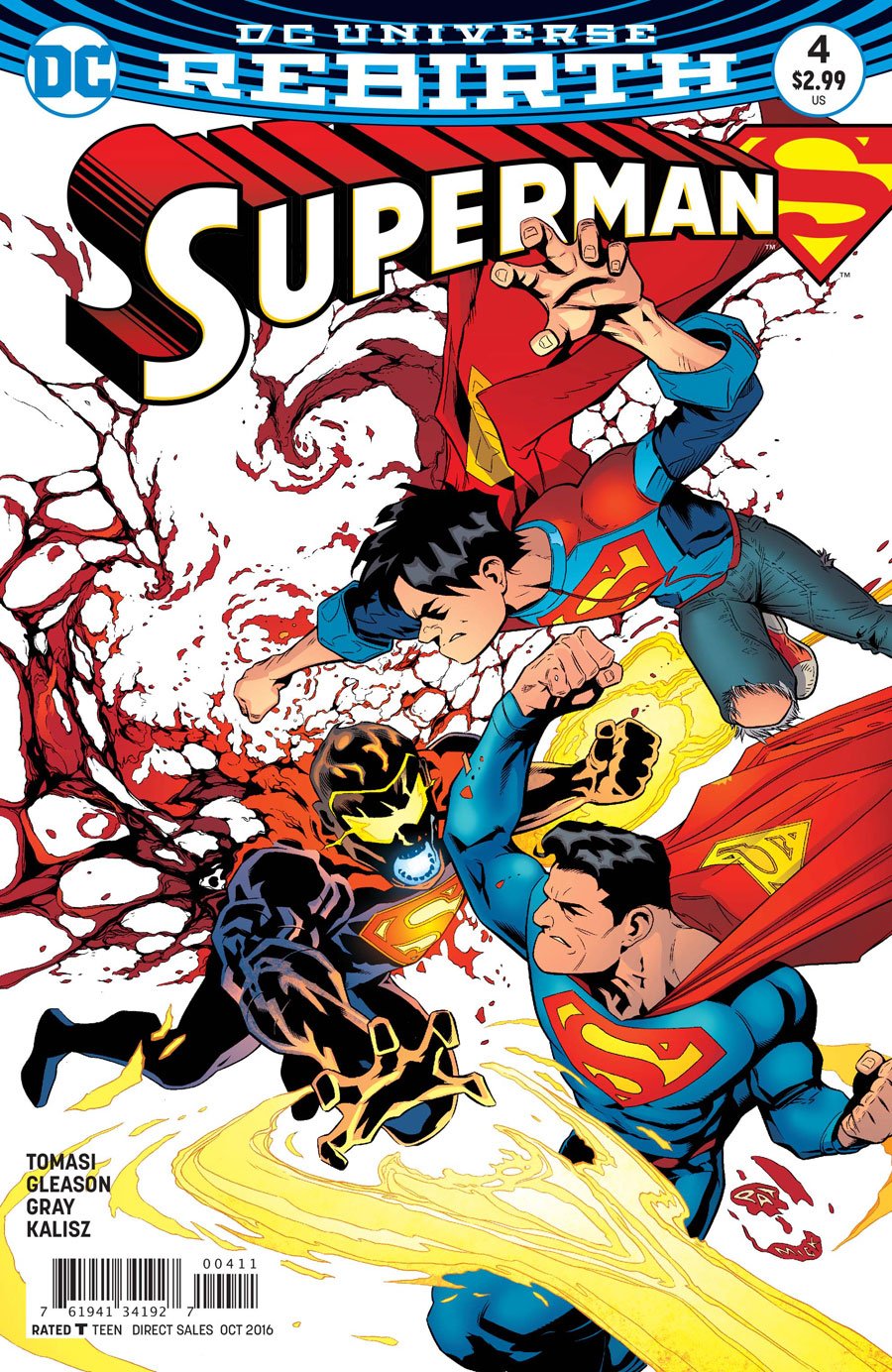 Caution: this issue gets a little… weird. Now I know what you’re thinking, and yes, Superman-who-replaced-Superman, with a son, battling the Eradicator who survived the explosion of Krypton isn’t exactly normal. But whoo boy, this issue. We’re officially not in Kansas anymore. 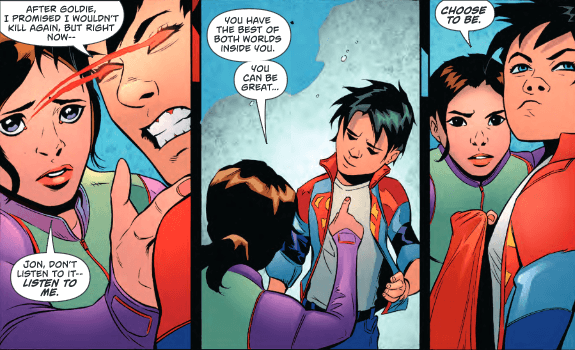 One of the most insistence criticisms Supes receives as a character is his invulnerability, the fact that the stakes are rarely high enough for investment because of his godlike status. For me, the difficulties of balancing family life and the already challenging task of raising a child combined with a complete lack of knowledge of how his DNA will manifest helped compensate for this weakness. Yet here we are diving into possibly one of the most supernatural if not dark interpretations of what exactly happened after Krypton ceased to exist. Sure, this is the same comic where a child literally fries his kitten to death (accidentally), but that hardly seems comparable to the fate of an entire race of people. Again, the new direction isn’t bad necessarily, just strange. 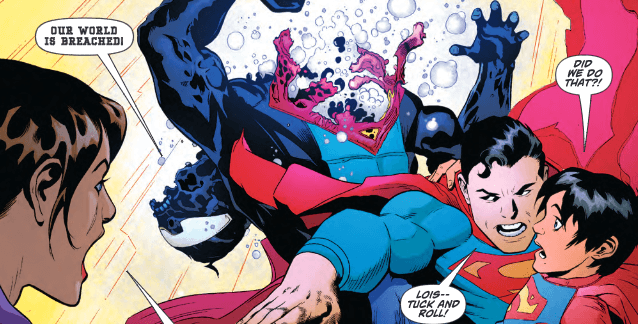 One familiar hallmark of this comic however is Lois’ quick thinking and levelheadedness that continues to ground her family and help them thrive. Considering the precedence that Jon’s powers have been taking I’m pleased to see Lois consistently reminding her son (and naturally, the audience) that being human has its own positive points as well. Where Clark and Jon are all strength and super heroics Lois is keen observation and practicality, making me almost wonder if this story wouldn’t be improved if it were told from her perspective rather than Jon’s.

Overall the things I’ve enjoyed during this run are still present, although it feels like some of the character interaction was cut to make room for more of the Eradicator’s backstory. I’m hoping that we’ll soon circle back to the Justice League featured at the end of the #1 issue as their interest and concern in Jon’s powers seems to have been quietly ignored for the time being and (although perhaps this is asking too much) I would like to challenge the comic to start weaving in characters with more diverse backgrounds in critical roles rather than falling into the traditional trap that Superman stories can often lead to.