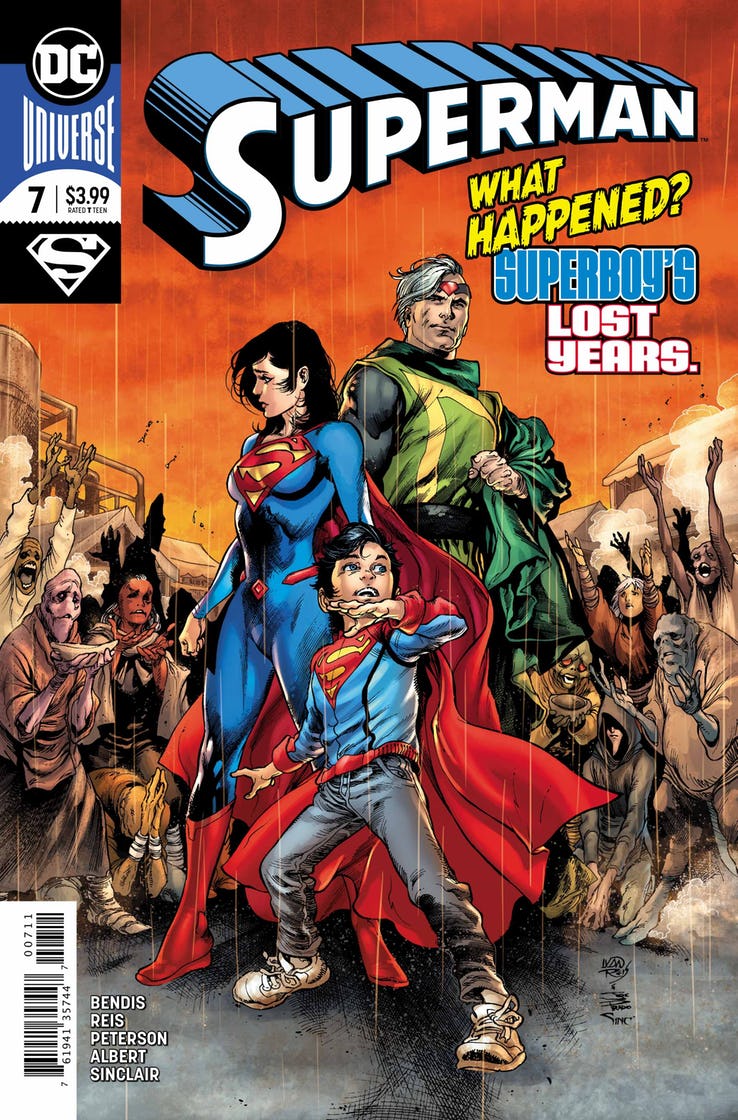 Dan Jurgens created an interesting aspect of Superman’s life in Jonathan Samuel Kent. Peter Tomasi took that character’s reigns in his Superman run with some compelling stories. Superman was almost made to be a dad and Tomasi really did an amazing job exploring Supe’s capacity for fatherhood.

I’m going to do my best to get into the head of the indomitable Brian Michael Bendis.

“Mr. Bendis, don’t forget that Superman is married to Lois Lane and has a preteen child, Jonathan”

Bendis: “Yea . . . Eff that. We’re sending they asses off planet while I get my Superman on” 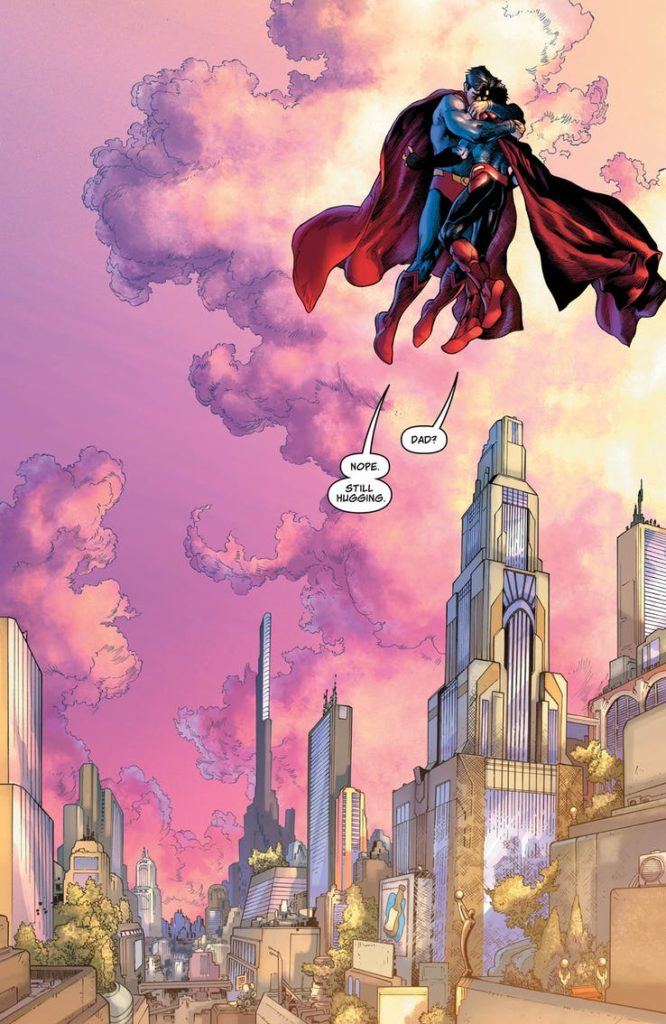 Joking aside, Bendis made an impressively bold move from Superman #6 into #7 by aging the new Superboy to his late teens. Being a newly created character, there was more freedom to make dramatic changes to this Superboy and his ilk. Bendis is joined by 3 artists in this comic; Reis, Peterson and Fabok. This team creates a wonderful comic that is full of heart and the content allows artists to play. We get an explanation for Superboy’s rapid aging (I’m not a scientist so I am perfectly happy with the vaguely scientific jargon) and a recap of his space adventures with his space grandpa . . . space. 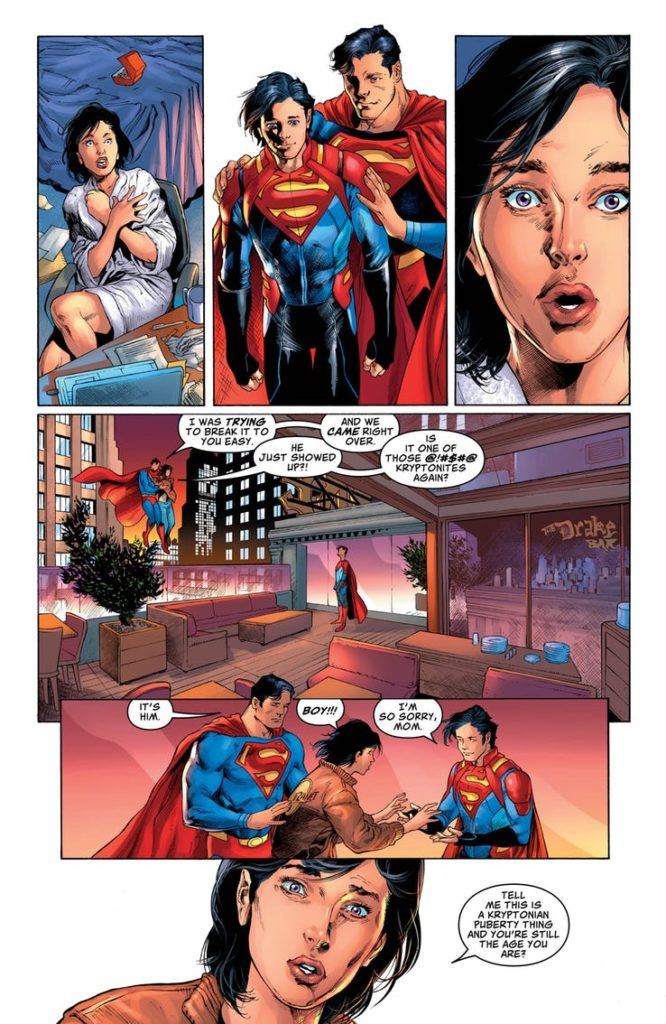 Clark and Lois are predictably flabbergasted by Superboy and we get a couple of touching moments of reunion. The visuals accompanying Jon’s adventure are stunning; dynamic and appropriately colorful. My personal favorite is a tense and oddly philosophical faceoff between Jon and that bastich, Lobo. The comic also makes a powerful statement about Superman’s importance with Lois’ encounter with aliens while wearing his symbol. The comic rounds out with a solid cliff hanger around Superman’s father. It’s too soon to say whether Bendis will capitalize on his choice to age Superboy but as a post-reveal of a twist, this comic does it right.