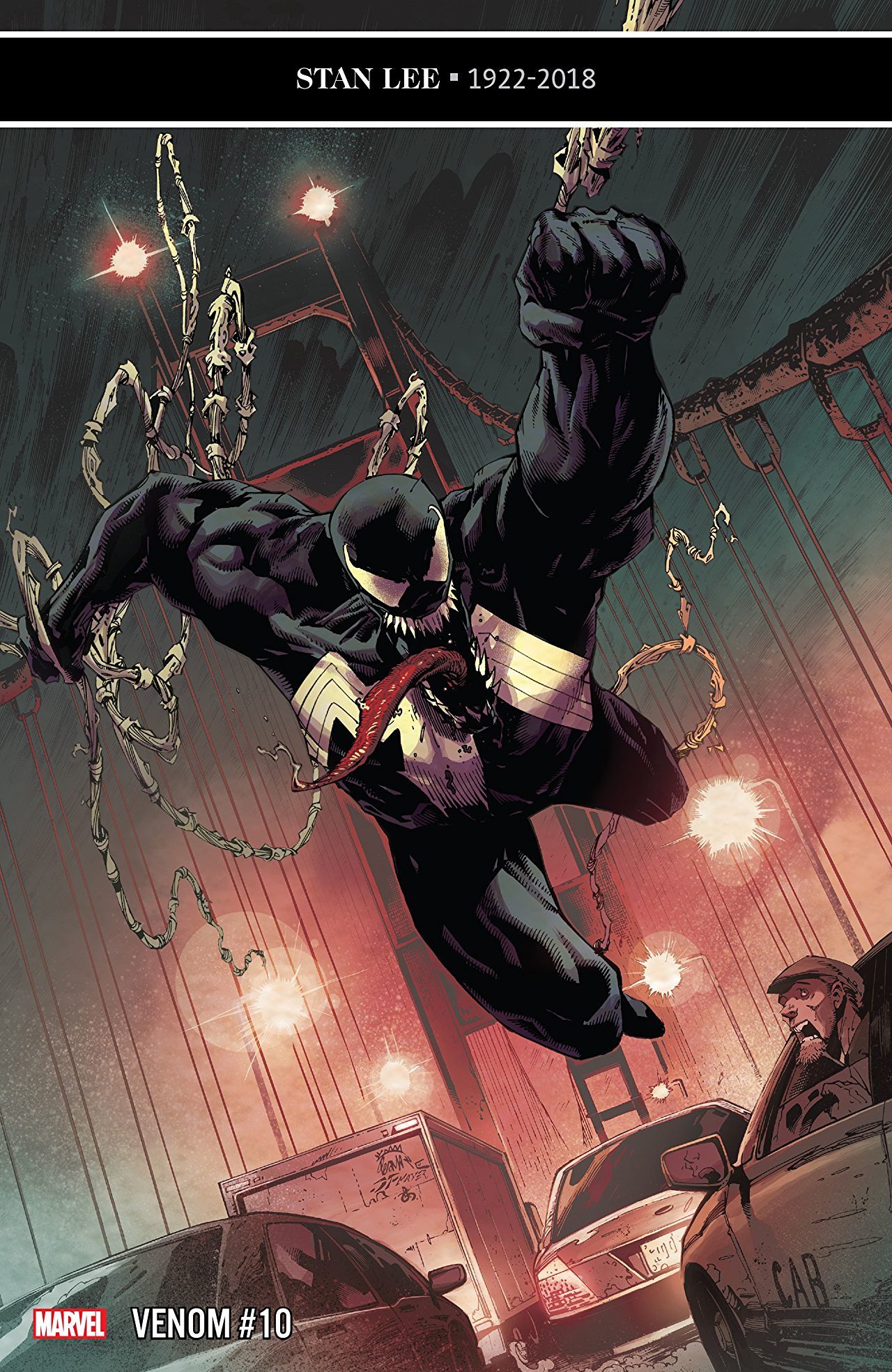 The introduction of Eddie Brock’s younger brother Dylan has revealed a great many things about the character. The last issue established that Eddie has some obvious daddy issues. While past stories have touched on his strained relationship with his father, Donny Cates adds some new revelations to Brock’s past that inform the man we see in the present. 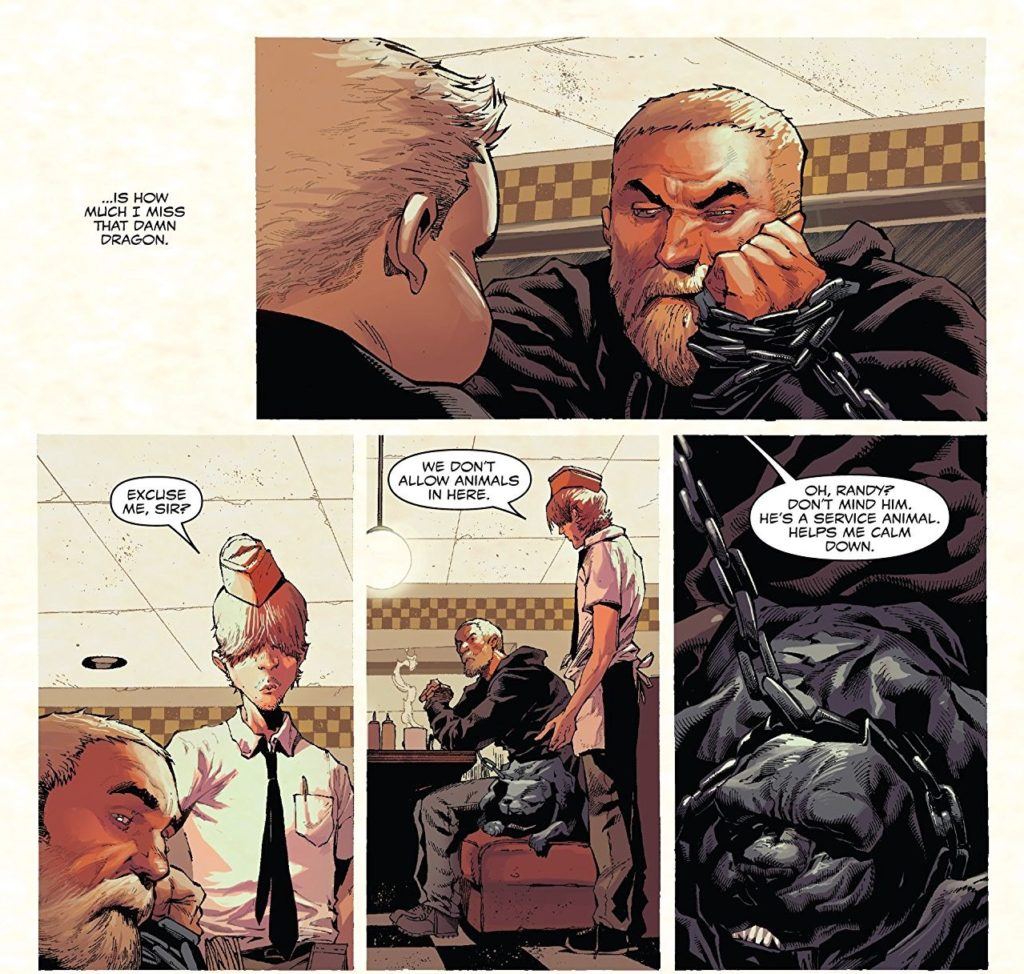 There’s a lot that works in this issue. The family drama continues as Eddie – thankfully – doesn’t take Dylan’s request to kill their father. Instead, they go out for a good meal at a local diner. Here we learn a lot about Dylan’s life and his subsequent abuse from his father. We also learn that Dylan’s quite the fan of Venom’s heroic turn. There are some comedic bits during the opening monologue that I found pretty funny as well.

However, Eddie kinda pumps the brakes on Dylan’s inner fanboy, giving him and the reader plenty of reasons why he shouldn’t be admired. It’s good that Eddie puts some kind of distance between Dylan and himself, especially with the symbiote being such a wild card. Here, we get the best part of the issue as Eddie adds more to the flashback we saw previously. I will say that Cates’ portrayal of Venom/Eddie works best when he is dissecting either of the two characters. Eddie’s backstory is my favorite part of this issue, as it gives the reader a better understanding of his guilt and reasoning for trying to make Venom a hero. 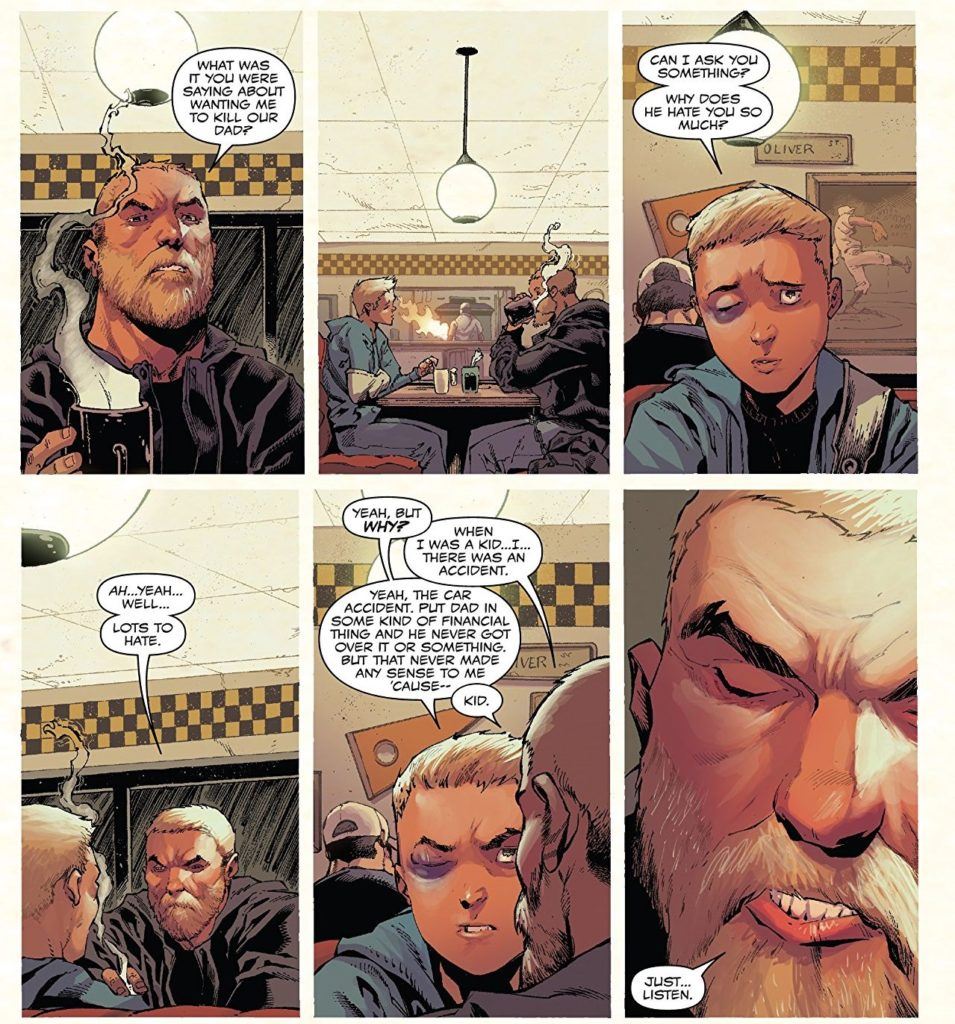 It’s the issue’s ending that is a cause for concern. It looks like Cates is diving back into the same strange territory that he reached for in the Knull arc. He appears to be straying away from the more grounded story that the past two issues have given us, which kind of sucks considering it’s the most enjoyable part of this arc. I’ll reserve my judgement until we see where the story is headed. I’m hoping Cates can pull it off this time, giving us a Venom story we can look forward to.