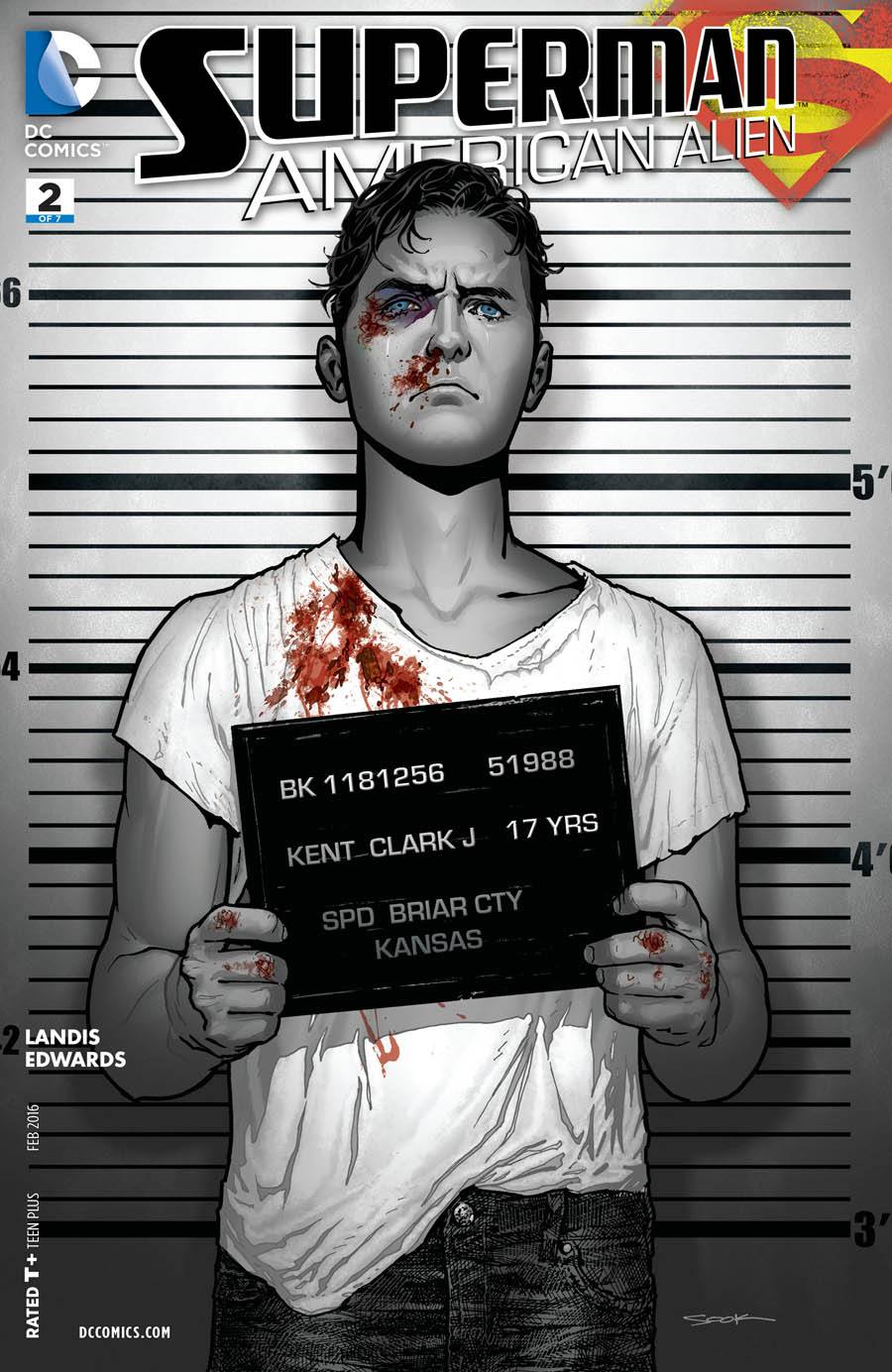 So, Max Landis is finally getting his dream opportunity to add his name to the pantheon of writers that have taken a crack at the Superman mythos. The result is a seven-issue series, each with a different artist, chronicling seven separate moments in Clark Kent’s life. As some of you may recall, my thoughts on Landis’ first issue were somewhat unfavorable. No, that’s underselling it. In honesty, there have been toothaches, hangovers, and Terrance Howard movies I enjoyed more than that fiery bag of Klingon shit I read last month. However, I am not without mercy. After all, Landis promises a whole different story in each issue so he does have some room for redemption. Some. 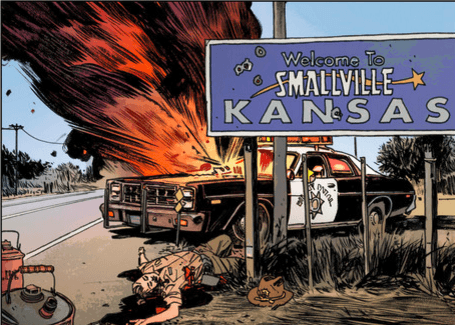 Issue #2 leaps forward a few years ahead of the previous offering where Smallville gets its first brutal murder while Clark lays about (well, as much a layabout as Clark Kent ever is) with his childhood friend, Pete Ross. Okay, so here’s the thing about this issue. First of all, it IS a little better than the shit we got last month. It’s a well-paced book about Clark Kent being indecisive about using his powers to save people. That would be awesome if Landis didn’t keep promising us some shit we’ve never seen before. It’s as if he KNOWS we know how this story is going to go, so he adds some window dressing, so the description of the story is more like, “Clark Kent is being indecisive about using his powers….oh, and Lana Lang gives you the impression she might fuck him.” Other than that, it’s just a well-paced book about Clark Kent struggling with using his powers to save people. Again. Granted, Tommy Lee Edwards seems to keep the pattern of “Meh story, great artwork” so his sketchy, homespun, family portrait color palette definitely makes for some entertaining fare, so there’s that. Outside of that, this book would be so much better if Landis didn’t promise so much more than what we’re getting.

Bottom Line: It looks amazing, the pacing is outstanding and there’s a hard-boiled quality that helps to make it stand out from other stories like it. So, this isn’t terrible like it was last time, but Max Landis keeps creating hype for this book that he doesn’t exactly deliver on. It’s improving, though.