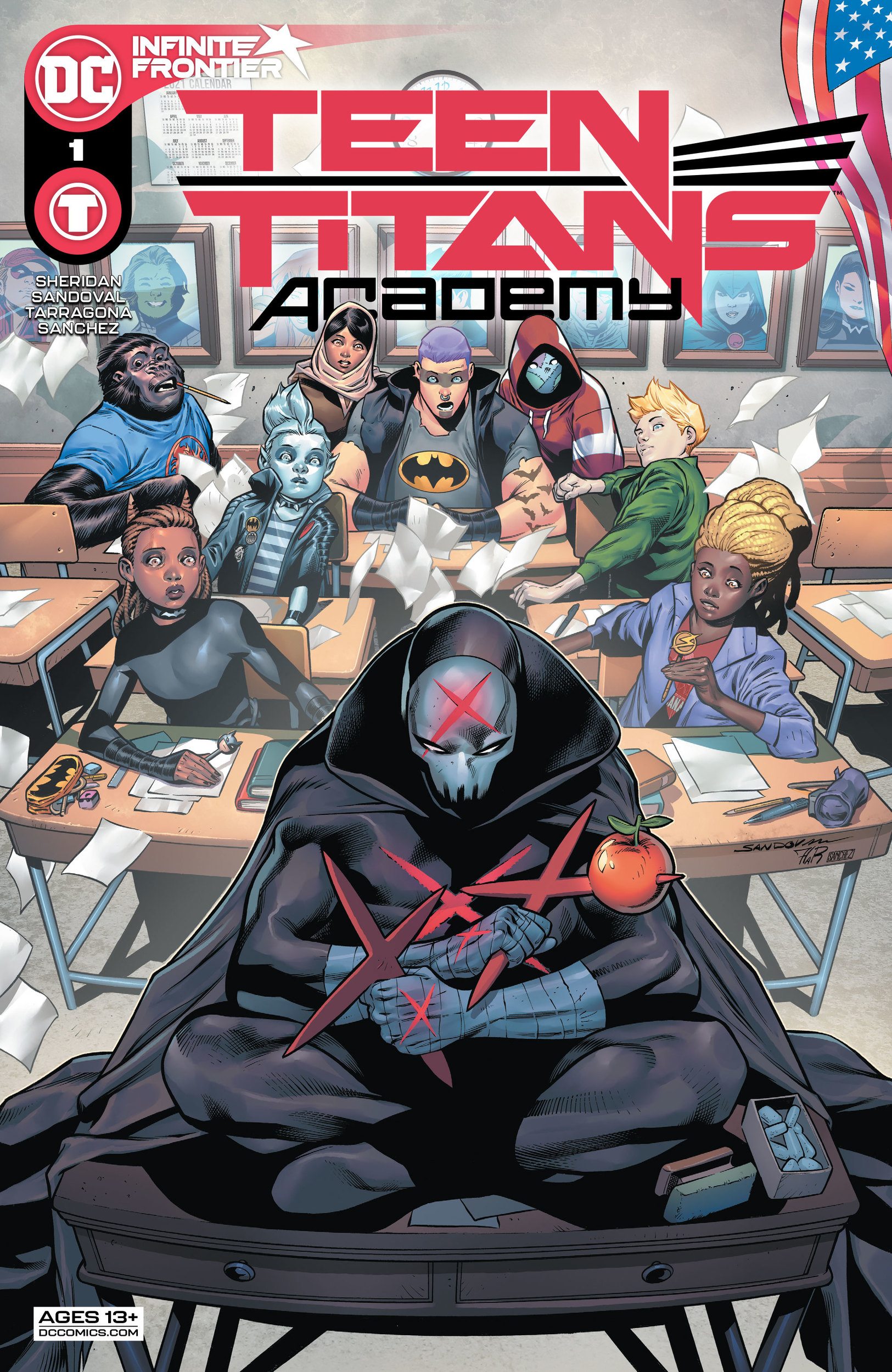 Teen Titans Academy immediately delivers on its promise. It’s full of teens, Titans, and an academy. I never thought I’d be saying Mr. Beast Boy when referring to Garfield Logan, but here we are.

For what it is, Teen Titans Academy is really fun. It allows us all to spend time with some of our favorite characters and see through contrast to the younger characters just how much they’ve grown. It’s a little strange seeing them within a school setting, but that doesn’t mean it doesn’t work.

The mystery posed in this first issue is all centered on the Red X. The new students are all into what he represents, and Nightwing’s history wearing the mask. But he doesn’t want much to do with it. It’s a dark patch of his life that he’d like to forget about.

I found it interesting that they took this approach with introducing this character. If you didn’t know, the Red X debuted on the Teen Titans show back in the early 2000s. He was a somewhat villainous alter ego of Dick Grayson. He provided him a level of anonymity and gray morality that sent him down a dark path. But this is actually his comics debut. So, it was cool to see that his history is now interwoven into the comics as well. But that just speaks to DC’s Infinite Frontier engulfing every story as some level of canon. I guess that also means animated stories.

Other than the conflict, this book is very light-hearted so far. I love the new young characters. I can’t wait to learn more about Stitch, the self-proclaimed Nonbinary effigy, and Gorilla Gregg, a monkey that just seems like a chill dude. On top of that, we were blessed by some fan favorites such as Jakeem Thunder and Bunker. I want more of them as well.

I like Sandoval’s take on these characters. He has a wash of wholesome demeanors spread across the whole team, and the new characters look like they were fun to draw, especially the aforementioned Stitch. He’s also got the opportunity of a lifetime being the first person to draw Red X in a comic. That’s gotta be dope.

If none of that is enough for you, Beast Boy is a full-on Zaddy with a full torso and a beard and Cyborg actually has something to do. You love to see it, and let’s hope to see more stuff we love in the coming issues.