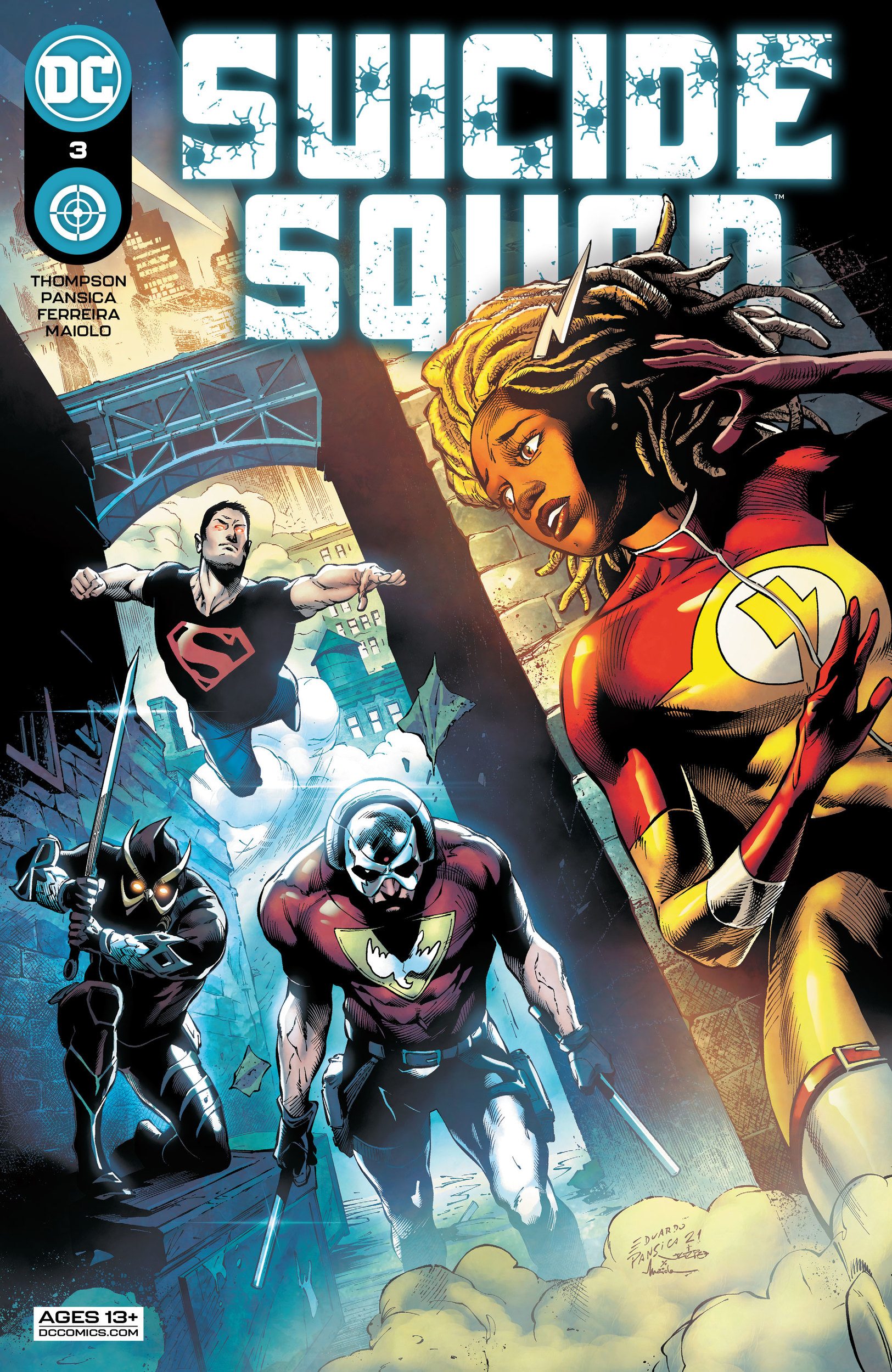 Off the heels of the off the wall Tom Taylor run on this book, we see a new creative team in Robbie Thompson, Eduardo Pansica, and Julio Ferreira take on the Squad and lead them into Infinite Frontier.

I was a big fan of the Tom Taylor run, and I was really sad to see it prematurely end. So, I was a bit apprehensive to try out this book, especially since it hasn’t been that long since the other one ended.

But I’ll say that I’m presently surprised about how good it is. It’s not following the same story as Taylor’s, and it doesn’t feature many of the same characters, but it’s still really solid. And on top of that, it’s still entertaining.

The team features a roster that resembles the Future State version more closely than the classic version. But this is obviously not in that future universe. Maybe this is how it gets to that point.

For the time being, Peacemaker is the leader of the team, with Conner Kent Superboy positioned to take his place at some point. The dynamics are great. Peacemaker is full of moral superiority. This man is crazy. Peace at all cost. Even if that means killing a bunch of people. It’s cool to see the comics show him some TLC before he makes his debut in the films later this year.

As for the soon to be leader, we don’t really know how or why Superboy is on the Suicide Squad, but it’s an interesting mystery. He clearly would like to be anywhere else. I’m here for whatever it may be.

Issue #3 was a crossover of sorts as it featured Bolt, a member of Titans Academy, and a prominent character from that book. I wouldn’t say that you have to be reading that book to understand the contents of this story, but it can only help.

The Squad was tasked with capturing her and bringing her to the base because they need the services of a speedster for whatever Amanda Waller is currently cooking up (we have yet to be informed).

You know the rules: succeed or get your head blown off. The tension literally writes itself each issue. This is popcorn eating storytelling.

It’s safe to say this book is in good hands, and it’s heading in a good direction. I’m looking forward to seeing how it all unfolds.

9 Laundry Room Meetups out of 10